I’ve known about the epicly long movie Australia for awhile now, but not as long as it took to make this movie. Holy crap, delays, research, and 9 months of shoots.

I have now determined that Baz Luhrmann is insane. Or some sort of crazy genius at least. Dude is Australian and proud of it, and wants to showcase a lot of it. Understandable, but the last film I saw that was just a love song to Australia wasn’t the best experience.

What I knew about this film in advance was that it was pretty as heck (so I had to watch it on Blu-Ray) and super long. Sounds good to me.

For an epic movie, I am only allowed to use wallpaper pictures.

Obviously this takes place in Australia. But first, Britain! Also pre WW2. Lady Sarah (Nicole Kidman) is being all rich like, when she heads to Australia to force her husband into selling the cattle farm down there, which is losing buckets of money. She gets there and her husband has a Drover (Hugh Jackman) give her a ride to the ranch, with the help of his two aborigine friends. She doesn’t like him.

BUT OH SHIT. The husband is dead, and his death is blamed on King George (David Gulpilil), an aborigine who lives in the desert. That’s weird. Why would he? No one knows, but the claims come from a neighboring ranch, lead by King Carney (Bryan Brown) and his drover associates Neil Fletcher (David Wenham). I’m sure they have no reason to lie.

Well, Lady Sarah finds out that Fletcher when working for them to move their horses has been letting a few cross the river into Carney’s territory. That thievery is unacceptable, so he is fired, but she is in a predicament. She wants to sell all the horses (preferably to the government, easier), but has no way to get the horses to them! If she sells them to Carney, he will gain a monopoly on Horses, and the government will be forced to pay outrageous fees. So why not hire Dover and his two friends?

What? Three people cant lead 1500 horses on a long trek across Europe? Well, Lady Sarah can ride a horse, and so can her house assistant. And so can Nullah (Brandon Walters), the half aborigine kid. And so can her accountant, Kipling Flynn (Jack Thompson) as long as he puts down the booze.

Great, they just need to cross a very unforgiving Australia, with hot deserts, and potentially people trying to sabotage their mission. Can they make it to Administrator Allsop (Barry Otto) in time?!

Wait. Turns out that plot doesn’t last 165 minutes. That is still only half the movie. The second half is years later, dealing with the Stolen Generation of Aborigine kids, in lieu of efforts during World War II, and other war stuff going on. Holy shit. 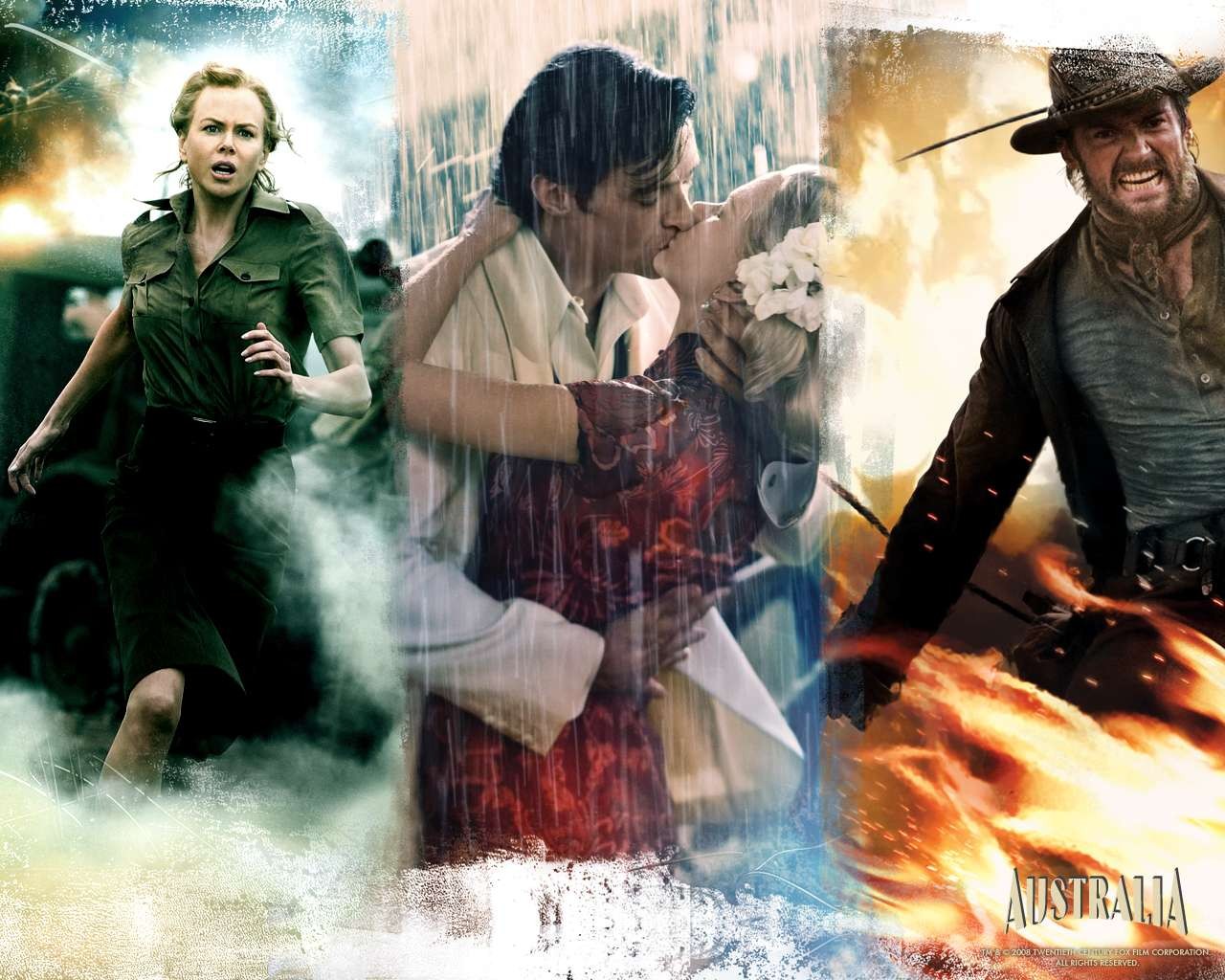 So much shit is going on in this movie.

Alright so, yeah, 165 minute movie. And it definitely felt like two movies to me. Once the first plot ended about halfway through, I was confused. I first thought time went by super quick, but nope, movie 2 began.

I was a bit taken aback by it too, and it took me awhile to adjust to the change of plot and time frame that eventually occurred. So a review of film 1? I loved it. The scenery, the campiness, the adventure. I was taking it all in, and it was fantastic. Movie 2? Didn’t find it as good. Felt a lot more modern, obviously with some war and guns and what not. The campiness and level of scenery were still high, just didn’t find it as interesting. Was a lot less more adventure feeling, and more dramatic/actiony. Yes, the tones change greatly.

But hey, people die. It did remind me of his last big movie, Moulin Rouge! except for a bit less craziness. But in terms of camera work, it was all definitely a Baz style.

I would recommend this movie if you have tons of time, want to go on a journey unlike any reality you know, and have a nice TV/Blu-Ray. Get that DVD/20 inch screen out of here. Won’t be as good.