What would the world be like, without Jane Austen? I mean, she is basically the go to source for Victorian era living, of all social groups, right? So, without her, people might not ever aspire to be…well, Elizabeth Bennet, I guess. 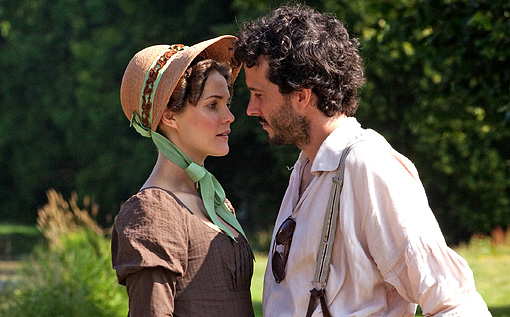 Austenland, where everyone is so hot, it makes people sexist.

Let’s talk about Jane Hayes (Keri Russell). She really likes Jane Austen. Like. Really. She has been obsessed with finding her own Mr. Darcy since she was a little girl, and really that is all she thinks about. It has even started to affect her work life.

Well, thanks to some inner city pressure, she finally breaks down and puts her entire life savings into a trip to Austenland! Austenland?? Yes, Austenland. A week long vacation in England to live like they did in Austen times, and experience a person like a character out of a book. Hooray. No, having a week long trip with a fake romance is not a bad idea, just think about it.

The good news is, when she gets there, she is still the most beautiful girl in the room, she just didn’t get a deluxe package so she doesn’t get all the cool stuff with the other guests, Miss Elizabeth Charming (Jennifer Coolidge), very rich, and Lady Amelia Heartwright (Georgia King), a leggie blonde.

But which of these gentlemen will she end up with? There is Mr. Henry Noble (JJ Feild), clearly a Darcy carbon copy, Colonel Andrews (James Callis), very rich and extravagant and nothing like Gaius Baltar, or Captain George East (Ricky Whittle), from the west indies and foreign! But maybe she doesn’t intend to spend her business time with any of them. Maybe she is actually just interested in the stable boy / butler (Bret McKenzie), who is totally real with her and letting her escape the Victorian era she thought she loved so much.

Either way, just because she kisses one guy, they have to realize that a kiss is not a contract.

Also starring Jane Seymour as the hostess, who is not going to meddle with the love affairs of her guests…unless you’re into it. Okay I am done. 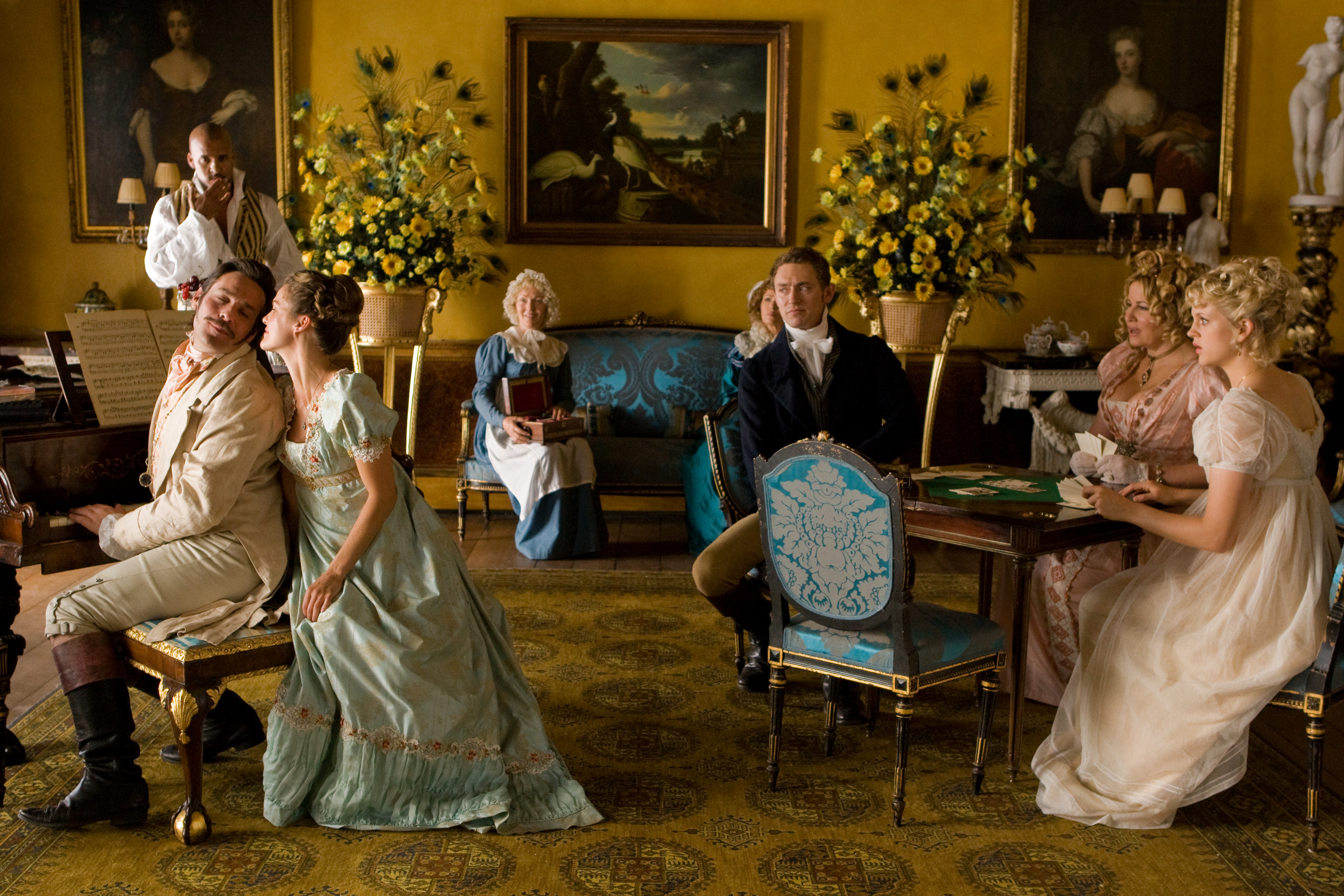 The gang’s all here. So what do they do now? Shit’s boring without internet.

It turns out, Austenland is super fucked up. No, it isn’t just a simple romance comedy. It is very fucked up. Like the end of Bubble Boy fucked up. So somewhat comedic, but also really just out there. I won’t go into it any more, but that is what I felt by the end.

Austenland takes a ridiculous concept, and ridiculous characters and decides to make a movie. The beginning is a mess, and adding Jennifer Coolidge has never made me think better of a movie.

But it does have its moments. There are obvious references to Austen’s work. The male suitors are very entertaining, while being over the top. The plot line between “Darcy”/Bret/Keri was actually interesting by the end, go figure.

And sure, we ended with a relatively happy ending, but sad endings in a romance would be stupid. Austenland may be stupid, but it isn’t that stupid.