A historical drama and political thriller about the works of Shakespeare? Alright. Why the hell not. 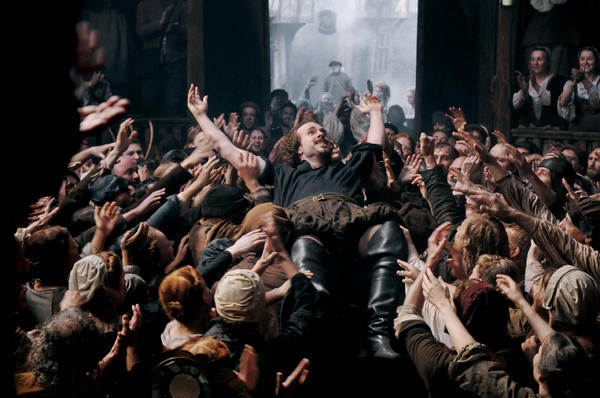 That shit was like a rock show back then.

In case you didn’t know, Anonymous is a movie saying that William Shakespeare (Rafe Spall in the movie) did not write the works accredited to him. No, he was from a family of illiterates, and just an actor who was in the right place at the right time. No, instead it was Edward de Vere, an Earl of Oxford at the time who might have wrote them all! And he is played by Rhys Ifans.

Oh okay. Well why does it say that? Pretty much explains it over the whole movie.

According to the movie, play writes who got out of line back in the day got imprisoned. Nothing too raunchy, nothing against the crown, etc. Some guy named Ben Johnson (Sebastian Armesto) get arrested early on for being such a crude guy, I guess.

But the movie has an Earl doing all the writing, and in secret at that. Writing is also frowned upon for some reason. But he gives his plays to others to publish, under ‘Anonymous’, until Shakespeare takes credit after (Henry the VIII maybe?). Which he is fine with. Good, someone to “direct” all his works. Great.

Theres also the major plot about Queen Elizabeth 1 (Vanessa Redgrave) having sex with EVURRYBODYYY. And having secret children, even if its with people she was related to. Eventually this stuff leads to heir questions, possible revolts and mobs, and some war stuff. Beheadings too.

The movie also begins as if it was a play in front of a live theater, and ends that way too. But don’t worry, it turns into a real movie after the intro, and before the outtro. 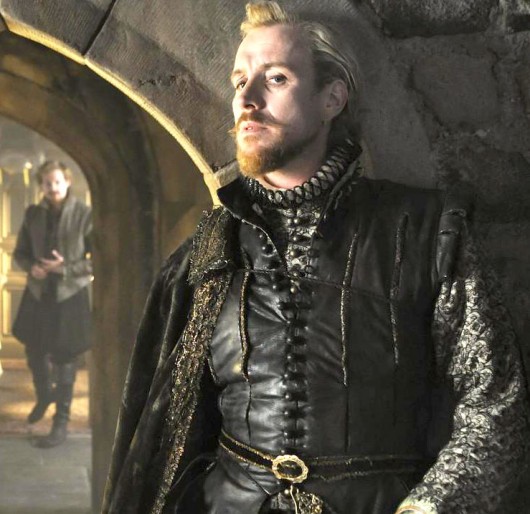 “Your mother is an outtro.”

I can tell you I know very little about Shakespeare’s work. Never really cared. Also historically, I like ancient, but that means older than Renaissance. So any of that stuff wasn’t as interesting to me.

With all the sleeping around and fake babies, it just felt like a modern drama set in the past. I don’t even know how the movie explained that no one would be able to notice the Queen was pregnant all those times.

Also, a lot of the characters looked alike in my head. Kind of like the six fingered man in The Princess Bride. At least half of them. That made it harder for me to just follow along with the plot, which was important, given all the characters. The play also took place over 4 different years, over about 35 or 45 years though. It was more confusing, because I didn’t know when it went super far in the past. The other years at least showed “Five Year prior!”. Maybe the super far in the past one did too. But I missed it.

But anyways. The movie looked pretty, but the plot seemed kind of silly.