Hooray hooray! I have finally got a chance to see Amour, the last movie I needed to see for all the Best Picture nominees this year. BEFORE the award, not several months after.

Plus, it is a foreign film, from Austria, in French!

I must be growing up. I am an adult now, watching adult movies, in adult speeds. 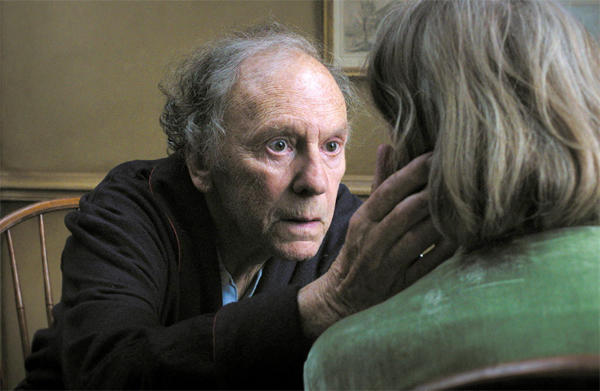 Amour means love, but you knew that. Bitches love amour, and surely if it is about old people, we will get to see a wonderful, blossoming relationship despite their limiting factors. Crap. It could also go the other way. The super sad way.

Studies have shown that old people have a higher chance of dying soon, than say, teenagers. Are we going to see the end of a life, and how sad it is to lose someone you love? Especially if you lose them very very slowly? I should move the above picture ahead a few seconds just to check. 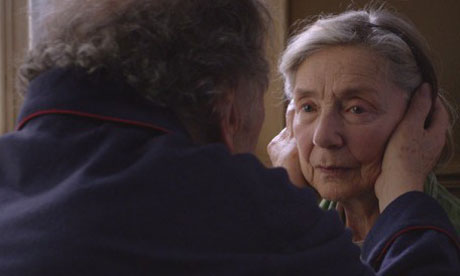 Anne (Emmanuelle Riva) and Georges (Jean-Louis Trintignant) have lived long and prosperous lives. They love music, and have helped musicians with sponsorships (Alexandre Tharaud). They are rich, for whatever reason, and live in luxury. They have a beautiful daughter, Eva (Isabelle Huppert), who is married with kids off in another part of Europe, and life is sweet.

But one morning, during a normal breakfast, Anne becomes unresponsive, just staring out into space, unable to respond to any sort of stimuli from her husband. Eventually she snaps out of it, but it still puts him into quite a scare and he takes her to the doctor. Something is blocking something else in her brain, and if they don’t take care of it, it could happen again but worse.

Well, the surgery goes wrong. A 5% chance, but now Anne finds it hard to walk, and she is forced to live in her own home, bound by a wheelchair. She might get better, or it might get worse. But you already know which way it is going to go.

She starts to move much slower, eventually half of her body gets paralyzed, and she becomes entirely bed ridden. The pain is unbearable, it causes her to scream out in pain throughout the day. She. Wants. To. Die.

But Georges can’t just let her kill herself, can he? The love of his life? 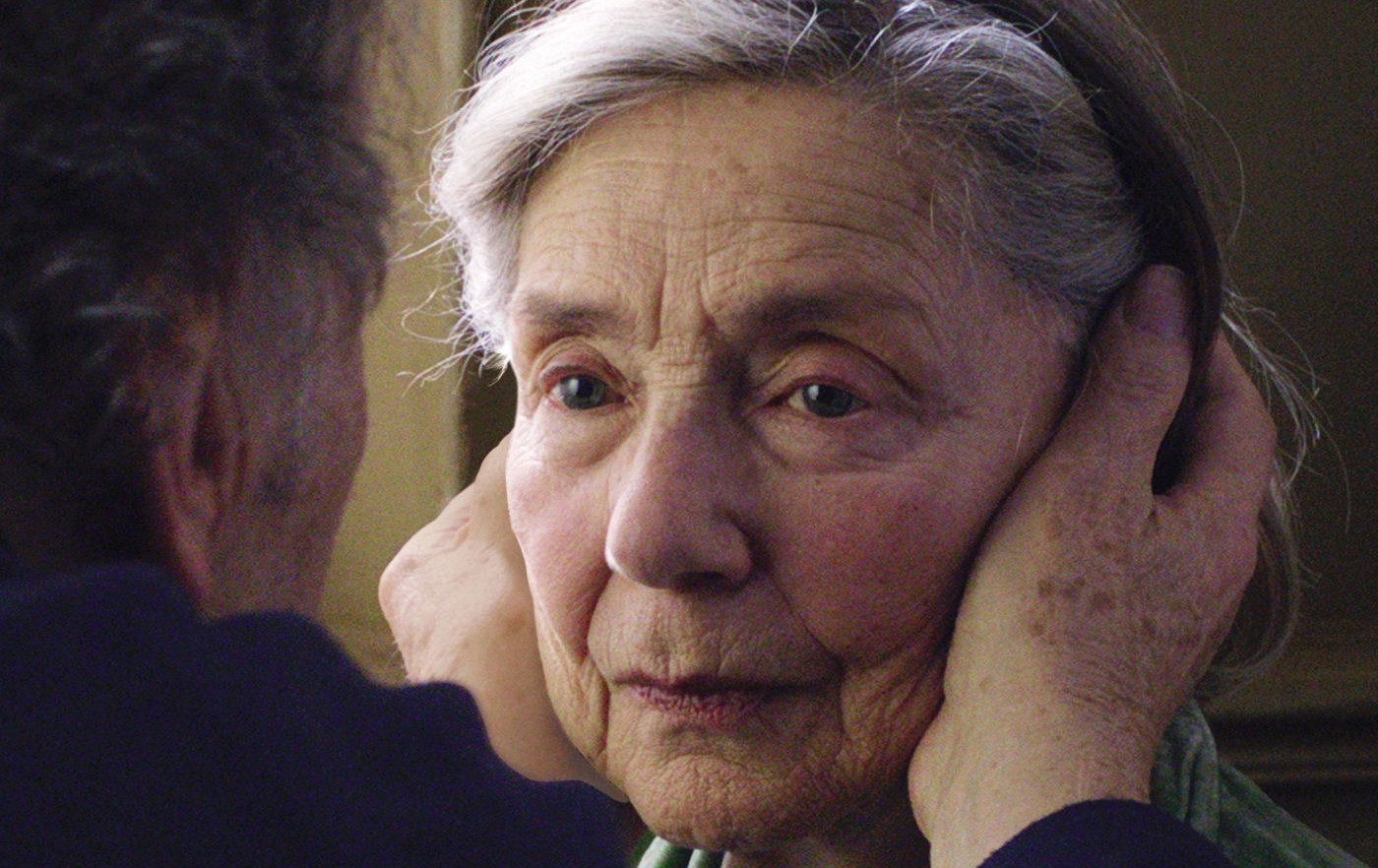 Oh no! It just keeps zooming! I can’t stop, we have crashed straight into sad land!

Whew. That is all I can really say, just whew. I can also say that this film is perfect. I often dislike films for not being realistic enough, in terms of character actions and dialogue, but this one might be on the other extreme side of the scale. /Too real/ and not enough, I guess…entertainment? Even when I go to a drama, and even if it is sad and I cry my eyes out, I still expect to be entertained by the story.

But Amour doesn’t really let me do that. The scenes in this movie are quite long, so the acting was clearly there. But they are too long. They are too slow. Many minutes of watching the husband try and feed his halfway paralyzed wife. Despite feeling the feels that were given to me on the screen, I was still combating sleep the first half of the movie. It was just far too incredibly slow, perhaps perfectly mimicking the slow death of a loved one.

But again, the acting is incredible. If the Oscars are based on talent, I think Emmanuelle Riva wins the best Actress award. The things she did in that movie were incredible and honestly no one else came close to her sort of delivery.