My quest to watch all the Ryan Gosling movies has lead me down interesting paths. It turns out he has been in multiple thriller / almost horror films, but none of them are any sort of standard slasher film. Stay ended up just being strange the entire time, with Gosling as a minor character. But with All Good Things, it is a mystery/thriller, with Gosling at the helm! And he maybe kills someone!

But no. It is still weird and different. 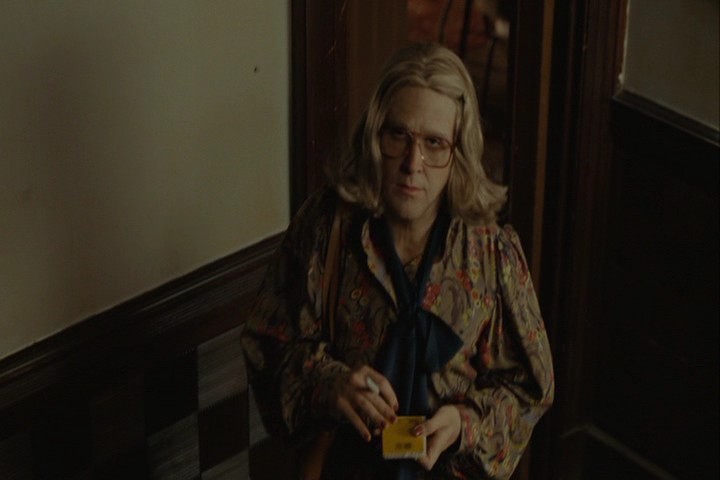 This is the best part of the movie. Gosling as an old man in lady clothes.

All Good Things is based on a true story, kind of. It is based on a guy named Robert Dunst. In fact, it is based on the most famous unsolved murder case in NYC history. But is it interesting?

David Marks (Gosling, aka Robert Dunst, but the name was changed?) is a real estate guy. Making dat money. He didn’t want to though. So he found Katie (Kirsten Dunst) and married all up in her. His dad (Frank Langella) didn’t approve of it.

Well, they move away to Vermont, open up a nice health food store, but still take in money from the family business to subsidize it all. Either way, times are tough, eventually he has to go back to NYC to join the job, make real money. He has to do some shady shit though, causing his mood to change, and become a lot more angry and bitter of a man.

But Katie stands by her man. And eventually dies. But was it David? WAS IT?

Hey, Kristen Wiig is running around. ALSO. There is a clean shaven Nick Offerman, but I can’t find good proof of it on the internet. But it is mindblowing. My second favorite part after the first picture. 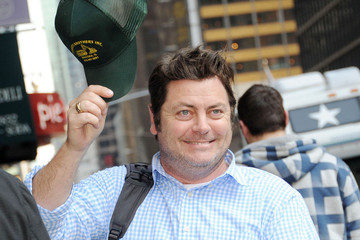 Just, imagine him with even less stubble and even more humility.

Another moment where acting is pretty darn fine and consistent, but no one cares. Shit, it was hard enough to keep up with the story, having different court room procedures interrupt the story, making it all feel out of order. But the only reason why I know how it ends is thanks to the words they threw at the ending, to tell me where the characters are today.

Whether they are still dead and not sure who killed it, or hiding in drag, or what.

I guess part of the problem with doing a movie about an unsolved case, is not actually knowing what happened. Like the rest of the world. So it is a bunch of bullshit anyways.

Apparently Robert Durst liked the movie? That’s fine. Don’t care. Sucks to be him if he didn’t do it and everyone assumes he did though. Just. Just no.