Beatles. People love The Beatles. I can understand their cultural impact on rock and music afterwards, and appreciate it, while not caring about their music at the same time.

Now that that is out of the way, moving on!

Across The Universe is a musical, not adapted from Broadway (original (almost!)), and features only Beatles music. Yay! Well, more or less that means nothing. I knew I’d watch it one day, just wasn’t rushing to the stores when it came out to see it. They can’t all be Mamma Mia! 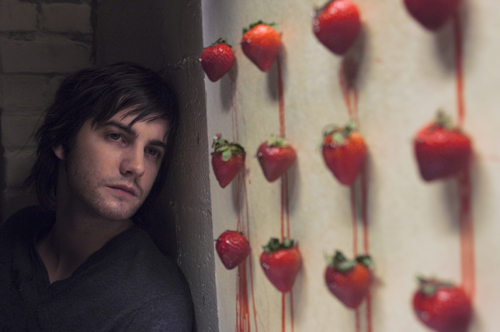 I bet if I showed random pictures, hardcore Beatles fans could guess the song associated with it, even if they haven’t seen the movie.

Across The Universe is a few different stories wrapped into one, about different people in the 60s/70s America. Each character has its own plot, and gets wrapped up in the rest but all come from their own different backgrounds. Jude (Jim Sturgess) (Come on, you knew someone would be named Jude) is a individual from Liverpool, who has never known his dad, an American who was came over during WW2. So he gets to the USA, illegally, to look for his dad.

At the university where his dad works (janitor), he meets Max (Joe Anderson) a rebellious spirit, and eats dinner at their house, where Max’s dad is very angry about his sons lack of prospects. Jim also meets Max’s sister, Lucy (Evan Rachel Wood) who is upset because her boyfriend is going off to war. After an argument, Max leaves the house and Jim agrees to get an apartment with him in NYC (BFFs instantly!).

They find a loft sharing with the much older, trying to make it as a female rock star Sadie (Dana Fuchs) who provides a nice outlet for singing Beatles songs if there is no good context. Yay bands in musicals. Jo-Jo (Martin Luther) leaves Detroit after the 60s riots, where his younger brother was killed, and eventually finds and joins Sadie’s band as a lead guitarist before she hits it off big. Also interracial loving.

Also Prudence (T.V. Carpio), an asian cheerleader who just finished high school, left the area for being in love with another girl and unable to show her feelings. She also moves to NYC (and that apartment), falls in love with Sadie, but she doesn’t like chicks. She also is pretty emo, runs away a lot, joins a circus and shit.

Main storyline wise, eventually Lucy also goes to NYC after her boyfriend dies in ‘Nam, and develops feelings for Jude. Max also gets drafted and goes to war where everyone assumes he dies. Jude is a painter, and can’t get into protesting as much as Lucy does (who might be getting it on with some anti-war people), and eventually gets sent back to the UK for being here illegally. In the UK, Jude assumes Lucy dies in a home made bomb explosion, and lots of sad things happen, before some happier things.

Also are cameos by Bono and Eddie Izzard, both involving drugs and other free spirit hallucinogens. 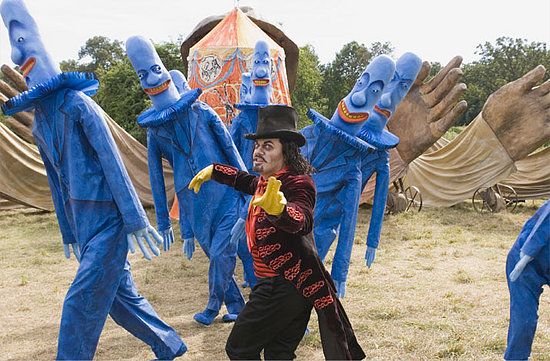 That was a shit ton of story lines, and plot, and I left out plenty. But lets face it, if I put another paragraph explaining the ends to all the storylines, you wouldn’t mind much. You want to watch this movie for the music, not the acting or plot lines. But still, plot wise, I found a lot of it interesting. I found the Prudence plot line a bit more confusing, must have missed it a bit in the beginning. I liked Jo-Jos a lot, and Max’s, but the main Jude/Lucy plot line felt weird to me. Just didn’t believe it all, too much weird angst.

The movie also movies very fast, and is over two hours to encompass all the plot (and more music, of course). Generally most of the songs were good, and as far as I could tell, most sounded a lot like the Beatles versions. There were obvious changes to some, and mixed songs, which were generally decent. My favorite parts would be the Let It Be/ Come Together scenes, involving Detroit riots, the brother, funeral, and Jo-Jo leaving. Felt pretty powerful to me. Also only click that first one if you want to be sad.

A lot of the choreography was really good as well, in particular the I Want You (She’s So Heavy) song, which I hadn’t heard before. But that one is also incredibly weird.

So hey, overall I will give it to the filmmakers for trying something different, direct to film musicals are always rare, and generally try for wider appeals. But jukebox musicals are an easy way to get it done. “Like the Beatles, then you will love this song!”. Overall, despite the decent singing, good choreography, I felt the film just had too much going on in it. Crazy ass visuals were distractions for me, and harder for me to grasp what was actually happening at times.