Based off box office records and IMDB ratings, I am probably the only one who wanted to actually see A Thousand Words. I obviously didn’t know the plot beyond “For whatever reason, this guy will die if he says 1000 more words.”

I’m fine with that. Could be a really good movie, funny, and probably a good message in it. Maybe even be surprisingly super sad, like Click. 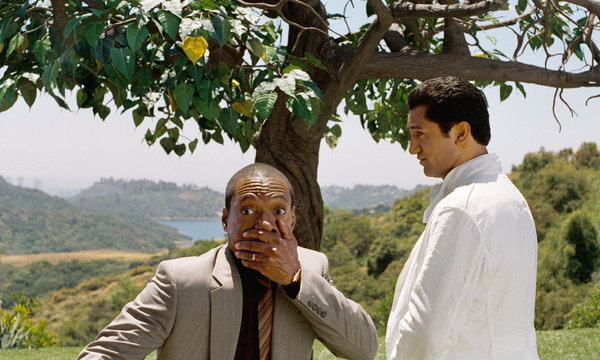 This also means a movie of Eddie Murphy making funny faces at us.

Jack (Murphy) is a PR Rep. So he talks a lot, and talks in circles around people. Always trying to get more money. His house is amazing, although still a bit bachelor pad, which makes his wife (Kerry Washington) a bit mad. They have other relationship problems, and she feels like they have stagnated, but he doesn’t see it. Also a kid, they have one.

His firm is trying to sign Dr. Sinja (Cliff Curtis), a very popular faith/spiritual person in India, to a book deal. If he had a book, it would sell like pancakes. PANCAKES. And make everyone lots of money, and Jack’s boss (Allison Janney) pretty damn happy. After telling Dr. Sinja he is willing to follow his philosophy to make the deal, he is pretty ecstatic.

Somehow though, a tree pops up in his yard. And eventually with the help of Dr. Sinja, he notices that every word he says has a leaf fall off. Logic states that if a tree loses all its leaves, he will die. So he is fucked unless he can figure out how to stop it (he can’t). He is now attached to this tree, which he finds when he tries to knock it down in anger. The only other person he is able to convince is his assistant (Clark Duke) but it takes awhile. Because also writing down the words takes away from it too. And flicking someone off counted as two words. Err.

But can he eventually figure out how to make the tree stop dying, while you know, not losing everything he cares about? Also, why is Jack McBrayer such a bad Starbucks Barista? 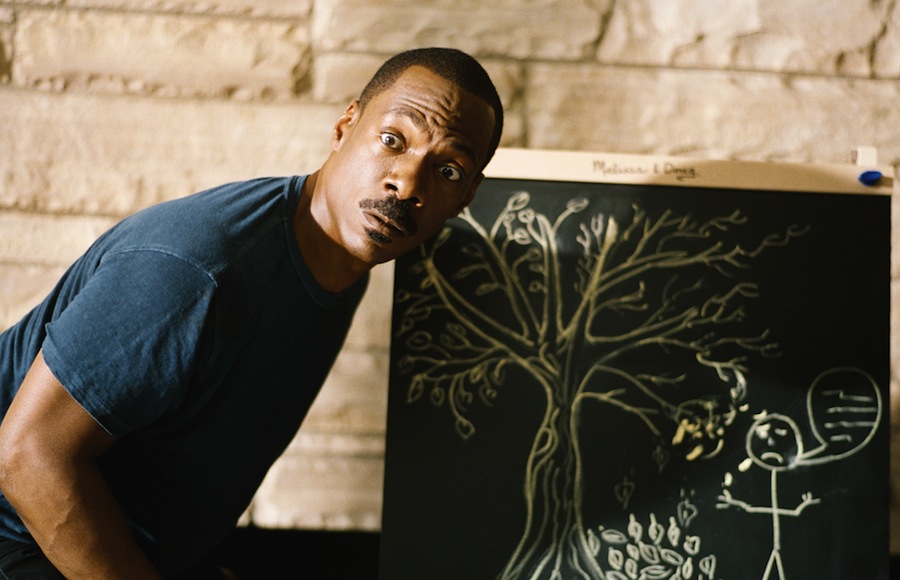 “When I talk leaves fall down and then I die.” How hard is that!?

Bah. One thing that bugged me is that flicking off scene. That counts as two words? Yet the rest of the movie where he does charades and stuff does not count? That’s a sketch grey area.

Film was not as good as it could have been. Funny parts were far in between. The powerful message was a bit more vague and not as heartfelt. There was one whole scene in the movie that could have hinted what the problems in his life were, but it did a poor job. It could have been a powerful message, touching and all, but it just didn’t build it up properly at all. So overall, it was just a big let down.

The last dozen or so leaves had me very interested, and I was getting excited with where it was going. But the last leaves? Bah. What? That’s dumb. Oh well.