When I saw the movie title A Perfect Getaway, you know what I assumed it was about? Cars. Crime. Running away from crime maybe and being awesome on a beach. Something with action and betrayal. All of that you know?

Turns out I was wrong. Perfect Getaway refers to the location (this location being someplace in Hawaii). And it is a lie. It isn’t really perfect. Because there is a couple of psychopaths apparently running around, murdering couples. What!? DID I ACCIDENTALLY WATCH A HORROR? Fuck! 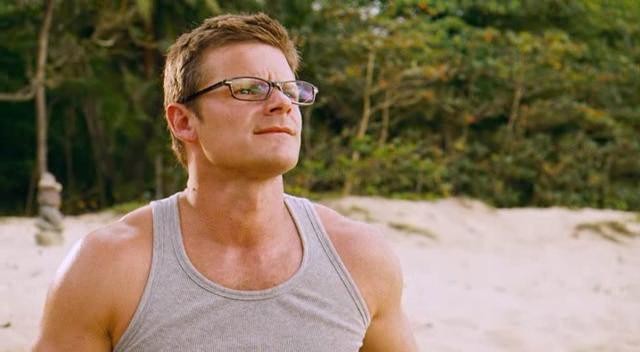 My perfect getaway is nerd-free. Including myself.

Milla Jovovich and Steve Zahn are a couple. Oh yeah, start suspending your belief. They just got married, so they want to go on a vacation. Steve being a movie writer or something, and Milla just being whatever. Their goal is to hike out to a remote part of Hawaii, that you need permits to camp in, and enjoy being alone and free!

But they run into other people. Like Chris Hemsworth and Marley Shelton, two free spirited hitch hikers on the side of the road, who they don’t give a ride to. Yes, Thor plays a dirty hippie like character. They refrain from showing you his god like face at the beginning, because you need time to fully comprehend this fact.

After they run away from them, they run into Timothy Olyphant in the wilderness, who ends up saving Milla’s life. They follow him, since he is way cooler, and they find out he has a woman of his own in Kiele Sanchez. They also end up finding out that a newlywed couple was killed in a hotel where both groups had just come from a few days prior. Not only that, but they know a couple killed them, and removed their teeth and finger nails to make it so they couldn’t be identified.

But who did it? Who can trust who? Or, is their an additional couple out in the wilderness, stalking them, trying to kill them all? 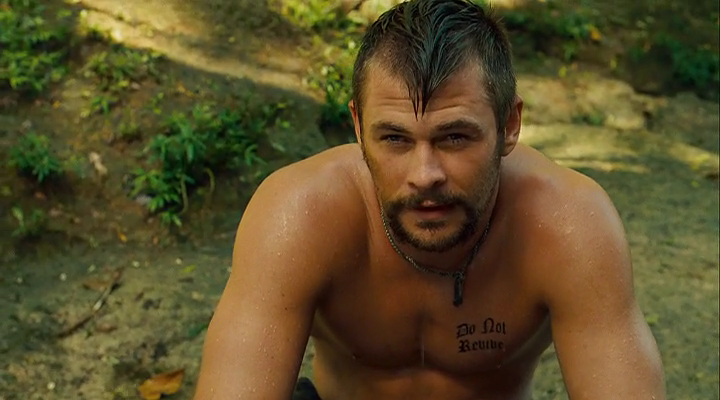 Or was it just Thor? He seems twisted.

So, obviously once I realized this whole movie was about an island and not car racing, I had to take a step back. Make sure I wasn’t missing anything. The questions you would wonder are answered about 3/5 of the way through, and are pretty interesting. Unfortunately, it then goes through a whole bunch of flashbacks, that really take you out of the moment. You know, since it takes you through the last few days again. So unnecessary feeling.

After the the action tends to pick up again, or at least panic does. They do a lot of interesting camera shots, that seems like they were just made for trailers, and seem weird in an actual movie to me. So, despite it being an interesting story, I think the film shot itself in the foot with the last 2/5. Which just disappoints me even further.

But hey, I could just be upset that there was only one car scene at all.