Skip to content
HomeUncategorizedA Beautiful Day In The Neighborhood

Did you see Won’t You Be My Neighbor? It was a documentary about Mr. Rogers, came out last year, it is amazing and the best documentary of 2018. It wasn’t nominated for an Oscar though, because everything is stupid and life is meaningless.

Wait wait wait wait. I shouldn’t say that. Mr. Rogers would certainly disagree with that statement.

And in A Beautiful Day in the Neighborhood we have to look at Fred Rogers and get judged all the while, because it is hard to live up to perfection. 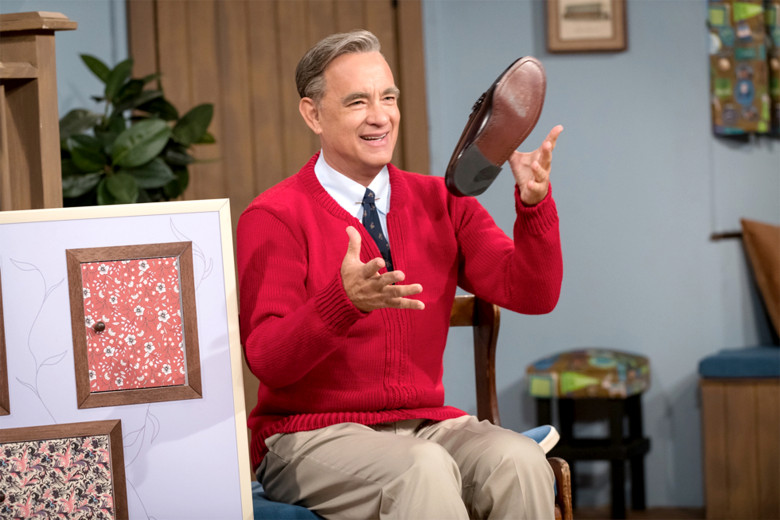 How can he interact with kids all day, and keep his house clean at the same time?
It’s a beautiful day in the late 90’s, and Lloyd Vogel (Matthew Rhys) is a journalist. He writes for Esquire, and has a history of really going hard after people. He is an investigative reporter, he brings up dirt, he exposes people, and a lot of people don’t want to work with him now. He also recently had a baby with his wife (Susan Kelechi Watson), who has stopped work to stay with their baby boy.

And sure, things are tough. He actually recently got in a fist fight at his sister’s third wedding, dealing with his estranged father (Chris Cooper) who wanted to recently reconnect after a really rough childhood.

And now? And now Lloyd has to go to Pittsburgh to interview Fred Rogers (Tom Hanks) for a fluff piece for his magazine. They are going to do a story on heroes. He only needs 400 words, barely anything. And well, Lloyd things that he can crack him. That there is someone different underneath the Mr. Rogers facade.

But while trying to get to the real Fred Rogers, it turns out that Lloyd is being cracked open as well. 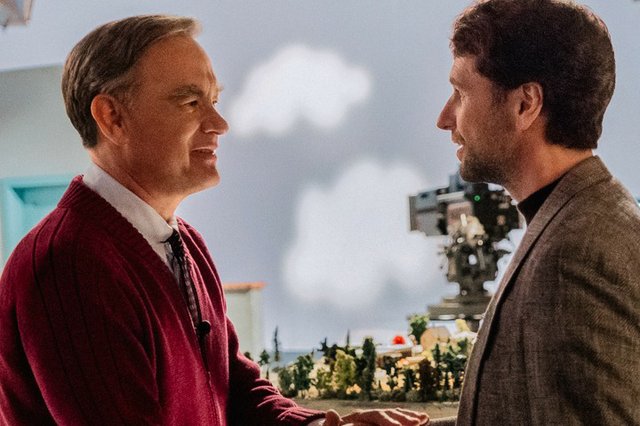 How dare a journalist learn something about themselves in an interview. How shocking!

A Beautiful Day in the Neighborhood is going to suffer due to poor advertising on the reality of the film.

First of all, a movie about a journalist interviewing a celebrity and it changing their lives is not a new subject. Just recently we had The End of the Tour and My Dinner with Henre, it is certainly turning into some sort of trope. And with advertising it is not really super clear that this is the case for this film, unlike the previous two mentioned.

No, this looks like a movie about Mr. Rogers! Doing Mr. Rogers stuff! Being humble and awesome! And sure, that happens in this movie, but so, so, so much of the focus is on the journalist dealing with his issues, and Mr. Rogers being the magical other person fixing his life with positivity.

But the issue is, and no offense to the real journalist, no one cares about him. Those parts drag down the film. I went in wanting Rogers, and sure, he was in it. His style his way of talking, his voice, his show. They were all featured and a major aspect. And yet, who cares, no big deal, I wan’t more.

Watch the documentary if you want a better Rogers experience. And yes, Hanks does good at the acting.