Something must be in the water, because this is my second “made for TV” movie in a few weeks. Not to spoil the surprise, but I have a third one next week as well.

To give 7 Days In Hell some credit, it is at least an HBO movie, so it won’t be restricted by what stay at home moms want to call the network to complain about if it gets too violent, sexy, grotesque, or angry. They can do what they want!

The release of the film of course is due to Wimbledon about to finish, so why not have a quick mockumentary about a game that never happened. This film is of course inspired by the Isner-Mahut Wimbledon match up in 2010, that went for over 11 hours over 3 days, and was the real game that would never end. It is not based on the Wimbledon romantic comedy from 2004, which (screw you haters!) is actually one of my favorites of the year. 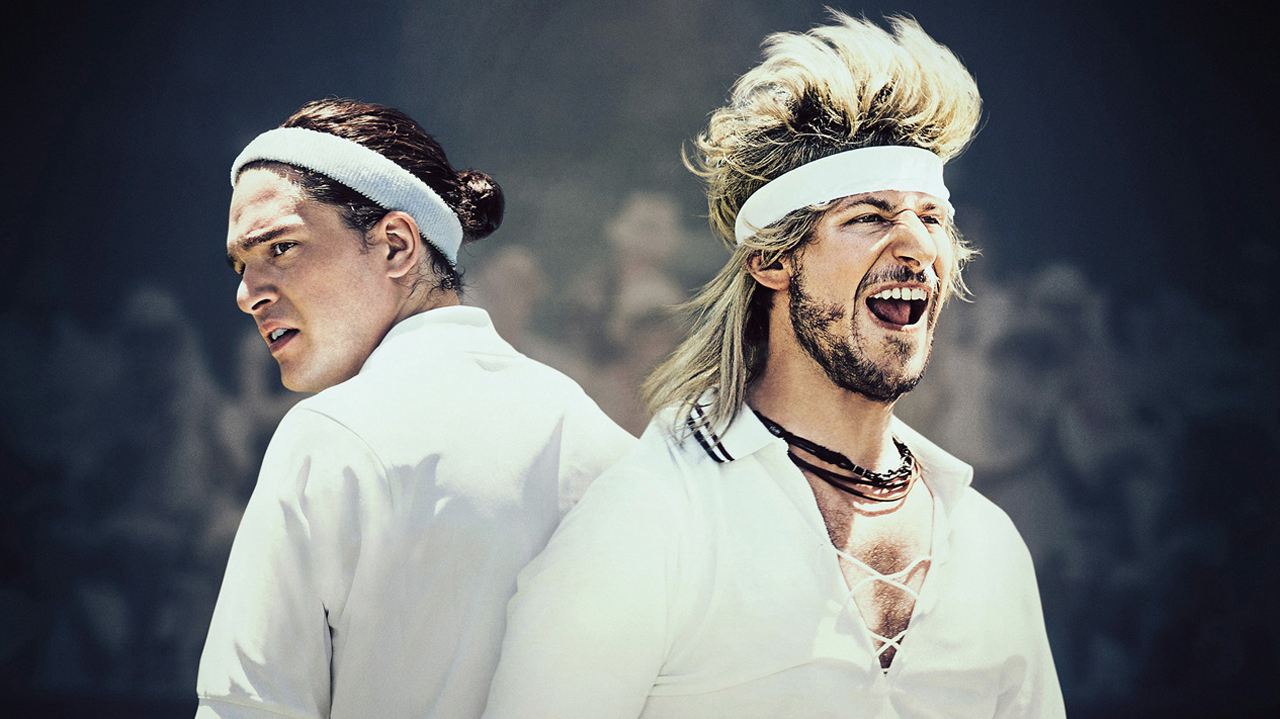 This historic match took place in the early 2000s, but before one can find out why they battled hard enough to play tennis for 7 days straight, one has to see where the men involved came from.

Aaron Williams (Andy Samberg) had a reverse Blind Side situation, where he was a white kid on the streets and he got adopted into a black family. Note the last name, yes, he was the adopted brother of the Williams sisters. So it is no wonder he too became great at tennis. Never great enough unfortunately. Because after a huge accident one serve away from winning Wimbledon in the 90’s, Aaron has never been the same. His game was off, he had to turn to other careers and eventually wound up in prison. His hot head personality is missed on the court for many years until he gets out of jail.

On the other side, we have Charles Poole (Kit Harington), a child prodigy, starting to play tennis at the age of three. Some say his maybe abusive mom (Mary Steenburgen) forced him to be the star he is, but it worked and he became the youngest pro ever. He is also the best chance of a British person actually winning Wimbledon in a long time, coming into the tournament at the 2nd overall seed. He is also close to retarded, having no real schooling outside of tennis and graduating from a truck driving school.

Needless to say, due to (plot), these two gentlemen find themselves playing each other in the first round, Aaron to get back to the top, and Charles for his country and to be the very best.

But then rain delays were just the beginning of the issue, in this back and forth match where a player could rarely hold an upper hand, until, you know, it finally ends and stuff.

Any documentary of course has people to tell the story, so we got a few of those! Including a few tennis historians (Will Forte, Fred Armisen), a Jordache Executive (Lena Dunham), the girlfriend of Charles’ at the time (Karen Gillan), and a creepy TV interview host (Michael Sheen). But that isn’t it, the story is also told by David Copperfield, John McEnroe, and Serena Williams! 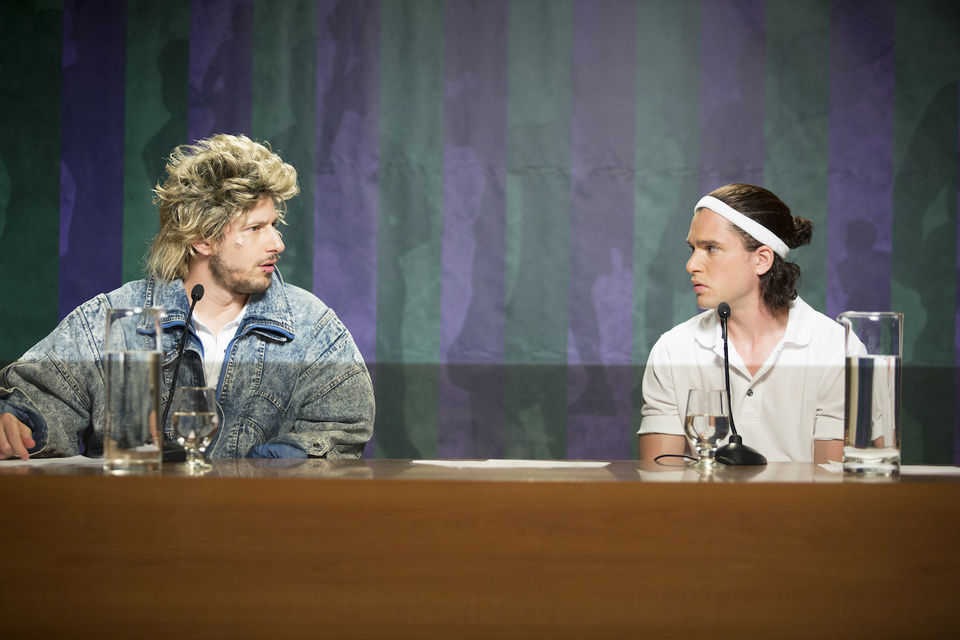 This is bullshit, they should be playing overnight as well. Who gave them breaks?

I tend to try and have some sort of time criteria for a review. If a movie isn’t an hour long, is it really a movie? Or is it a strange television episode? This in particular has made documentary watching harder, because there are a lot of made for TV documentaries that include commercials leaving the viewer with 40-45 minutes of material. Most notably in this group would be the ESPN 30 for 30 documentaries, which this mockumentary is actually styled after. So it makes sense for the movie to only be about 43 minutes in length, and hey, I will let it pass, because the teaser for it made me giggle. Damn it.

I was surprised at how many jokes it could cram into one tiny documentary. A lot goes on with their lives and with the game, and it feels good not really spoiling any of it. In particular, after Samberg, Forte and Armisen provide the most laughs as the historians.

This is a tiny project and it definitely works for what it is. If anything, Harington is actually the most disappointing aspect. I don’t think it is him, but they gave him a lame character to play. Either way, I hope they do more movies in this style in the future, as they can provide easy entertainment probably relatively cheaply for the channel.