Ohhh. The girl’s name is Summer. I see what you did there, movie. That makes more sense. I mean, Summer is generally only 3 months, and Summer break is much shorter. I tried to watch this movie last fall, but people kept interrupting me at the start, making me confused, and then I was all, rawrrr! But now a year later, through the other normally timed seasons, I finally get to see what it is all about. 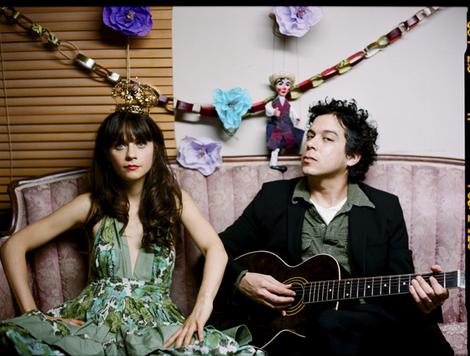 This stars a dude played by Joseph Gordon-Levitt who is really obsessed by Zooey Deschanel. So really it could be about anyone. Said dude finds himself not worthy for said girl, but his whole relationship with her, from beginning to end, takes about 500 days. The movie was not shown in order though, which gave it more pizazz. Before any new scene, a number appeared, so you would know when in the relationship the events were unfolding, and even had a nifty narrator to help you piece things together.

However, if someone told me there was a big dance number because JGL finally banged Zooey D, I would have definitely seen it sooner. Zooey D herself seems like the type of person who would do that. I blame the New Girl. Seriously, how great is this scene (obviously don’t watch if you don’t want to see it until you see the movie).

Unfortunately because it was told through JGL’s eyes, I definitely ended up hating the character. We don’t get to see her reasoning or her side of the story. I actually liked the overall ending too. Didn’t see it coming. Also, it ended it on a pun kind of. Which is great.