I originally listed this movie as 30 Seconds or Less. Whoops. Minutes are larger than seconds, by at least a factor of 60. Math! 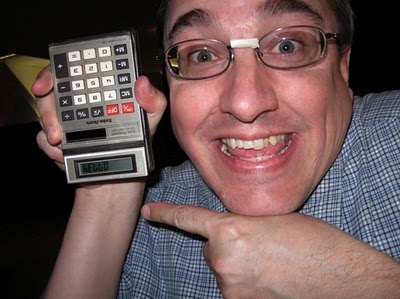 The start of Skynet was actually learning how to make calculators speak.

So we have the good guys. Mark Zuckerberg and Todd Haverford.

And the bad guys. Kenny Fucking Powers and Bucky Larson. Ugh. Sorry. Nick Swardson is better known as Nick Swardson. He doesn’t have many memorial roles. Instead you think of him as that guy in blah and blah.

Jesse is just a down on his luck no prospects pizza delivery boy. For some reason, his restaurant also has the 30 minutes or less guarantee, which as everyone knows is silly. No real basis for who’s clock is actually right, just leads to a whole bunch of problems. Especially since they apparently don’t start the timer until the pizza is given to the driver and on the way, not when the call is made. How are these customers going to be all “oh man, 2 minutes late”. Unless they magically know when he left. Err, nevermind.

So yeah, he is a slacker, but a good guy and smart. Danny McBride is living off of his dad (a war vet’s) wealth, and mad that his dad keeps buying shit with his lotto earnings. He figures at this rate, by the time he dies, there will be no money left. So why not have his dad killed? But they gotta play it smart, cant just have them be the killer. So they find a guy who will do the job, but first they need $100,000.

Using that same logic, they think they should find someone else to steal the money for them too. So they agree to kidnap a complete stranger, strap a bomb to his chest, and give him 24 hours to rob a bank. CRIMINAL. MASTERMINDS.

This was a pretty funny movie. Aziz may have been the funniest part of the movie. But that is because he is secretly one of the funniest people in television. It is his high pitched voice when he is yelling that does it.

Danny McBride acted how he generally acts in all movies. Swardson was dumb sidekick. Jesse E is in more serious things than he is in comedies. He was a funny character as well, but more importantly, when he had a bomb stuck to his chest and he was panicking, I believed the fear he displayed. That alone is almost worth the watch itself. It is hard to play believably scared, especially in a comedy, but he does it well.

So yeah. Good movie. Why aren’t you watching it yet?