Roland Emmerich. You all know him. He brought us the new Godzilla, Day After Tomorrow, and 10,000 BC. Sure, he also brought us Independence Day, but some people don’t like that (I do!). But not really the others. All over CGI’d disaster films (like ID4. Shh) or just overly CGI’d mess, if not a disaster. So, as expected, 2012 is pretty much the exact same thing. 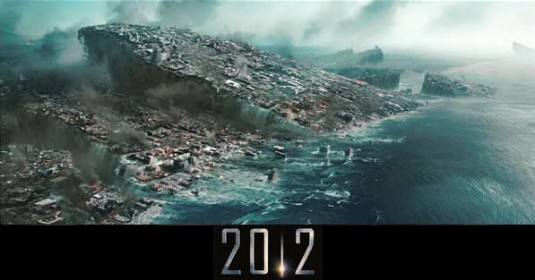 “Welcome to Earth!” – Will Smith, narrating the movie.

Plot of the movie is simple enough to grasp. 2012 in December is the end of the world. Why? Mayans “predicted” it. Or they just stopped caring at least. Oh shit though. Large solar flares fucking up the earth. I think melting the core (err) or something, causing crustal shifts and other problems. Oh man, the poles end up switching, land breaks apart, and so many earthquakes guys. This leads to Yellowstone blowing up (a supervolcano) and a lot of tsunami’s from the earthquakes.

Some people knew this may happen a long time ago. So they began making “Arcs” to hold the rich, the powerful, and the brilliant, to recreate the world once all this shit happens. John Cusack, who was camping with his son and daughter in Yellowstone, heard crazy old Woody Harrelson talking about it all, and started to believe him. Similarly, GEOPHYSICIST played by Chiwetel Ejiofor is trying to get DC to evacuate and stuff.

We also have Danny Glover as the president, who is getting two old for this evacuation shit, and his daughter, Thandie Newton. Who else? None other than Oliver Platt as vague political guy who wants to save himself. Amanda Peet plays Cusack’s ex wife and Thomas McCarthy as new husband, boob doctor.

That is probably enough.

So as expected, this movie is a mess. It is actually 2.5 hours long, so you will get your disaster on hard and you will get it on long. I am a big fan of a geophysicist not only being an important part of the movie, but also a strong moral leader for the other characters. Normally since geophysicist are usually seen as godless people anyways, its good that this one could be that and a good person.

What else was kick ass? Woody Harrelson as crazy conspiracy nut. 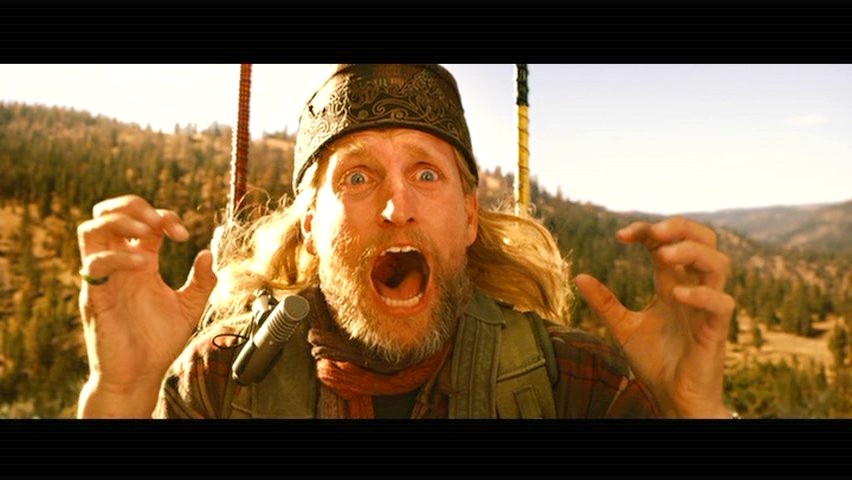 Neither left nor right wing, this guy isn’t even a bird.

So what was the bad parts? I could do a long article about how scientifically some stuff is stupid. But I won’t. But seriously? The supervolcano was actually UNDER exaggerated when it exploded. Which is crazy for any movie to do, but I guess they wanted to have a plot afterwards as well.

But a bigger complaint to have, that in terms of “Disasters” they used the same device three times to show panic and running away. Meaning, on three separate occasions, with the same group of people, there was a panic to hurry and have their plane take off with not much runway. Three. Times. In a row, actually. Every place they went, until the final “oh now its hard to land” scene. There wasn’t much creativity there at all. Very aggravating.

Effects were okay. Kind of got tired of them killing off people just for the sake of killing someone, instead of any good real disaster reason. (See: When they first get on the Arc).