I have a big problem with The Devil’s Double. The cover. It is atrocious and hard on the eyes. So I will fling it at you readers now! 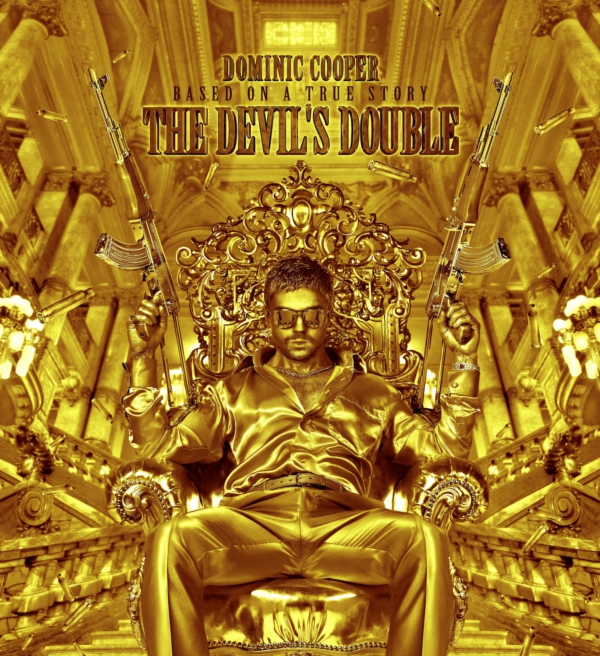 ZA GOGGLES. ZEY DO NOTHING!

Like, whoa right? So much gold. The word double? Maybe this is about gambling. Dangerous dambling.

YOU WOULD BE WRONG.

This is based on the “True” story of Latif Yahia, a normal man just living in Iraq. Unfortunately for him, he looks a lot like Uday Hussein, son of the more famous Hussein you may remember dying from a few years ago. Both roles are played by Dominic Cooper (from Captain America! As Howard Stark!). I know what you are thinking. A guy plays two roles? Lame.

Well don’t worry, this isn’t some Disney channel Friday morning movie (Despite when I am posting this review). He plays both roles distinctively enough so that it is pretty awesome. They also have slight differences in their faces too, enough to make them seem different. And you know, mannerisms.

So Latif gets forced into being a body double, to become Uday Hussein. Live with them, take in the glory, and act like a crazy asshole. Apparently Uday is a crazy asshole in real life (well, was. Go America!). You know, lovin’ those little girls. Shooting people. Drugs. Partying. All that stuff.

Obviously Latif doesn’t want to do this. He has morals, damn it. He has a real family. So the movie is him trying to do his job so that his family back home (who thinks him dead) doesn’t get killed, while also trying to deal with the morals that come with doing bad things.

The movie is very over the top. People like to compare it to Scarface, just in terms of “Whaaaat” factor. I could kind of see it. I assume most of the movie isn’t real, except for the general story. Because this is Hollywood, not a documentary.

If they had one more double, they could take this show on the road!

Overall the story wasn’t too exceptional. However, Dominic Moore really busted out some acting chops for this movie, and it shows how much work he put into it.

Some people complain that it is entirely in English. I hate those kinds of people. If there is only one language spoken in a film, I think it BETTER be in English (if an American movie). Afterall, everyone in it can understand each other perfectly, so we should too. I assume they are speaking Arabic, but I can understand it perfectly, so it sounds normal to me. Oh yeah, Go America!