Rock Of Ages is probably going to be another biased review. I’ve had the soundtrack for the musical for probably a couple years now. Wanted to see it since I first heard about it and love the soundtrack. Lots of mixes between songs, and interesting ways to do them. So when I heard about the movie version, I knew I had to see it as well.

So finally, months later, I got a chance to, hooray! Time to rawwwk! 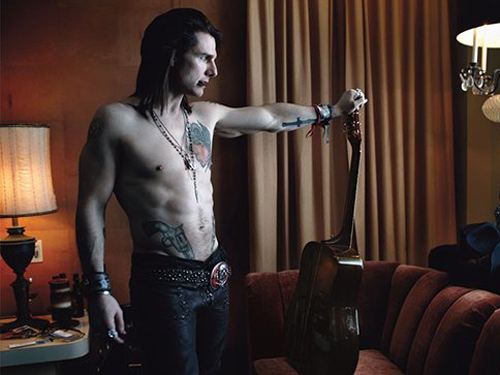 I said rawk, damn it. Not stand their and look solemn.

This story is mainly about a small town girl and a city boy. Drew Boley (Diego Boneta) is working as a bar aid at the famous The Bourbon, a concert hall / bar in LA. A city some may say was built on rock and roll. Sherrie Christian (Julianne Hough) had just arrived from Oklahoma and looking to be a famous singer! She of course gets mugged right away, and Drew kind of saves her. But not really. They immediately hit it off, and Drew gets her a job as a waitress at the Bourbon, despite the owner, Dennis Dupree’s (Alec Baldwin), negative reaction to it. But thankfully Lonny (Russel Brand), the second in command and MC seems pretty cool with it all.

A new mayor is getting elected in LA, Mike Whitmore (Bryan Cranston) who’s wife, Patricia (Catherine Zeta-Jones) is going to help clean up the streets. Using good christian values, and the best way to do that is to get rid of rock and roll! The center of it all, The Bourbon. Who also happen to be having tax problems.

But no worries, Arsenal, the kickest ass band ever, who played their first gig at The Bourbon is coming the next night to play their final gig, before frontman Stacee Jaxx (Tom Cruise) starts his solo career. Big money time! And Drew is going to get to open for them! Oh man! Everything is going wonderful!

Until it doesn’t. Sexy stuff happens, miss-communications, Stacee is a crazy ass person, and love dies. The dream dies. The Christians win? With Malin Akerman as Rolling Stones reporter trying to find the real Stacee Jaxx, Mary J. Blige as a strip club owner, Paul Giamatti as scumbag manager, and Will Forte as local news reporter, will they eventually be able to save The Bourbon from being demolished? Will they ever stop believing? 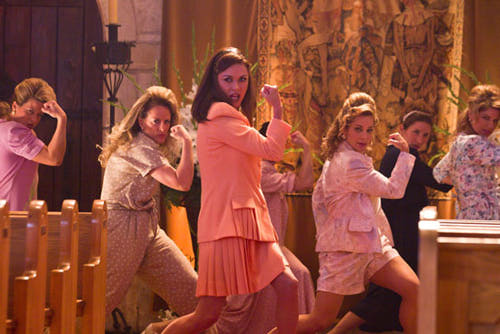 Will they actually hit them with their best shot?

It should be noted that this musical, although the characters don’t know they are in a musical (like some of them do in Broadway) definitely makes fun of itself, and isn’t going for a serious thing. They just want nothing but a good time. And I belive they definitely deliver. The music is fun and catchy, lots of great songs and mash ups, and yet it is incredibly different from the broadway version.

I’m not negatively comparing, just noting, they have entirely different plots, and only the same main main characters. This lead to awesome moments, like the church dance scene for Hit Me With Your Best shot. Unfortuantely that was my second favorite song on the original soundtrack, as it had a german guy singing it, and it sounded amazing. Similarly, my favorite song was a mash up of Heaven / More Than Words / To Be With You, but in the movie they took out the Mr. Big parts, so no mash ups were ever 3+ songs.

They also in general had to cut out a lot of songs, and added new one ins, but kept some of the jokes. I mean, making the girl named Sherrie still, but cutting out Oh Sherrie? That’s just cruel.

But besides that, the movie felt pretty awesome. Some problems include Sherrie doing pretty much the same thing in every song it felt like (walking down the street belting lyrics. every damn time) and once they introduce Mary J. Blige she was also pretty much a part of every song after that, despite barely making sense.

But hey. The REO Speedwagon duet between Baldwin and Brand is reason alone to see this musical.

I am not sure if I ever saw previews for Arthur at all. It just kind of came out and I was like “Oh whats this?? More Russell Brand Shenanigans? Jolly good.” or something British. All I knew was that it was apparently the way more RomCom based version of the 80s Arthur, another movie I really didn’t know existed. 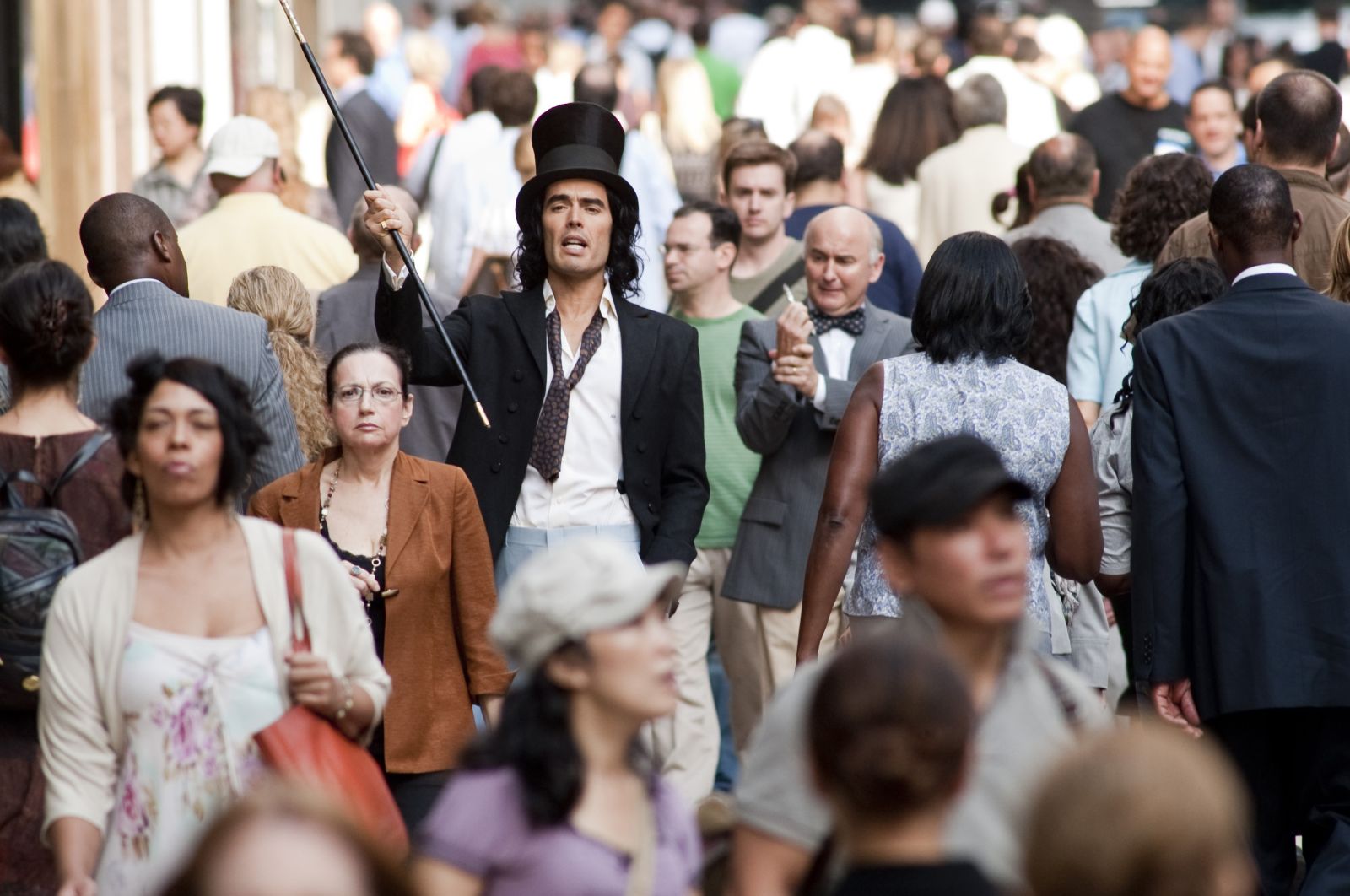 If anything, once you knew the movie existed, it demanded attention like a spoiled rich adult.

Arthur is about a spoiled rich adult. He acts a fool, like that one song, more or less. And he is stupid expensive. Outlandish things are done in this movie with no regards to funds. So whatever it is, he is loaded.

His mom wants to keep the wealthy with the wealthy though. He is being forced to marry Jennifer Garner, a much better person to run the family company than Arthur, which will give the shareholders reasons to not flip out. I think. Garner is fine with marrying for business of course, but not Arthur. He doesn’t like her! He instead likes Greta Gerwig, this free spirited New Yorker.

But if he doesn’t marry Garner. He will lose his trust. Can he be poor for love? Also in this film is Helen Mirren as his caretaker and Luis Guzman as his manservant. 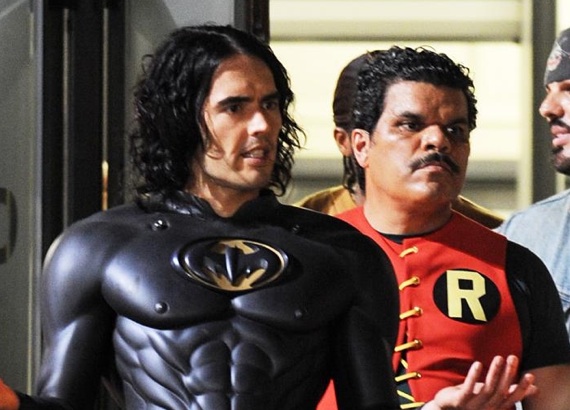 Also this scene happens early on.

As far as I can tell, they made Arthur in this movie more of a screw up because he is just spoiled and has no real parental love. But in the 80s it was because the guy was an alcoholic? Big choice difference right there.

Unfortunately, even if it was supposed it was supposed to be a comedy, I barely laughed. I didn’t enjoy it at all. Plot was basic, and full of mostly smaller scenes that kind of helped, but really didn’t advance the plot as much. I don’t know, I just didn’t find Russel Brand being stupid rich and childish. Thought it was a dumb, which is a shame.

So I’d say this movie is easily forgettable, and ignorable. Easier to ignore if there isn’t a review on it. My bad.