Don’t Make Me Go, by its name, can only be one of two things. Either its some comedy film about an introvert. Or it is a drama film, that is definitely tear jerky in nature.

And sure enough, it is a tear jerking film! And because of that, the title of course makes me think of Never Let Me Go, which is a difference context, about holding on (/not giving up on someone). And that film is incredibly sad and beautiful.

I have the highest expectations for Don’t Make Me Go, and I demand at least three cry events. 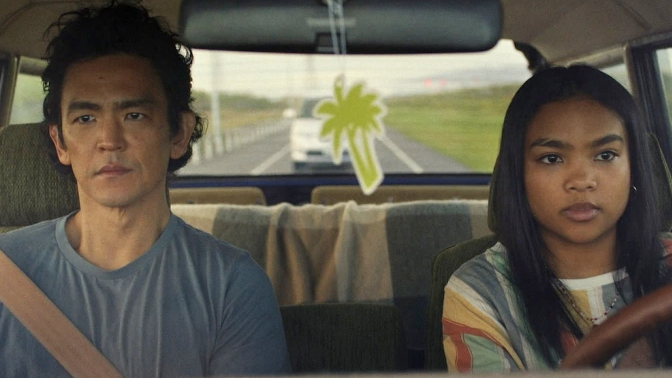 Learning to drive? Okay, that one won’t make me cry. I think.

Max Park (John Cho) is doing the best he can. He is a single dad, working a job, trying to date, and trying to make sure his daughter is safe from boys and drugs and parties. Max also went to the hospital recently, and sure enough he has a brain tumor.

If he doesn’t do surgery, he will die. If he does surgery, he has a good chance still of dying and so that sucks. His daughter (Mia Isaac) has literally no one else to take care of her if he goes…except for…maybe…her mother?

So Max gets the plan to go to his high school reunion, while bringing his daughter along on this road trip. He can teach her things, in case this is his last chance. Like how to drive. And sure, when he gets there, he can introduce his daughter to her mother, who is still alive, but did not want a kid or a family. Maybe this time has been enough. Maybe this will help him pass in peace. 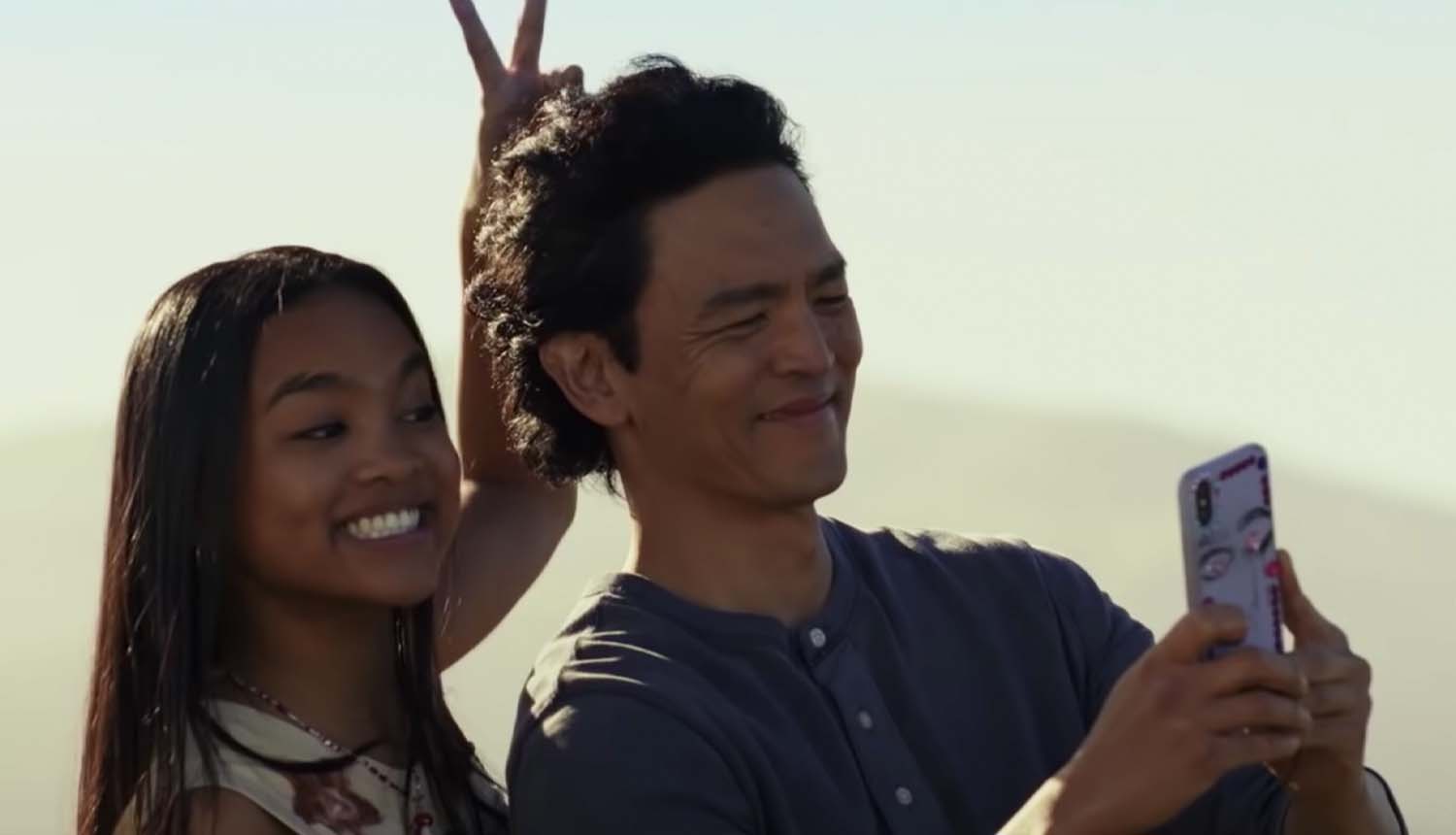 Holy shit! She put fingers above his head! In the selfie! So that, omgomg, he looks like a bunny rabbit! Holy shit that’s funny ohmga.

I was ready to cry, the plot sounded so sad and emotional. And yet. It never came. The film did a bad job to make me connect at all emotionally with the characters. There were a few close chances of course. But let’s see…

It started with a scene randomly 2/3 of the way through the movie, though no real need to do that for a movie like this. One of the bigger moments was my first almost, a first meeting with the mom. But it didn’t last long enough. And once the information was shared about the tumor? Almost, maybe. But we are so far in the film that I am still surprised at how little I connected.

After all that, unfortunately, we got an ending to the film. The ending was absolutely poop. It took what could have been a strong movie and wanted to go for surprises that it sort of abandoned any hope of being considered a great film. To me, the ending turned this film from an average film to a bad film. I can’t recommend this movie, because I don’t wish the disappointment on anyone.

The acting from Cho and Issac? Great, wonderful, fine. But the story needed a lot more work, and they are wasted because of it.