I had already seen this movie in theaters, but never in Blu-Ray or Unrated. So, sorry for anyone hoping for a one time viewing review, you get at two time viewing review. Eat it! I must say also I didn’t really get the reason for the title until many weeks later. Your Highness? Alright. A stoner flick called a greeting to a king. Hey there is smoke on the cover. Oh wait. A stoner flick and…highness….wait for it… 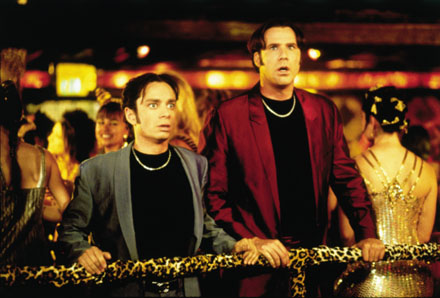 OHHHHHHHHHHHhhhhhh. I got it now.

For some reason, I enjoyed it more the second time around. In theaters I was disappointed, thought they just half-assed the whole movie. Technically, yes it actually was half-assed though, as there may not have ever been a script (/if there was a script, they never used it). I am told that most of the movie was filmed as pretty much improvised.

Maybe I was hoping Franco was as ridiculous as McBride in this movie? I just felt like it could have done a lot better. I think this was the first big release from Natalie Portman after Black Swan, so that probably angered some people too. You know, the ones demanding she pick a genre and stick to it. Zooey Deschanel was in this movie too, and super hot. Even when she went all sex demon.

For the unrated version, I couldn’t even tell what scenes were added, except maybe a conversation between Franco/Zooey before the wedding. Maybe all that was really added in was more blood in death scenes. So, the difference between theatrical and unrated is negligible.

2 out of 4.
Tags:2 out of 4, Comedy, Danny McBride, James Franco, Natalie Portman, Your Highness, Zooey Deschanel