Welcome back to another roaring year of shit film! I pride myself in looking for the worst of the worst, not just the best films. Someone has to watch the terrible movies, and it might as well be me.

As a note, I didn’t get to see everything last year. I never saw Bad Santa 2, Why Him?, Bridget Jones’s Baby, and Dead 7.

(DIS)HONORABLE MENTIONS
Not a great list. The Final Project was a small film no one saw (thankfully), The Boss was a film too many people saw, When The Bough Breaks wasn’t sexy enough for this list, and Sharknado 4 because I am fucking tired of writing about Sharknado movies.
15) The Sea of Trees

Hey I got a good idea. Let’s take a serious subject and make a serious movie about it. Let’s make it about suicide, depression, losing your loved ones, but maybe a little hope in there as well.

All of that does sound good. But The Sea of Trees turned its serious contender into a boring turd. It fits into the drama category but it suffocates the viewer with bad symbolism and a terrible plot. It is so bad that a horror film about the same place ended up better somehow. 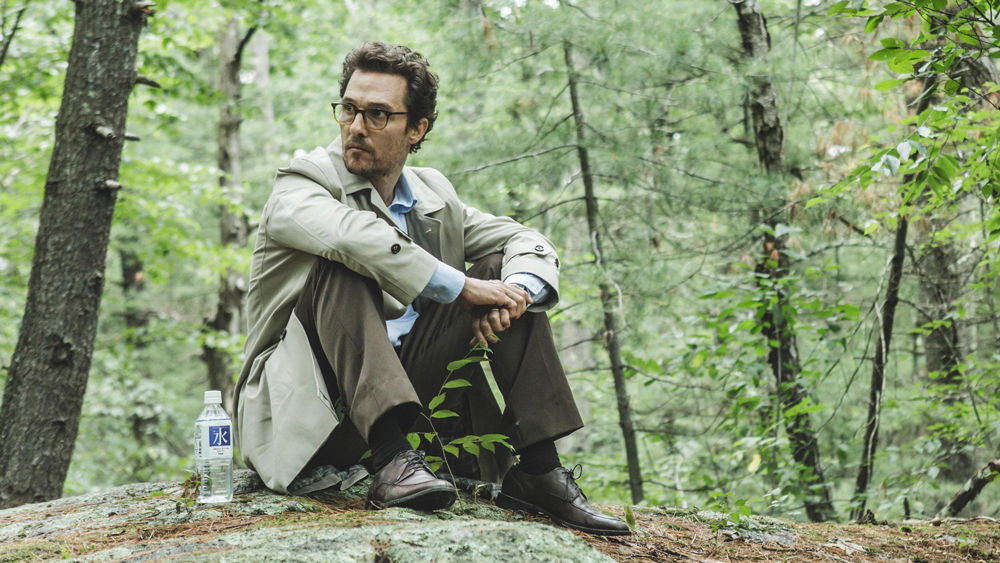 Look, I’m a guy that can handle crude humor. But crude humor can still help the plot, have a point, or at least also be a bit funny. In The Brother’s Grimsby, we are given several repulsive scenes with zero payout. A film that must have been created solely for the scenes in question with the plot coming maybe in third place.

Cohen can be a great actor and he can also be infuriating. What is sad is that this isn’t the only film he stars in on this list, but the other film he is the only great part in it. 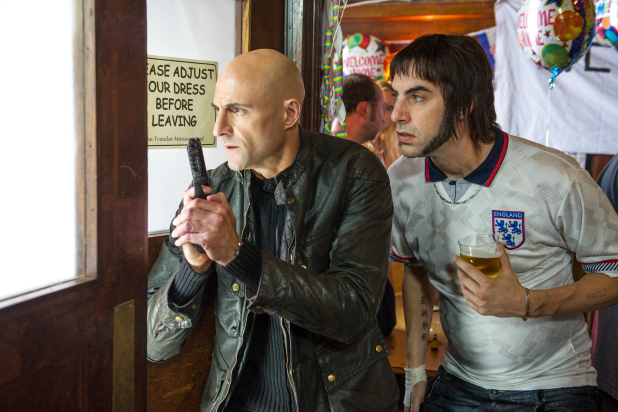 13) Pride and Prejudice and Zombies

Some book to film adaptations are so bad they make you want to stop the movie halfway through and read the book again in protest. Or at least to remind yourself that the book is decent.

Pride and Prejudice and Zombies is amazing in that it is not only trrrible, but just like the book, you will find yourself wanting to stop both of them early on and just go back the original source material. This movie is a tad bit better than the book in that it at least flows nicely together, where the book features the worst cut and paste jobs in modern fiction writing. 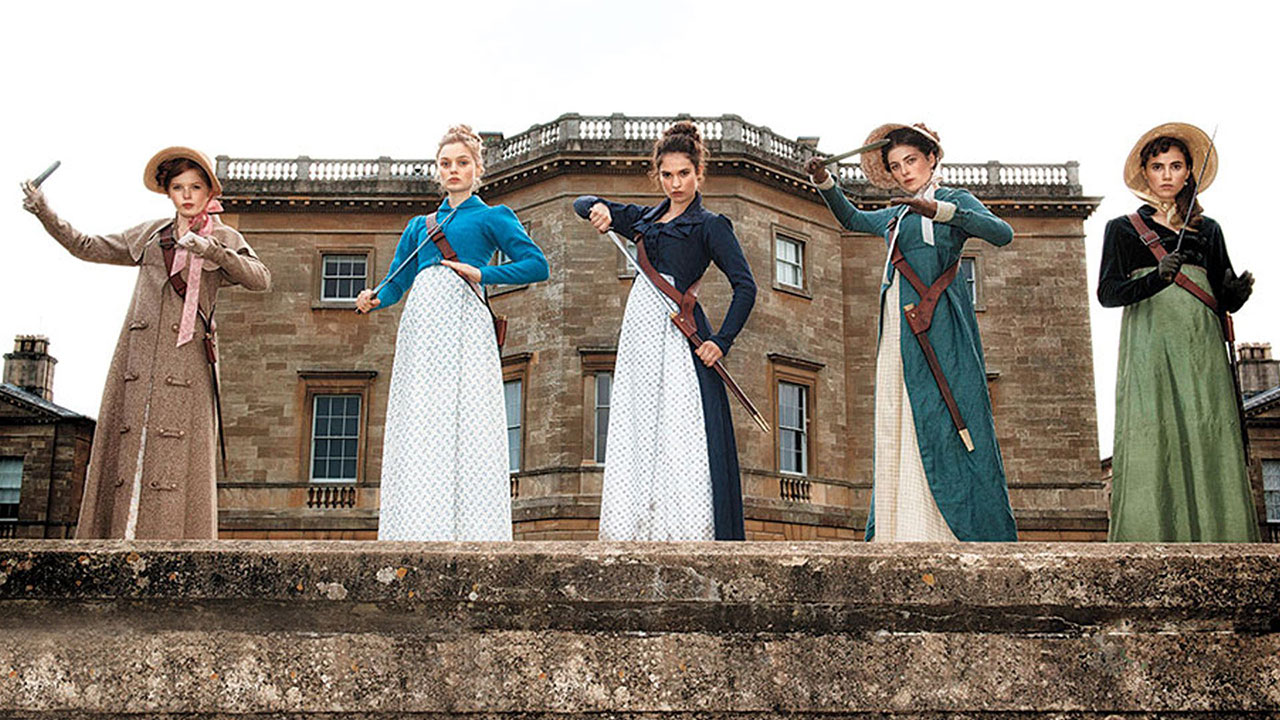 Nina Simone is an activist and musician who should be remembered. She did a lot for her community, her race, and for music. She was quite a character too. Unfortunately this movie will do nothing for people who know nothing about her. It will probably just turn them off to her legacy.

Thank you Netflix for releasing What Happened, Miss Simone? It is the only reason I know her. And it is the only thing you should watch about her as of right now. 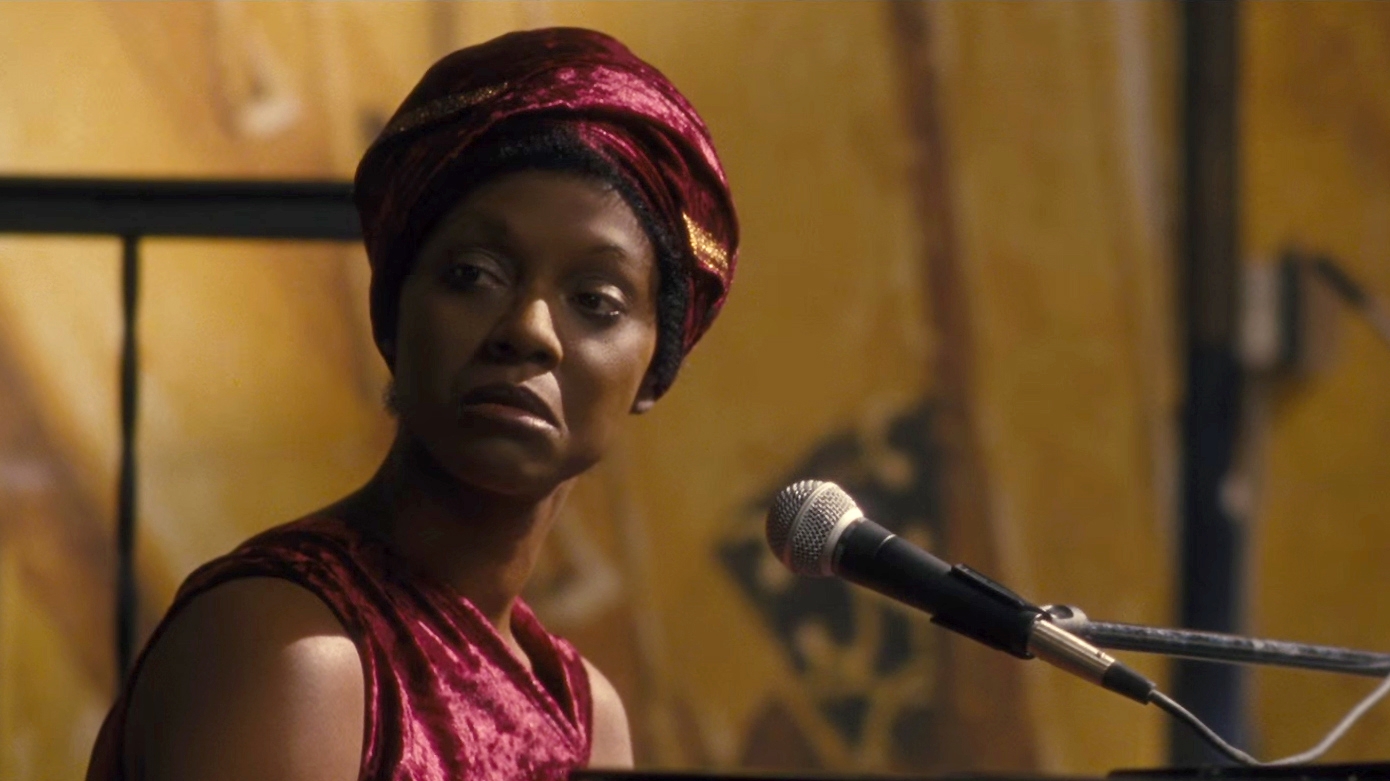 I cannot super hate Gods of Egypt. It is meant to be a campy movie and it definitely goes campy. But I can still be angry with how lame of a story it came up with. It is a film that looks horrible, has a dull plot, and wastes some occasionally good actors. We don’t have a lot of movies involving Egyptian mythology, which is rich and wonderfully diverse, so it is just a bit of a bigger pain when the only morsel we get in forever is just a big shiny piece of shit. 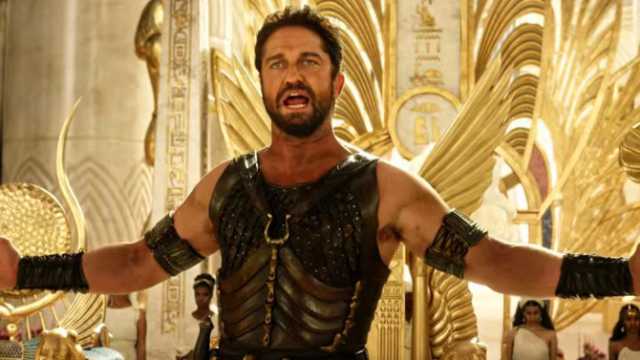 Meet the Blacks is a movie no one saw and for good reason. It had little publicity, was barely in the theaters, and has one famous person attached.

But I had it go and see it because I was excited to see it. I generally like The Purge movies so a good parody with some different political angles can totally work. But this film doesn’t work. It isn’t funny. It is argument after argument. It is barely coherent. And I am the one person who saw it who probably felt disappointed as everyone else besides me knew it would suck. 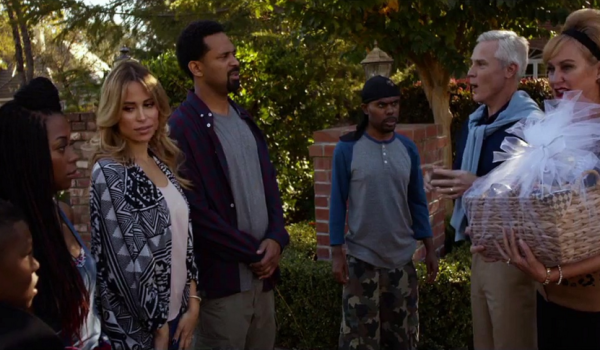 You know, if you had asked me in April where God’s Not Dead 2 would have landed I would have assumed in the top 3. I am as surprised as you that it is up here at 9! I even got to make a fake review of this film for an April Fool’s Day joke.

But in all honesty it is a bad movie that badly preaches to he choir. It makes bad guys out of nothing and exaggerates everything to 11. It is painful but at least it is easy to make fun of which is why I didn’t have it super low.

Speaking of religious films (This is technically the third on the list) Ben-Hur is probably the most sacrilegious. You know. Rebooting a masterpiece. Condensing an epic story down an hour an a half and trying to still make it coherent. Replacing well done scenes with CGI and extra action for the Millenials. And again, just shitting over one of the biggest films in cinema history for a quick buck.

I’m not against reboots. I’m against bad movies. 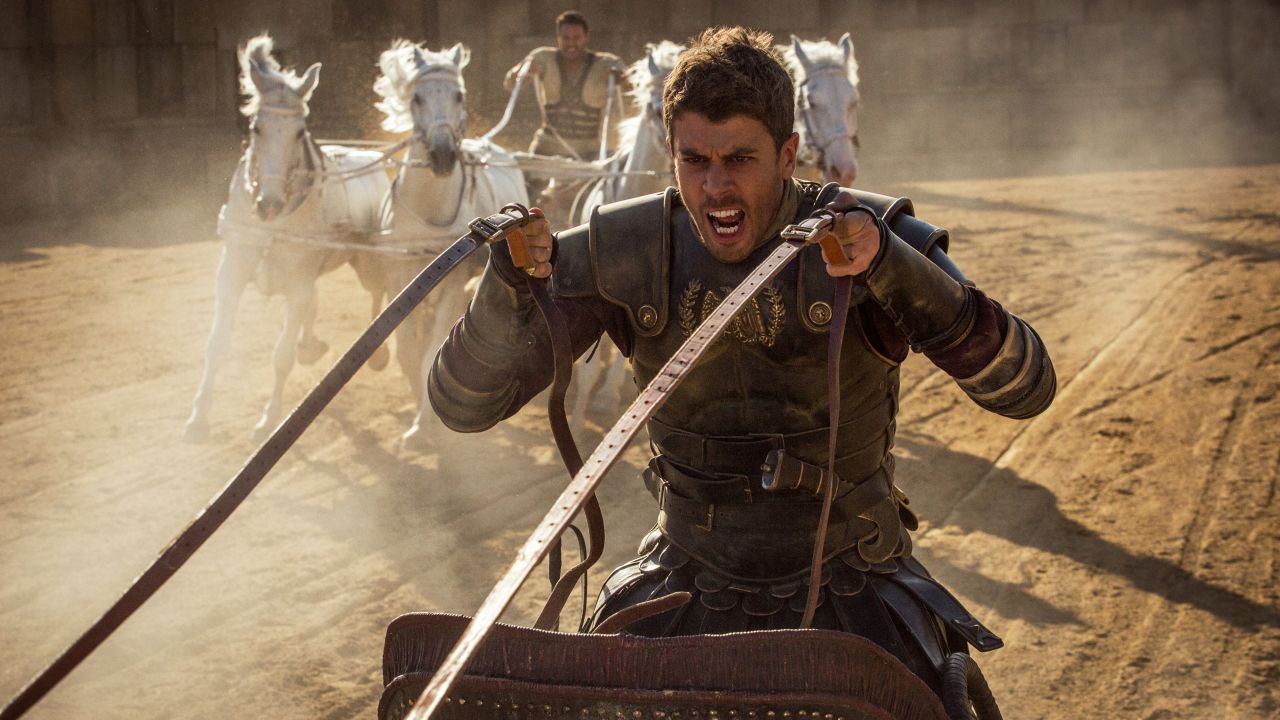 7) Hillary’s America: The Secret History Of The Democratic Party

The director has taken political agenda to the extreme and decided to switch around a few arguments and lie to drive his point home. It is as much about him as it is about he a Democratic Party. The reason it isn’t lower is because it would have done nothing to change the outcome of the election. The only people who saw it who don’t criticize movies for a living are the ones who would have already whole heartedly agreed with it. 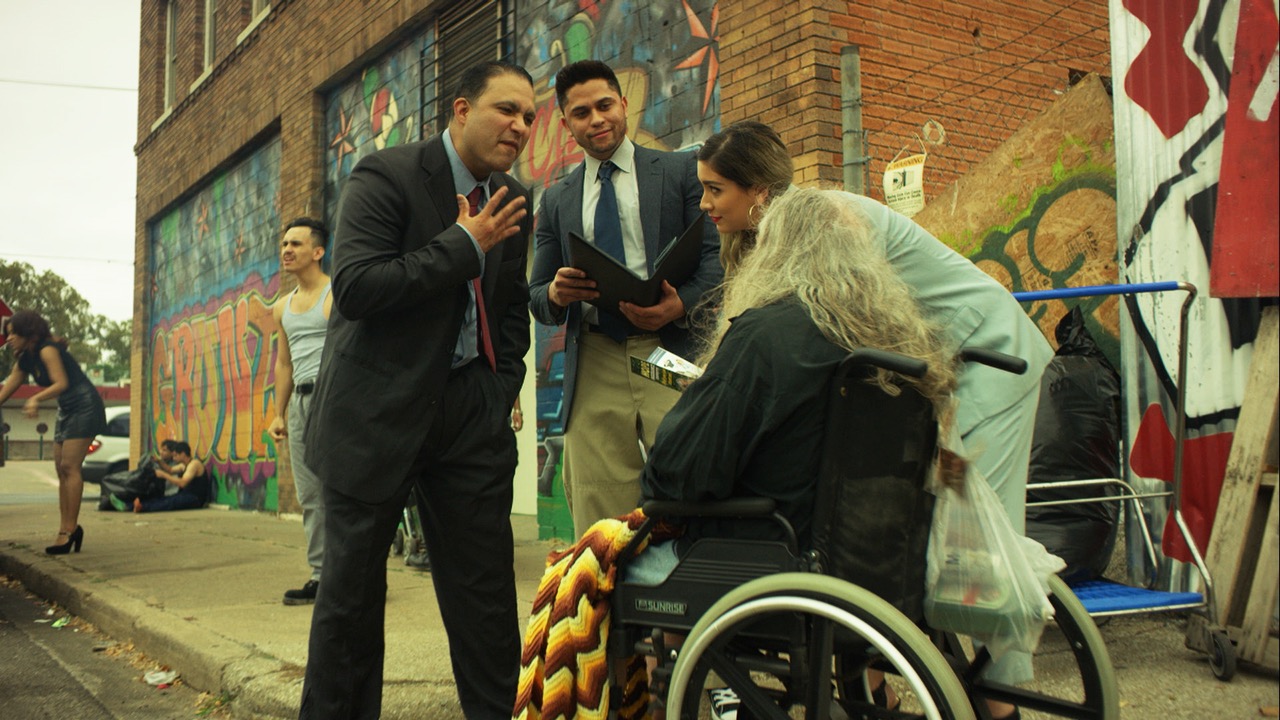 I don’t want to say I hate people but Terrence Malick comes close. I assume he starts shouting a movie with a specific plot in line, then he loses his notes and starts just shooting scenic shots. Later remembering the plot he adds some voice over that vaguely helps tell the story and boom. You too can make elitist filth.

I try really hard with every new film of his to have an open mind. But they are getting more and more out there he just leaves me scratching my head in wonder and resentment. Knight Of Cups is a giant shrug and a instantly forgettable. 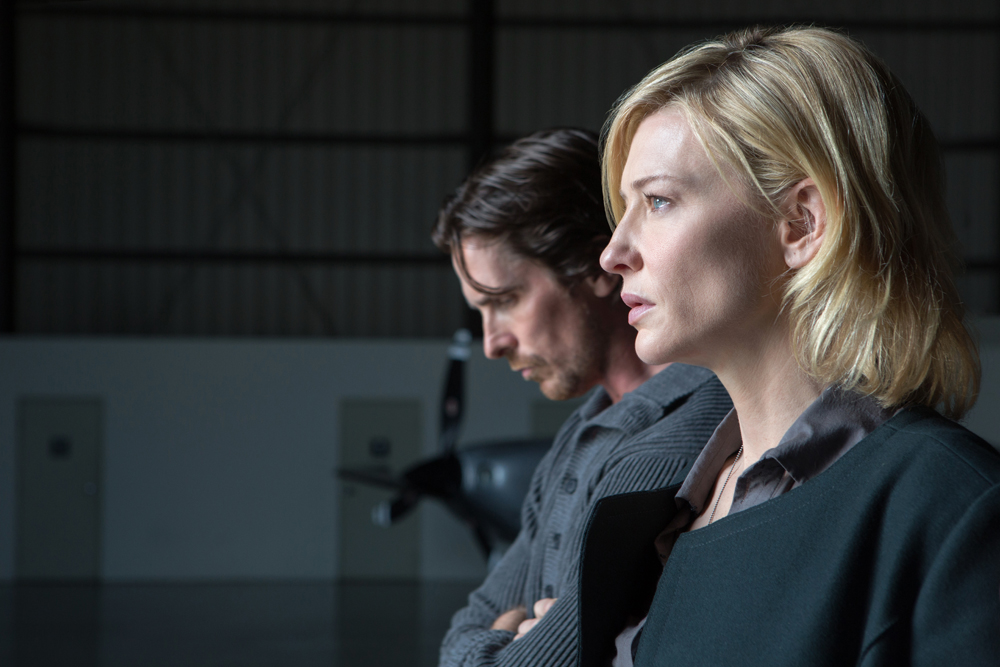 Finally the bottom of the bottom, with Nine Lives topping (bottoming?) most worst of the year lists.

This is a few famous people doing very little to get a paycheck. No one has their heart in it. Spacey for the most part just had to record some voice work. It is a 90s film that they tried to make 15 years too late and add nothing new to that terrible abandoned genre. Basically it is the worst film of 2016 about a cat. 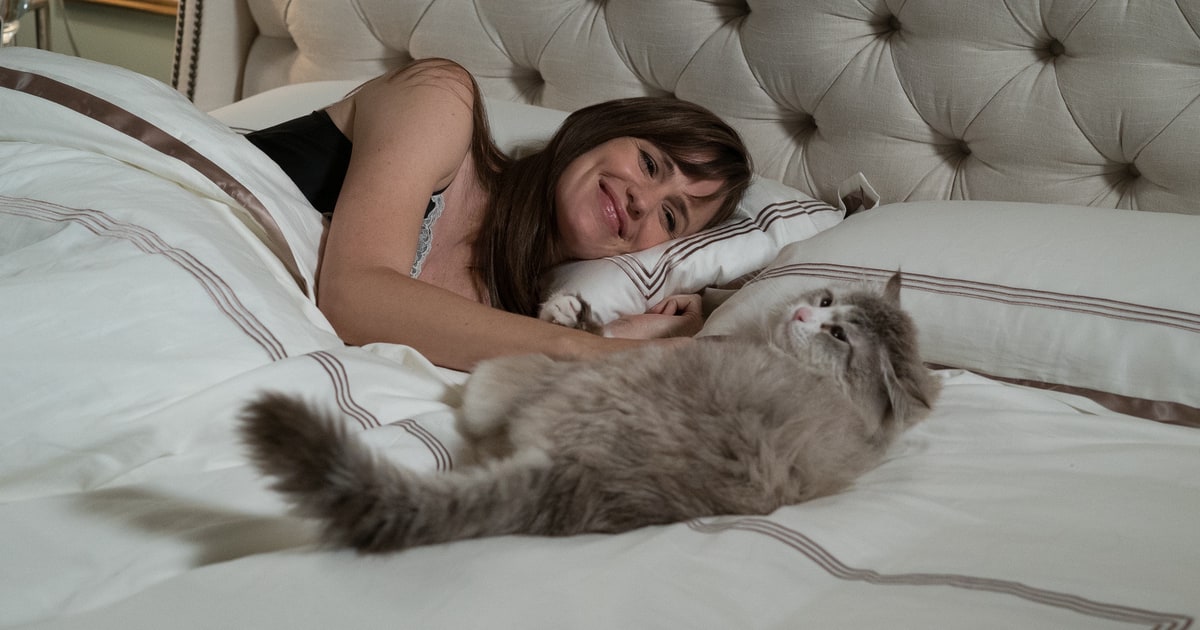 Okay here is the thing. I’m Not Ashamed film you probably hadn’t heard about. But it is really fucked up. It is about Columbine. About a girl shot during the attack and her last year or so alive. It is a religious film and a teenage drama, but the acting is bad, they make a lot of assumptions about the shooters and other students at the school, most of it is most certainly a lie, and it is basically a disgrace to exploit a real national tragedy to make a film this bad. God’s Not Dead 2 had overacting and we could laugh at it. This film will just make you angry at how terrible and unethical the whole thing is.

It is the worst religious film of 2016 and it would have also been the worst Fantast film based on how much it warps the reality of the situation, but the next film on the list took that crown. 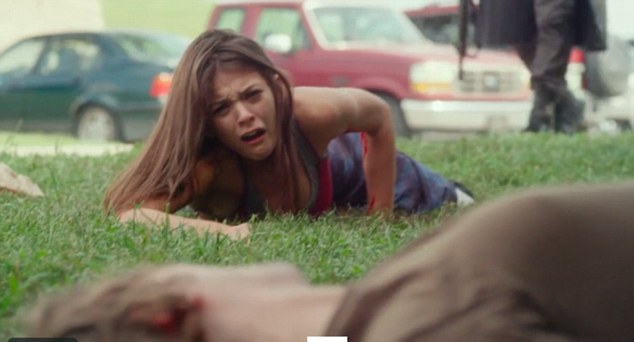 3) Alice Through The Looking Glass

There isn’t enough space for me to truly rant about everything wrong with this film. I already did so quite well in my inial review of Alice Through The Looking Glass. By all means read it and let it fill you with hate.

The reason it wasn’t further down is because Cohen was actually great in this film and the only bright spot. But it is in fact the worst fantasy film of the year and should be bought up in droves just to bury in some New Mexico pit somewhere. 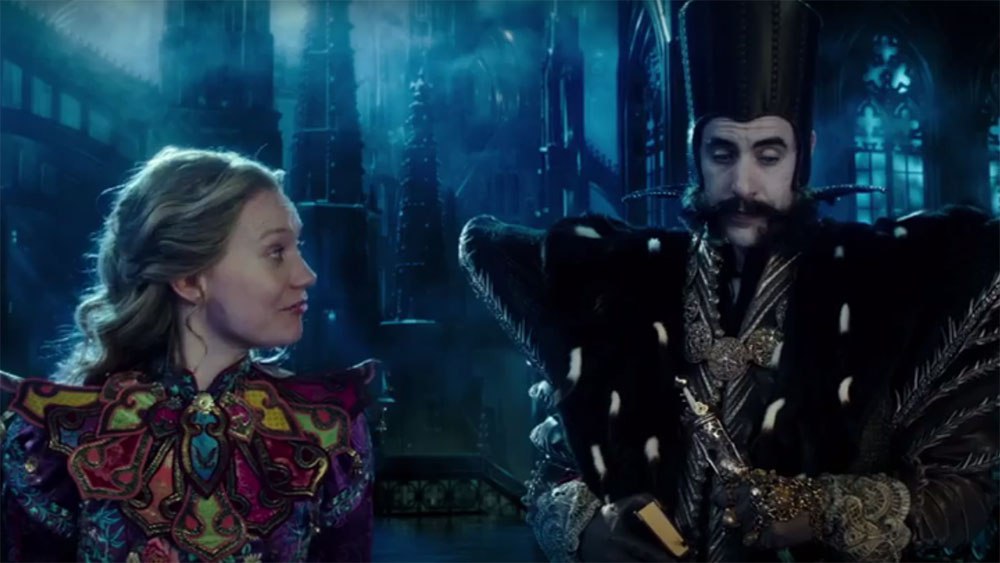 2) Norm of the North

Every year there is one animated film that slams itself to the terrible ground and refuses to get a leg up. Before it was Strange Magic. This year Norm of the North. And yes, both did come out in January.

Norm of the North barely has a plot. There is a rough story, but it seems to mostly get in the way of the piss and fart jokes. The animation is poor, the jokes are of the lowest quality, and nothing feels funny. I can’t actually remember a lot of the film anymore thankfully, I just do remember that my four year old turning to me to tell me it was a bad film in the theater. 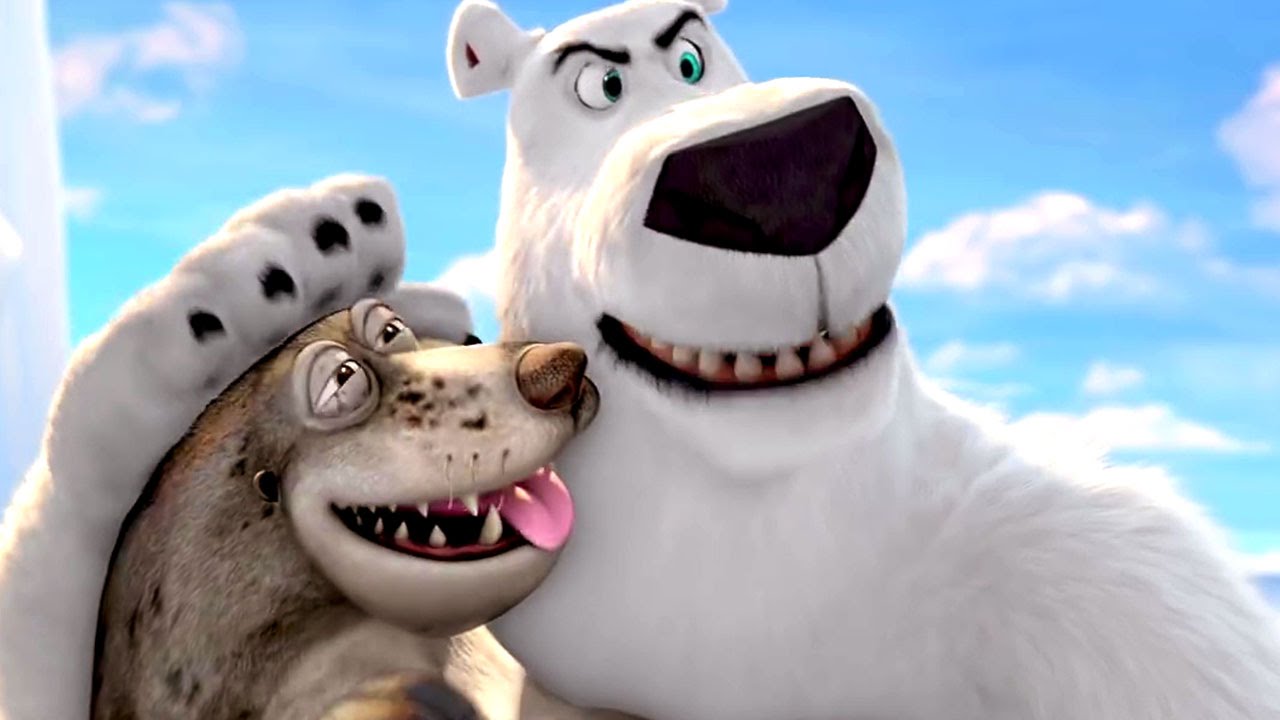 I did not know this would be my number one film, despite watching it in March. If you read my review, I hated it, I hated it a lot, but really, I just assumed it would be somewhere in the middle.

So what changed? What made this film rise to become the cream of the shit? Well, the fallout is one reason. Yes, we are tired of books being split up, but there has never been a break up this terrible. Allegiant has literally KILLED the Divergent movie franchise. They aren’t able to finish the story and have to switch it to a TV movie/show situation, because Allegiant was so bad.

At least the first two films had a plot that was easy enough to follow. They had a lot of holes and confusing aspects, but I got it. Part three? It lets us out in to the world and spends most of the time wasting it and not answering questions. It has situations that don’t make sense, characters not acting like real entities, a waste of talent, a waste of time. And holy fuck, it killed a franchise. 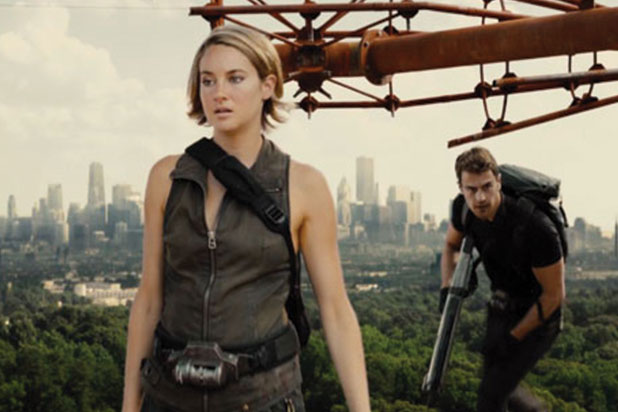 Thanks for reading! If you disagree with part of this list, let me know. If there is something I missed, let me know (but I probably saw it and reviewed it on this very site! Check out my thoughts).

Tags:Alice Through The Looking Glass, Allegiant, Ben-Hur, Gods Not Dead 2, Gods Of Egypt, Hillary's America, I'm Not Ashamed, Knight of Cups, Meet The Blacks, Nina, Nine Lives, Norm of the North, Pride and Prejudice and Zombies, Sharknado 4, The Boss, The Brothers Grimsby, The Final Project, The Sea of Trees, Worst Films