It is a strange time for zombie movies, with the last few serious ones never really living up to the “George A. Romero” Standards. Who decides these standards? Well, fans of the old stuff, who hate everything new, basically. Thankfully with films like Warm Bodies, zombies that break the mold are becoming a bit more accepted by movie watchers.

However, the fact that World War Z (Trailer) has really fast moving zombies doesn’t seem to be the major concern with most viewers. It is the fact that the movie is almost nothing like the book (According to book author Max Brooks) that the name comes from.. I never tend to care about source material with reviews. If a movie is good on its own merits, it should be judged on its own merits. But even I can admit that making it nothing like the material and only borrowing the name is just a bit scummy.

I tried to tell Brad Pitt that I was disappointed in that fact, but with a face like his, how could I stay mad? 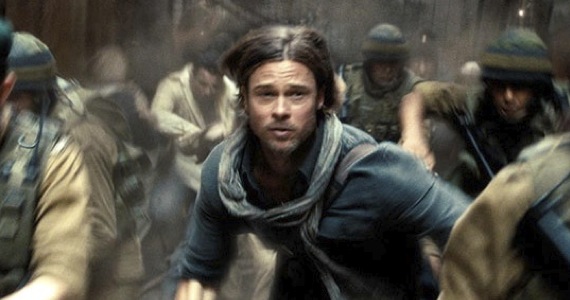 Let’s not even get into the luscious hair that he sports for this film.

The movie begins with a series of news reports letting the viewer note the currents state of the world. After that, we are introduced to the main family in this story. Gerry Lane (Brad Pitt) is now a stay at home dad, with two young daughters and a loving wife Karin (Mireille Enos).

About seven minutes into the film, they stop with all the boring drama nonsense, and get straight into crazy zombie madness! All around the world, zombie outbreaks are occurring, with many major cities falling. The Lanes are in Pennsylvania and find themselves on the run with the world crumbling beneath them.

However, it turns out Gerry used to be a pretty big deal in the United Nations, a smart guy, very tactical, and good at the surviving in extremely volatile locations. His former boss John Garang (Fana Mokoena) is able to lift him out of Newark, New Jersey, giving his family a space on the fleet in the Atlantic. Far away from any mean old zombies. Unfortunately, this lift to freedom doesn’t come without a price. Gerry has to go with a small team of seal soldiers and a scientist to help figure out the cause of the outbreak, or you know, the end of the world.

Let’s also not forget that Matthew Fox is in this movie as the important role of “Paratrooper.” Arguably a big name actor, he has less than a minute of real screen time I’d estimate. Danielle Kertesz plays a female Israeli soldier! 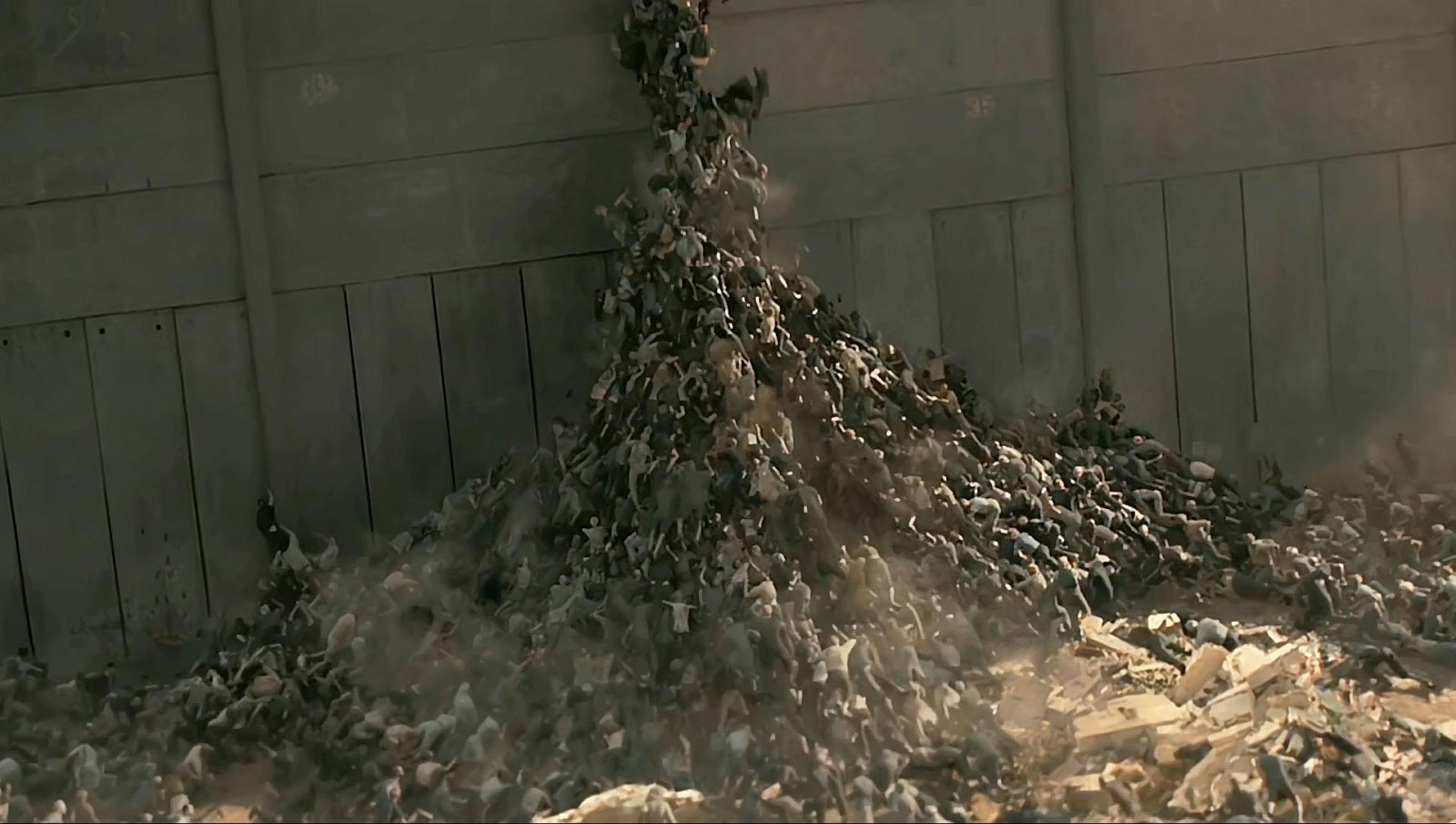 Did I mention I loved that the action in the movie started so dang early? I thought I was going to be left with a lot of family drama, worrying about protecting the kids, but within the first half hour they are dropped off on the aircraft carrier and only a minor nuisance after that. When watching this movie, you are not going to care about his family, or any other character. Really the only important person in this movie is Brad Pitt. His youngest daughter is particularly distracting early on, mostly because she is a nine or ten year old girl acting like a four year old.

Another potential issue is that this film is only PG-13. The lack of blood and decapitated bodies seems to be a problem for the die-hard zombie fans, but it was a problem I could ignore. My biggest issue is with the sometimes sub par CGI. The mass hoards of zombies would often appear more blurry, which just ruins otherwise fantastic action scenes.

Despite the narrative flaws and less than stellar effects, the movie kept me interested throughout its almost two hour run time. I jumped out of seat on multiple occasions, often surprised how much fear was in the movie. Yes, it is zombie based, but the trailers made it seem like it would be action/adventure oriented. Brad Pitt survives some ludicrous situations, almost making me laugh at how ridiculous it all is. But he is a big movie star, I know he is going to survive inconsequential things like airplane crashes and stab wounds.

As a zombie movie, it is actually pretty tame, but I think it adds something unique to the genre.