Today I review a movie called Words and Pictures, which are the exact two things that make up my reviews.

For all intents and purposes, that is also probably the best sentence in this review, so you might as well stop reading these words and looking at these pictures now. 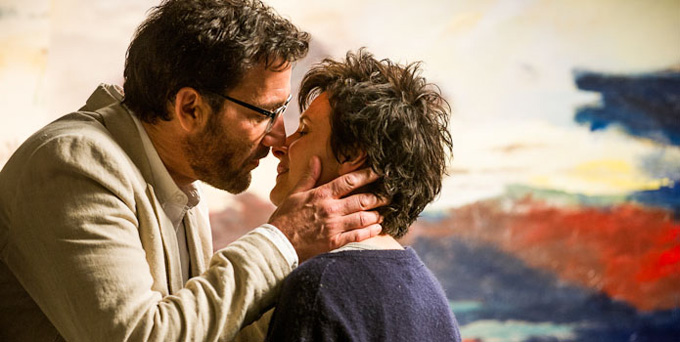 “Oh shit they kiss? But they are such rivals throughout the film! Why would you spoil that?!” – GorgView reader.

Somewhere in the North Eastern part of the USA lies a high school where people have to wear uniforms and is somewhat special. How special? I dunno. Special enough to feature two teachers who work there. One is Jack Marcus (Clive Owen) who teaches English, is an author, and an alcoholic. He hasn’t written in awhile, is late a bunch, and thinks his students don’t care anymore. He also has an estranged relationship with his son (Harrison MacDonald).

But we have a new teacher at the school! Dina Delsanto (Juliette Binoche), a famous artist from NYC who is moving here to teach advanced art instead. Why? Because she got that rheumatoid arthritis, so making great art that she is used to kind of sucks. She is also a mean lady, for that reason.

They butt heads and argue, but also flirt kind of. They set off a war at the school, debating which is more important, words or pictures. Mostly because Jack is trying to save his job and remain relevant, and Dina is the type who always wants to win.

Also starring some people as teachers (Bruce Davison, Navid Negahban, Keegan Connor Tracy) and some students who have a plot line in this movie too (Valerie Tian, Josh Ssettuba, Adam DiMarco). 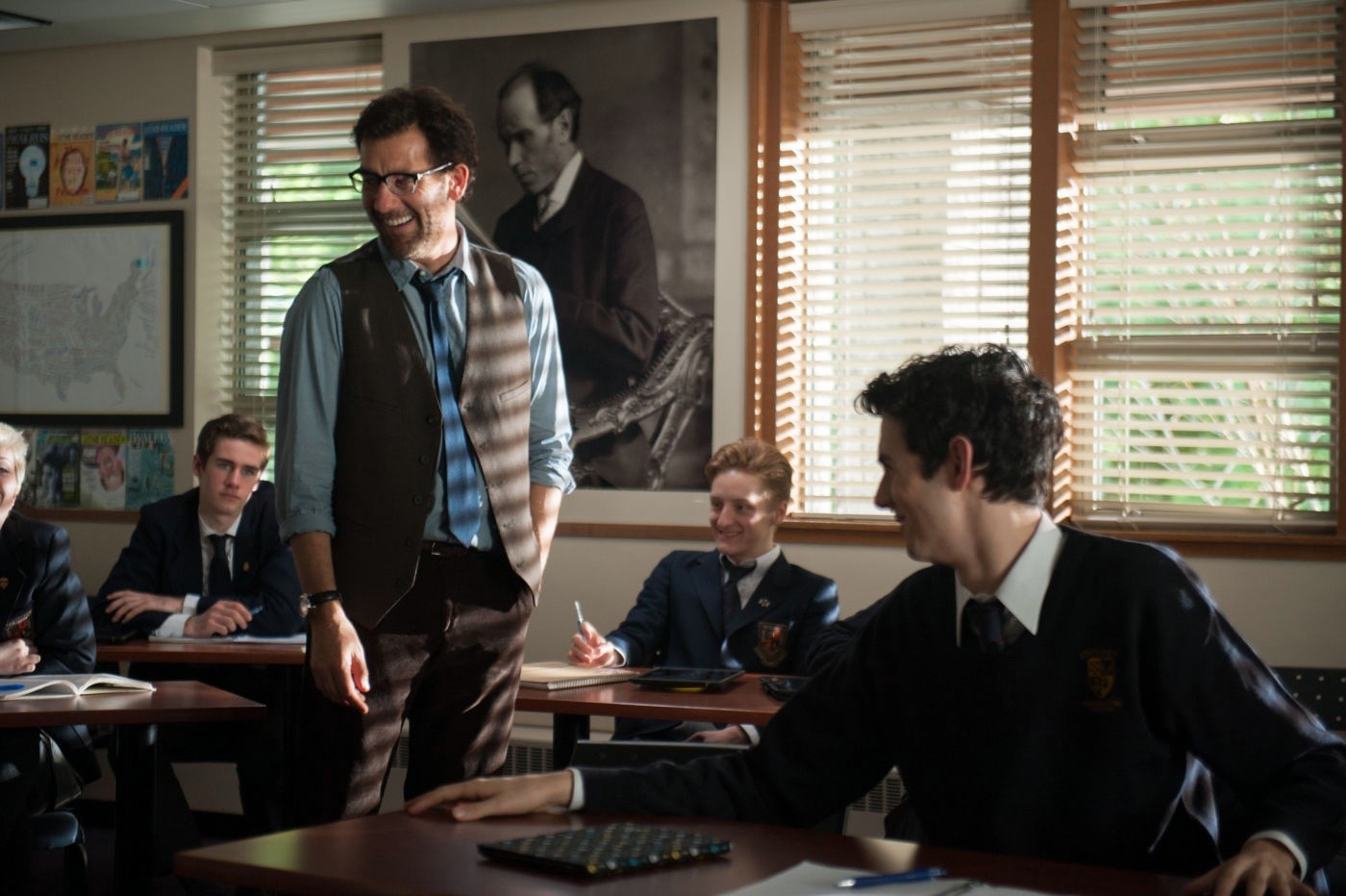 It only takes about ten minutes I think for a Dead Poets Society reference.

Hearing about the plot, I thought the movie might be okay. It sounds like a terrible competition, especially since I knew it would involve high school students, which are like non cool college students. Speaking of high school students, the side plots involving the girl and the guy were kind of terrible. It was awkward to watch, even more awkward at how people reacted to it, and took away from our leads. So it kind of just made the movie overall weaker for having basically all of it go down. In my reviewing opinion of course.

Owen and Binoche however do fantastic at their roles. Owen has an advantage, where he was given an really charismatic character to work with (After all, he knows a lot of words in the English language and loves to use them), so he was incredibly entertaining to watch. Binoche seemed to have real chemistry as well. Very real feeling characters.

But at the same time, this felt like a pseudo-intellectual euro-trash movie, that thought it was better than everyone else, while not really ever elevating its game. Just because it is set in an elite setting, doesn’t mean it is an elite movie.

Good acting, kind of shitty plot. Okay for a watch, then probably wont see it again.