As I have pointed out before, Matthew Broderick has been in a bunch of movies the last few years, just none of them big. All smaller releases or indie pictures. Usually drama-comedies. For whatever reason, he just can’t make the big screen anymore. I wouldn’t be surprised if it’s out of apathy, and more focus being put on his broadway career.

Either way, I saw a preview for Wonderful World on some random movie, and it made me really want to see it. I looked hard for it, for like, ten minutes too! Then forgot about it. BUT HAH, I GOT IT NOW FUCKERS. 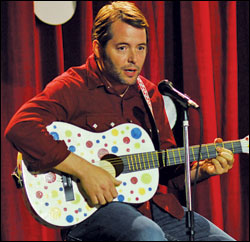 ARE YOU NOT ENTERTAINED?

Broderick works as an editor for some publishing company. He has been working there for eight years. Most people see it as a temporary job before they do what they really want. Like his good friend Cyril (Jesse Tyler Ferguson, who you all know). “Good friend” is a stretch, more accepting of his cynicism friend is a better choice of words.

Cynicism? Yeah, Broderick isn’t a nice person in this movie. He assumes the world to be bleak, miserable place, where everyone is out to get everyone. He is divorced (shocker) and his only decent moments seem to be the times he gets to hang out with his daughter (Jodelle Ferland). He is oblivious to the fact that her life is also miserable, no friends, no skills, and gets more depressed the more she hangs out with her dad.

Speaking of stuff being shitty. His roommate Ibu (Michael Kenneth Williams, motherfucking Omar) is a diabetic, and during an attack when he tries to get Ibu to the hospital, he finds his car getting towed for an illegal park. Unable to convince the tow truck driver of the real emergency at hand, Ibu collapses in the streets and is sent to the hospital to stay. Well fuck. His sister from Africa (Sanaa Lathan) visits due to his sickness, and stays in their apartment.

Can her presence in his life change it at all, even as the world gets darker? Why is he talking to Philip Baker Hall, who is a made up guy in his head? Does the fact that he used to be a children song writer have anything to do with any of this? Will his case against the city due to towing in an emergency go unheard? 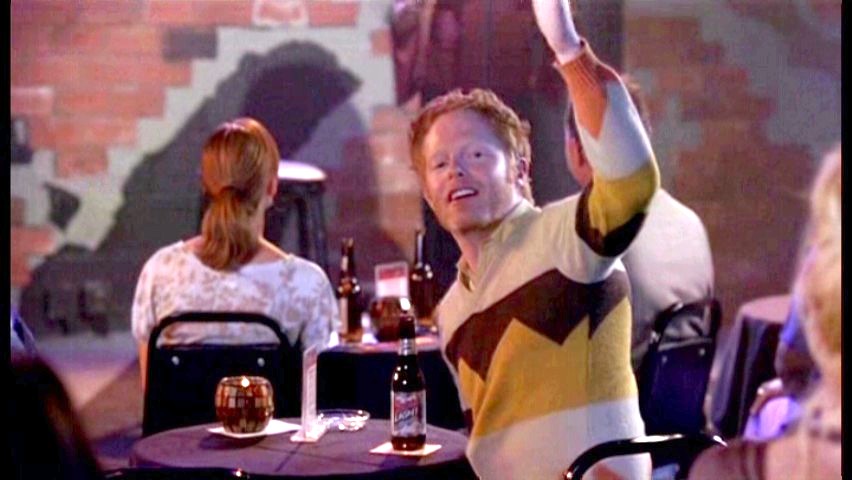 In case you guys didn’t believe me earlier that he was in this movie, here is a picture, that is somehow supposed to be proof!

I feel like I’ve talked about this movie too much already. I liked the set up and liked probably half of what happened in it. But not everything that happened. More importantly, it felt way too slow.

It also didn’t even feel real, which I think is an aspect they were going for. Broderick’s zombie like nature is present about 80% of the film, with snippets of happier times throughout and the end. It isn’t pleasant or interesting to watch. Just want to tell him to be a jerkface. It did get annoying though that almost every character complained to him about his disposition. Repeating records repeat.

I just expected better of the music man.