Winnie Mandela? Who is that you might be asking.

Why, Nelson Mandela’s wife, of course!

Well, why does she get her own movie? Because she was an activist too, I guess. Why now? Most likely because the Mandela: Long Walk To Freedom movie just came out in theaters. It is trying to ride its success, like a cheap disney knock off.

But Winnie is still alive. What are her thoughts on this movie, that was made over 2 years ago and is just finally coming out now?

“I have absolutely nothing against Jennifer, but I have everything against the movie itself. I was not consulted. I am still alive, and I think that it is a total disrespect to come to South Africa, make a movie about my struggle, and call that movie some translation of a romantic life of Winnie Mandela.”

Those are all very fair points, Winnie! 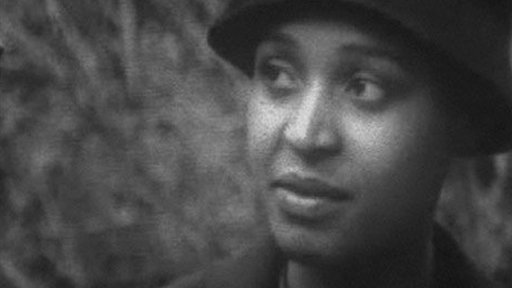 Winnie does not approve of your shenanigans.

I feel like I should note that Jennifer Hudson is the third listed on the IMDB page. She is playing Winnie Mandela, in a movie called Winnie Mandela. But whatever.

Winnie is smart, she eventually gets to go to an American school, she is an activist, and she eventually, meets this lovely Nelson fellow (Terrence Howard).

Yeah, I am done describing this movie. Apartheid stuff. Betrayal, imprisonment, and eventual divorce due to pressure. But whatever. That is her awkward story, damn it. 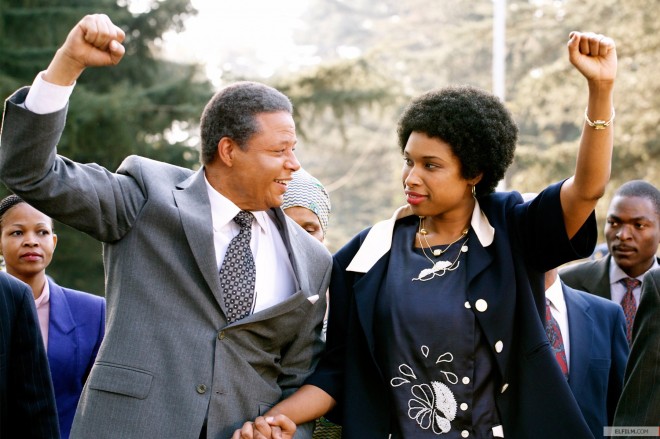 Seriously. Look at him.

Much like the fears of the actual Winnie, the movie based on her life, doesn’t touch on a lot of her live, romanticizes things, and certainly isn’t a good film.

Poor woman. This is just another lesson that not everyone remotely famous needs a biographical movie. I can’t imagine this made any movie, and it is not a fantastic range of acting for any of the characters. Terrence does a nice Nelson voice, from what I can tell from other movies at least.

The movie starts with subtitles for everyone, but then switches to English later. Interesting. They do speak English in South Africa, but not 100%. So who knows what was going on there.

Anyways, I watched this hoping I could make fun of it for being horrible. It wasn’t horrible, just boring. So there aren’t really any good jokes to make. Minus Terrence Howard being Nelson Mandela. That is an observant based joke.

1 out of 4.
Tags:1 out of 4, Biography, Drama, Jennifer Hudson, Terrence Howard, Winnie Mandela