I didn’t get a huge helping of sexual thrillers in 2016 like I had in previous years. It was a genre that was just severely lacking.

And of course, I missed it when When The Bough Breaks came out in theaters. One of the few films to really fit the bill. But I made sure to grab it right away when it came out to DVD. You know, just in case it is a giant pile of trash like a lot of similar genre’d films end up being. Remember The Boy Next Door? Addicted? I feel like both of them made previous worst of the year lists.

So sure, I went in expecting the worst, but I have been surprised before. 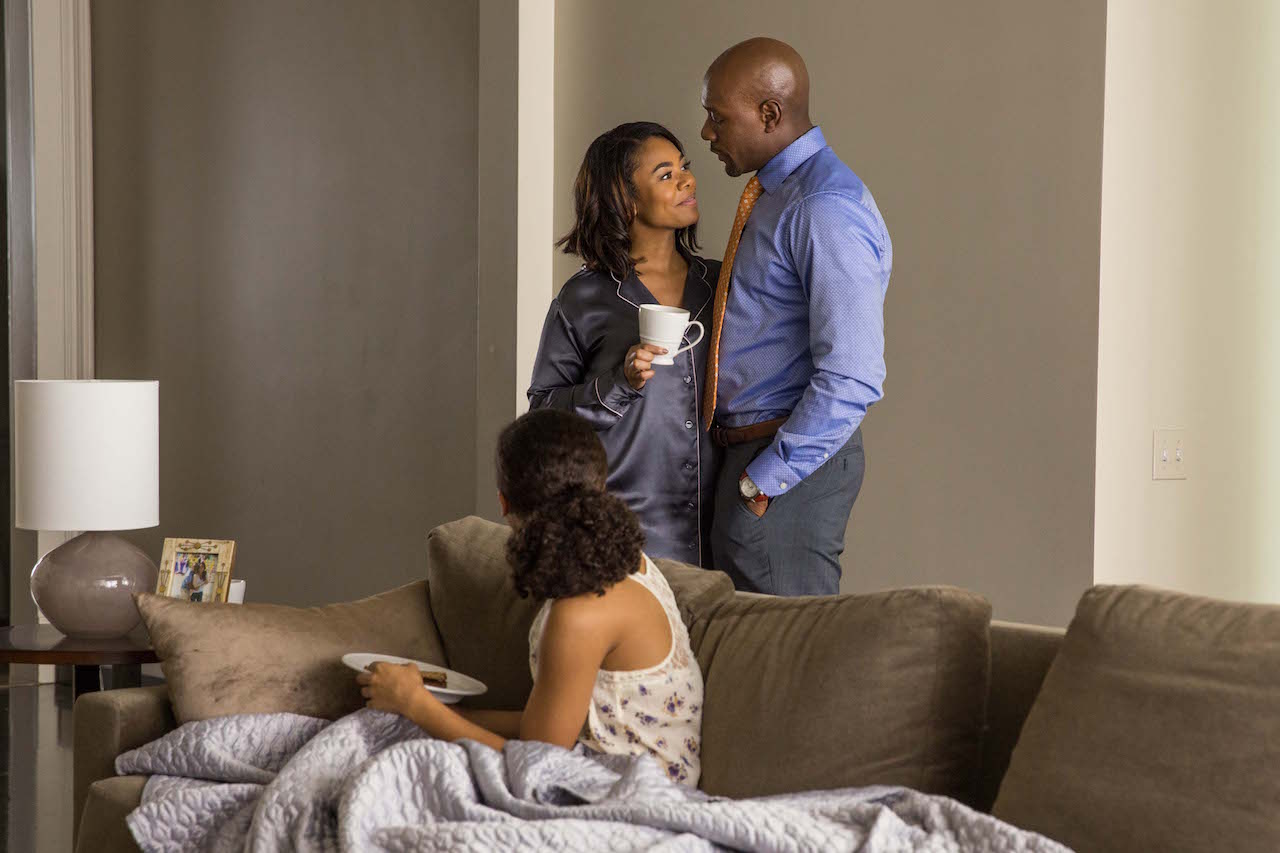 John (Morris Chestnut) and Laura Taylor (Regina Hall) are two very successful married people. They both have fantastic jobs, they make bank, have a nice hall, come from nice backgrounds. But they cannot have a baby together, for whatever reason. After multiple miscarriages, the two have spent years looking for a good surrogate who they trusted with their baby.

And they think they have finally found someone with Anna Walsh (Jaz Sinclair). She is a young and sweet girl, wanting to help others. She will also use the money to help get a good house for her and her boyfriend, Mike Mitchell (Theo Rossi). He is deploying soon, and with the her sudden extra income and his, they should be able to have their dream home.

Well, the surrogate is a success and she is pregnant. But it turns out that Mike is abusive, so they decide to protect Anna and let her live in the house with them. But Anna begins acting peculiar. Spying on John and refusing to be modest with her body. And she is still seeing her boyfriend on the side. He wants her to threaten to back down and keep the baby, they will pay her more money to give it up and they can get rich.

Also they lied about their names and their past. She is also becoming obsessed with John, to the point where she tries to tear their marriage apart and his life if she will not be with her. “Oh sorry, I seem to have fallen on the floor and can’t get up or cover up.”

When The Bough Breaks wants to take a perfectly normal and already scary situation for a couple and go to the extreme with it. I won’t say there is anything morally wrong trying to scare people away from using surrogates, because technically there isn’t, but it is still a pretty damn dark and grey area.

As this isn’t just a drama type film, but a SUPER drama, the actors mostly end up having to over act instead of letting a potentially great thriller play out. The plan for the girl and her boyfriend was pretty dumb. Her way of slowly seducing Chestnut was pretty dumb. Hall’s character was completely absent and terrible in this film as well. Just a lot of badly working together gears not making a lot of progress.

And the ending where all the potential scares occur? Yeah, I was scared once when a character drops the baby safely strapped in its car seat, but none of the other tension was felt. It was instead all laughable, including its finish.

There won’t be any surprises in this film. Heck, there isn’t even nakedness to make a real sexual thriller. Just a laughable thriller, with a terrible idea for a plot, acted by people who normally do a bit better.