Here is a strange fact I learned about What Maisie Knew. Normally, when I find out it is a movie adaption of a book, I don’t give a shit. What movie wasn’t a book first, honestly? Just straight to movie is a rare, rare concept.

However, the book version, also called What Maisie Knew, came out in 1887. Holy poop pants! Sure there are modern movies being made off of old properties all the time, and updated for our technologically infused eyes, like random Shakespeare plays or whatever. But this feels incredibly different. The subject matter of the book is about divorced and its affect on the daughter in the household.

That is a really specific topic to be talking about over a hundred years ago, six years before we invented flight. If the book is anything like the movie, I will just be impressed at the level of thought that went into such a tale. Yes, I do think people in the 1800’s were generally stupid. They don’t care that I think that, because they are dead, yo. 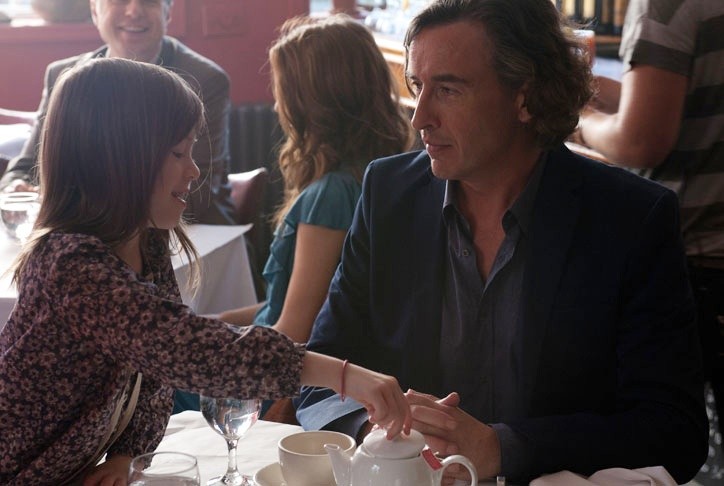 Just like how everyone in this picture will be dead at some point. Err…

The story begins with Susanna (Julianne Moore) and Beale (Steve Coogan) having a bad time. They argue a lot. They are getting divorced. She is a rock and roll singer/performer, who travels a lot, and he is a British art dealer. The other thing they share in common is that they are not the main characters of this story.

Maisie (Onata Aprile) is! The young daughter of the couple, she has to now experience a divorce where neither side is really nice to their former lover. The story is in reference to what Maisie sees during the divorce, the pivotal moments of it all, that I guess adults assume she won’t understand. But she does.

Both of her parents find new lovers, Susanna finding a much younger Lincoln (Alexander Skarsgard) and Beale has found Margo (Joanna Vanderham). Thankfully, both of these people are at least super nice, so that should make the transition to living in two homes easier right? Eh… 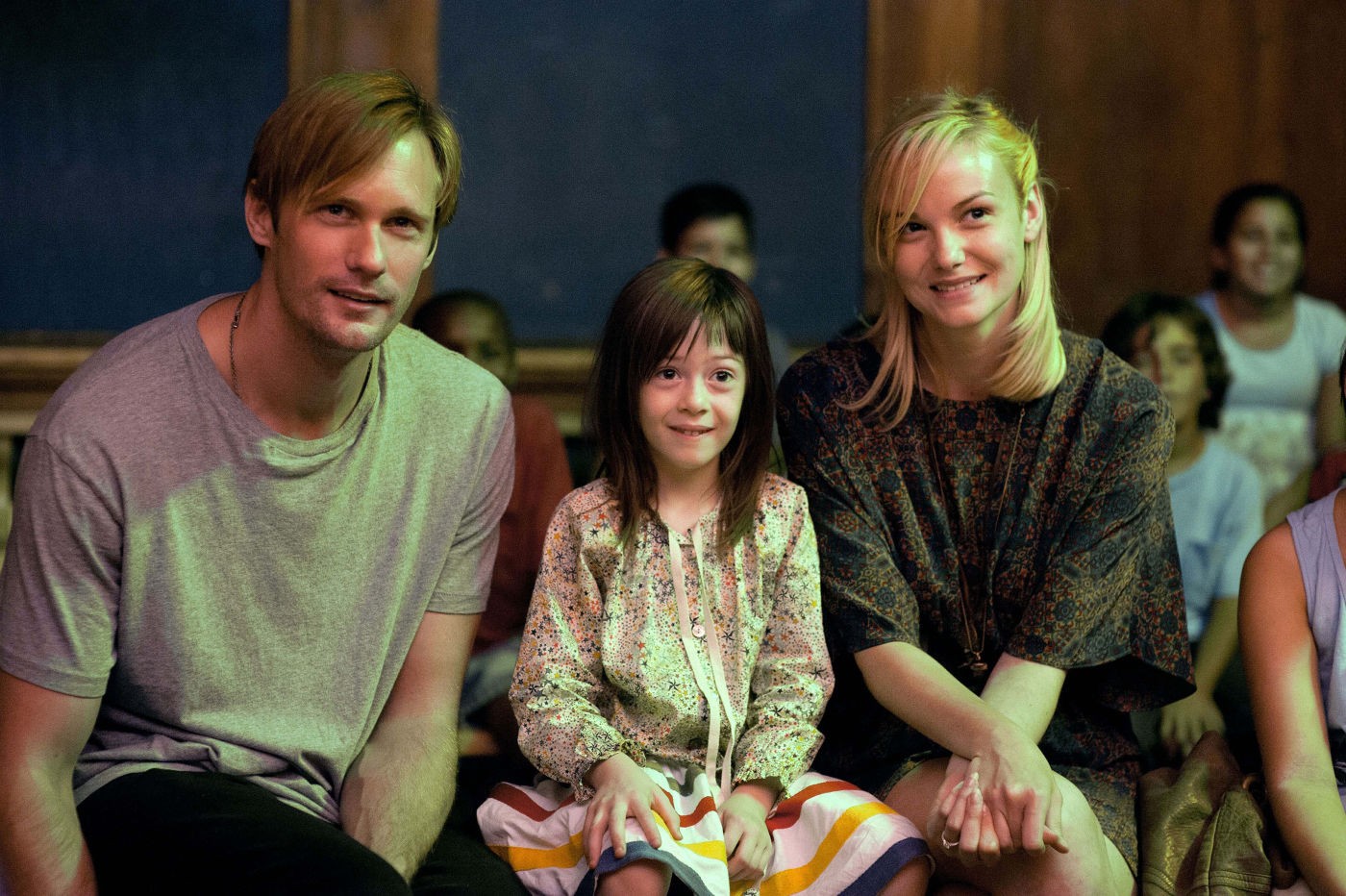 Hey, Maisie. Neither of those people are your natural parents. That’s awkward.

Movies with divorce and broken families in them are always a bit uncomfortable or awkward. The drama between them sometimes feels too real. It is even worse when an entire film is based around a divorce, and not just a minor plot point in the greater story.

We get to see parents talking to their daughter badly about their other parents. Custody battles awkwardly taking place outside of court, and in schools and homes. Constant disagreements amongst the parenting agreement, as to who can pick up who, when pickups have to occur, etc. Learning to trust new people in her life, which I guess comes relatively easier to her. The step parents awkwardly in the background, trying to help their new spouses with these difficult fights, but you know, not knowing how to.

It was just all very real, and I can say the ending shocked me a bit. At times I felt the movie moved a bit too slow, but overall, a wonderful film that really puts the ma back in drama.