Seriously though. What Happened, Miss Simone?

You used to be there, now you aren’t! That is why Maya Angelou asked this question in a poem.

Honestly though, before this documentary, I don’t think I ever heard of Nina Simone. The only reason I decided to watch this one was because it was one of the few documentaries nominated that I had not already seen. And a Netflix original at that. I honestly swore I was done with these sorts of documentaries for 2015.

You know the type. Musical biographical documentaries. 2015 was full of them, and I think there was a three or four week span on this website where the documentary in question was about a famous celebrity or musician. I am sick of them.

Nina Simone was black and a classically trained pianist. She was trained by two rich white women who took a fancy on her, despite the quite segregated times. She also began to sing over music eventually, despite that not being true to her training. And hey, then she played jazz. She had a soulful voice and America fell in love with her. She was in fact the first black pianist to play at Carnegie Hall, one of her life long dreams.

And then things started to change. 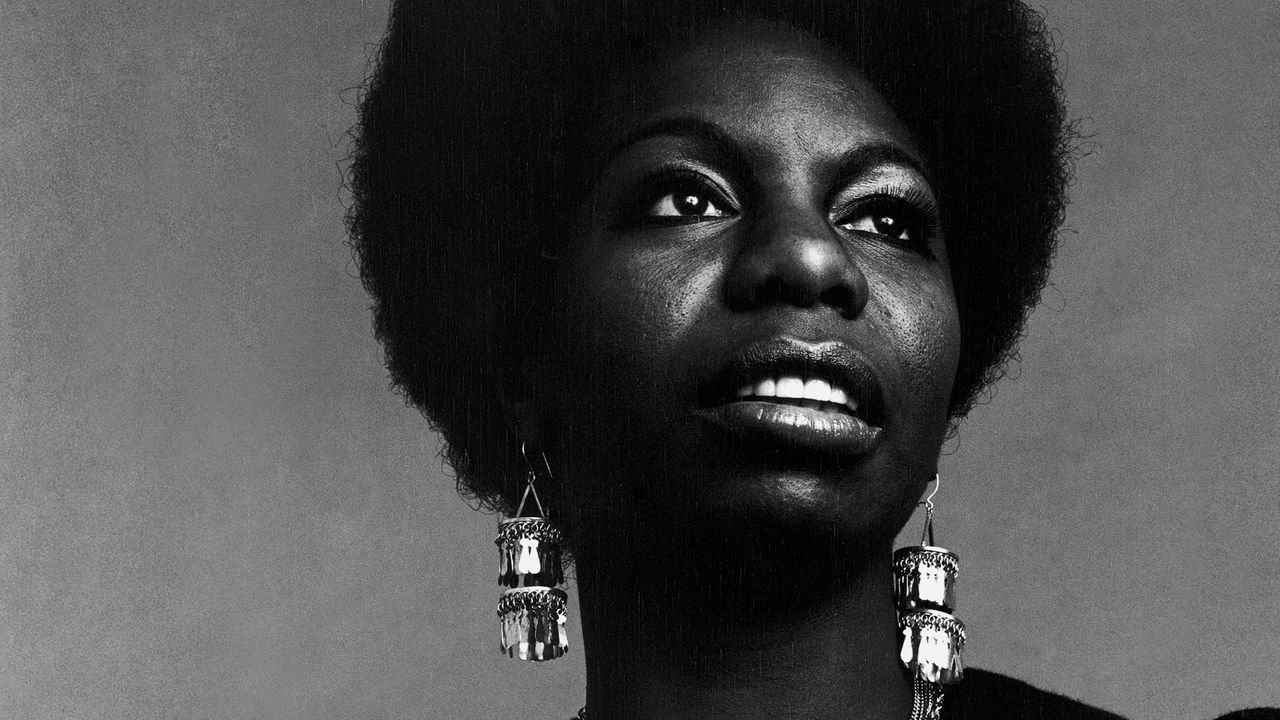 Her hair grew as expansive as her talent!

What Happened, Miss Simone? is of course a documentary about her life. It lets us know about the birth of her daughter, spousal abuse, over working, switching from Jazz to political/protest music, her super involvement in the Civil Rights, her leaving of America, more abuse, and the end of her life with music and touring. A pretty broad spectrum. If it was a real movie about her life, then it would probably only be about 1 random year of her life during the civil rights instead of all this other stuff!

There were some good moments sure. When the abuse and political songs started. We had interviews from her daughter and could hear stories of Simone hanging out with Malcolm X, Martin Luther King Jr., and more. It was also interwoven through live performances of some of her songs, back in the day. We are talking old school video recordings. They were neat.

If I had any real issues with the documentary, it just took me a long time to get into it. The early parts of her life and first 20-30 minutes seemed to drag for me. The other strange point is that the documentary did a good job of highlighting all the struggles in her life. All the bad things that happened to her and her depression. But, given the title and how they worded it, including letting her abuser talk in the documentary, it seemed to just make her a giant victim in the whole documentary.

I think it should have done a better job of celebrating her life and showing how strong she was to get through things. Instead it focused on her weak times not her strong times. Maybe that makes a more intriguing story, but to me it doesn’t do a lot of justice to someone who was actually really important for the civil rights.

I guess I am surprised this documentary was chosen as a nominee over a few many others I have seen this year. Oh well, on to the next one!

2 out of 4.
Tags:2 out of 4, Documentary, Nina Simone, What Happened Miss Simone?