Skip to content
HomeUncategorizedWe Need To Talk About Kevin

I like this title. It makes me ask questions. And it makes me want to say it a lot.

We Need To Talk About Kevin! Clearly Kevin is up to something, and me and you refuse to talk about it. Like elephants. No one talks about elephants. AND NO ONE WANTS TO TALK ABOUT KEVIN.

I have also been substituting Kevin for other nouns. Just always seems appropriate. Can’t stop, talking about the need to talk about Kevin. 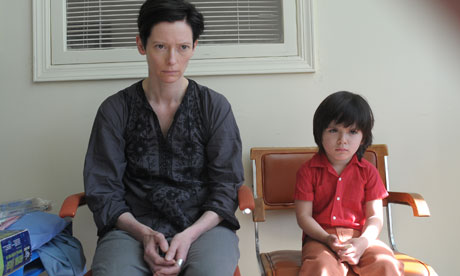 Jeez, I think we need to talk about the size of Kevin’s head.

Seriously, am I just making that up, or is his head really big right there? Clearly the best course of action involves zooming in to make it all pixelated and scary. 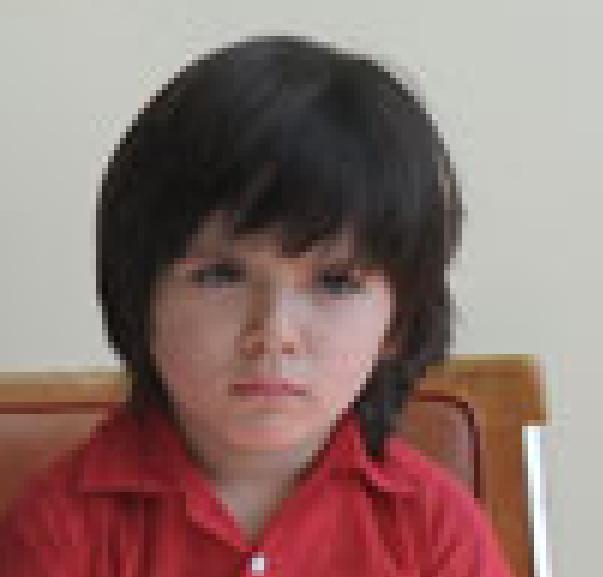 If you are reading this at night, I apologize.

Either way, something is up with Kevin. Kevin does something bad, but the movie doesn’t want you to know about it. The beginning is super weird, with the mother (Tilda Swanton) in what appears to be a giant tomato fight, like that giant tomato fight festival. Lots of red liquid in this movie. She is living alone, and people tend to dislike her. Kevin (Ezra Miller) is in prison now, for something, but what?!

At the beginning of the film, it is very disjointed. Scenes after the fact, before the birth, and during an event, all quickly stipulated together. Eventually it slows it the hell down, but definitely overwhelmed me at the beginning.

Kevin’s mom is married, with a Husband who works a lot (John C. Reilly) and dreams of being an author and traveler. They have a boy, Kevin, and she is originally left to raise him on her own. She can never seem to make him stop crying, and finds that other loud noises are a reprieve from his shrieks. But of course he is completely normal when the dad is around.

But when they are alone, as he grows, he takes forever to talk. He takes forever to get potty trained. To roll a ball, and enjoy life. Always staring with those damn dead eyes. Some abuse might be present, but it doesn’t last long, as he realizes the potential for black mail, and soon he seems to be running their lives, doing whatever he pleases, and she cannot stop him.

But soon they have another child, a daughter (Ashley Gerasimovich), and subconsciously he gets jealous. Then he gets all pissed off. And does a certain bad thing. The marriage also at that point was falling apart, divorce papers being filed.

The after math of the “incident” which I guess they try to keep secret, involves the mom living alone, in a community where no one wants to talk to her, and finding a cheap office job to make a salary, and try to get her life back on track.

Those big headed comments made me think of this scene earlier.

I already explained a bit of this, but man, that beginning, did not like it at all. When it slowed down, and gave us longer scenes, before and after the event, I was able to enjoy the film a lot more. I don’t want to have to work too hard to understand it. Thankfully she has different hair styles before and after, so it isn’t hard to realize when in time we are.

And I thought it was super powerful by the end. I kind of was told what the event was that occurred, but I didn’t see the “Extra events” coming by the end, and I was definitely shocked. Powerful acting, and a lot of big heads. Even John C. Reilly has one.

3 out of 4.
Tags:3 out of 4, Ashley Gerasimovich, Drama, Ezra Miller, John C. Reilly, Tilda Swanton, We Need To Talk About Kevin