Wanted is by far one of the movies I have dreaded most to watch. I also have read the book and have no way of doing this in a biased way. Yes, I generally review things and ignore the book. But usually if they have the same name they at least have the same plot. This is not really true with Wanted the movie, way way different than the graphic novel. 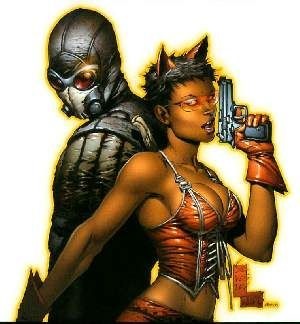 After all, neither character looks anything like their comic version.

This movie is about a group of assassins. The comic is about super heroes and super villains. The main character is more or less the same. Some loser working in a corporation. Clearly a tool. This Wesley (James McAvoy) has a gift though. Genetically he can shoot good with a gun (what?). Again this is not really a superpower, because this is supposed to be considered normal. It is rare, just possible in the world. In the graphic novel of course it is easy to accept, because lots of people have powers.

Eventually he finds out about this gun thing, and got it from his dad, an assassin who is dead. Fox (Angelina Jolie, who is definitely not black), brings him to the organization to meet Sloan (Morgan Freeman, who is) and begins training to join the “family business”. The Fraternity which…kills people based on The Loom Of Fate. Which has a secret code which they use to find names of people to kill. Yeah. Not really well explained.

Some missions happen, he gets to go after the guy who killed his dad, other betrayal, lots of dying, long rage shots and curving bullets. Yeahh. Then some breaking of the 4th wall. 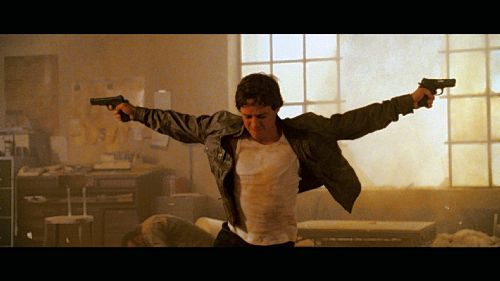 Seriously though. This plot has nothing to do with the actual graphic novel and is actually way weirder. Who the hell would say “Lets have a Loom that tells people who to kill! Yess!” What? In the graphic novel, it is a world where the superheroes actually lost and no one believes in super powered people anymore (just tell the stories in comics. Hah). But they have this big organization. Tells of a war between all the different chapters, and search for his father.

This one of course has him go and take down the organization that trained him in a highly predictable pathline. No super powers! No other evil groups. Just…a Loom of fucking fate.

I really can’t get over the loom. I never saw that coming, just knew the one difference between the movie and graphic novel. The acting is dumb, special effects driven movie, and stupid stupid plot.

1 out of 4.
Tags:1 out of 4, Action, Angelina Jolie, James McAvoy, Morgan Freeman, Wanted