For those of you who don’t know what a Walk Of Shame is, what, have you never seen a movie/tv show set in college?

A Walk Of Shame happens after a one night stand. Usually the sex takes place at the man’s place and then the women is left walking back to her apartment or dorm early in the morning wearing the same outfit she had on the night before. This becomes even more apparent when the outfit is a dress or something one might wear to the clubs.

I know absolutely nothing about this movie besides who it stars, but the title probably explains about half of the events in the movie. 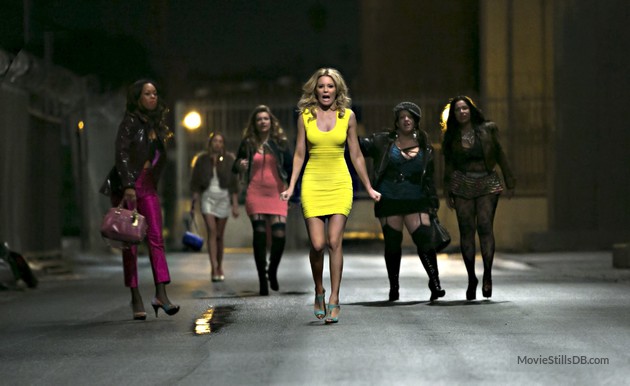 Before we get to the shame walking, we can talk about the day before. Meghan (Elizabeth Banks) is a TV Anchorwoman. She had a few misshaps in her early reporter days, becoming one of those youtube bloopers because a cat attacked her, but now she is on top. On top of a dinky station.

She is applying to work at a much bigger station looking for a new anchor, but they want someone who is squeaky clean. No scandals, no sex tapes, no awkward tweets. So of course Meghan wants it bad.

This is a success, she has an enjoyable night with the bartender/writer (James Marsden). But she wakes up really early. She has a voicemail from the night before. The person they chose for the job won’t work, so the big fish are coming to see her show that afternoon. If she nails it, she gets the job!

But she is slightly hungover! And her car just got towed! And her purse was in the car! And she left her phone in that apartment!

Oh golly, will Meaghan be able to make it in time without ruining her public image? 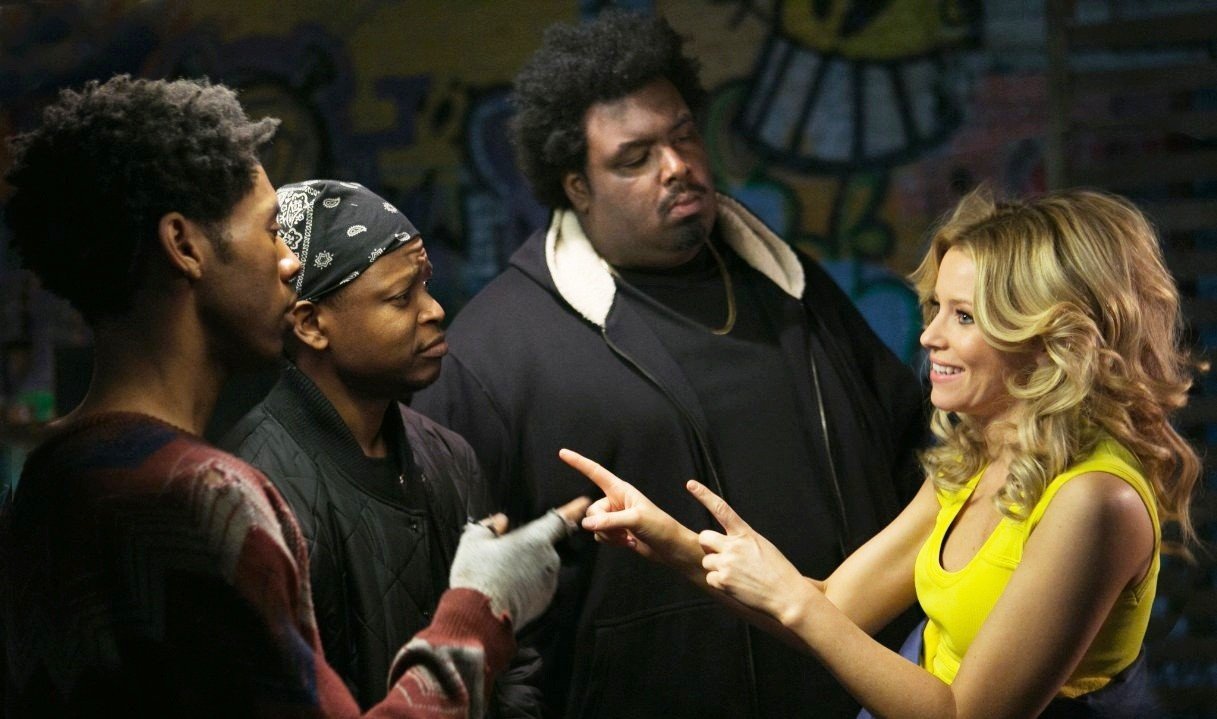 These guys are all helicopter pilots.

So what is the main point of this movie? A series of unfortunate events to put a upper middle class person onto the streets, dealing with people and situations she never considered possible? Yeah, but more so is the focus on the dress. Because she is wearing the dress in the middle of the night / early morning, people assume she is a prostitute and treat her as such.

That means that Walk Of Shame has, for the most part, one joke, just told in a different way over and over again. Not only that, but every situation is because of terrible communication. Every time Meghan starts to talk, she does it in the slowest most awkward way possible (nothing like her actual character, someone paid to talk well) and decides to do whatever it takes word wise to make sure that people will not realize she isn’t a prostitute. It was pretty dang annoying after the fifth or sixth time.

Walk of Shame does some have some amusing moments in it, and even the premise isn’t too terrible. The execution however felt incredibly lazy and the ending was a bit disappointment. I mean, James Marsden isn’t supposed to get the girl. He is supposed to have a girl and that girl leave him for another.

The very end, a small speech is given about how her outfit shouldn’t determine the way people treat her, which is great, but it is really quick and I don’t think the movie really conveys the point that well.