It is a hard goal, but I figure I should also check out the best documentary nominees. I was really hoping that I would have seen a few of them before they were nominated, but apparently the ones I thought looked interesting weren’t good enough.

I really should have seen Virunga, because it was a Netflix documentary and has been made available for awhile. My bad. Either way, I can totally get these documentaries done ahead of time, I think.

Virunga! It is about the Congo! The only stuff I know about the Congo are from the movie, Congo, and apparently it grossly misrepresents what is going on over there.

Kind of. Because there is a big military presence ever. And there are definitely gorillas, which is really the point of this documentary in the first place. 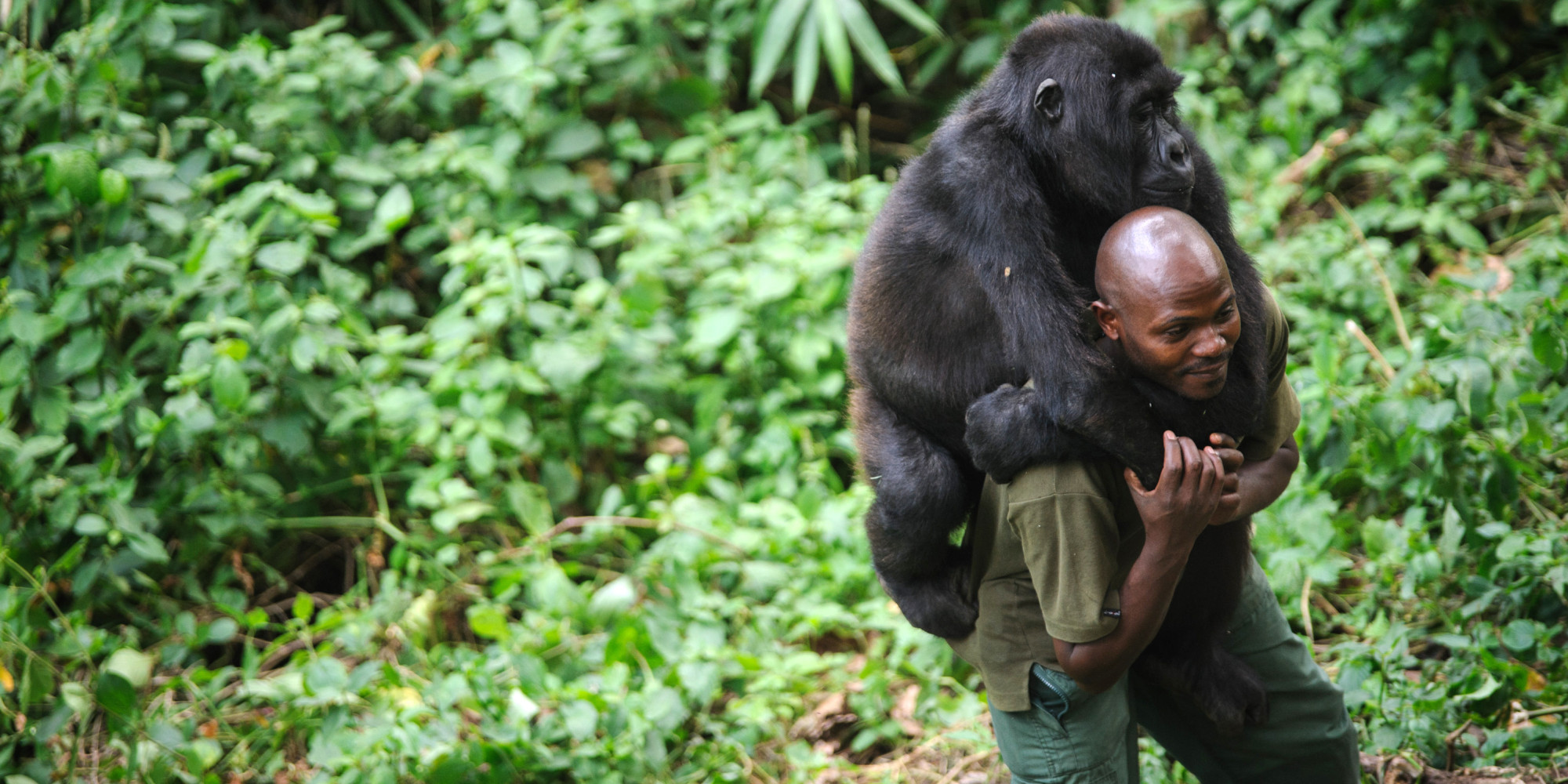 Well, the love between a man and his gorilla.

Virunga is a national park in Congo. The gorilla there only lives there and is being hunted. They want to protect them and the land from being messed up like the rest of the Congo. But also, we have an oil company there who wants to determine if there is oil under the large lake and in the area. They aren’t allowed to drill there or extract anything, but they just want to “see”.

Apparently they might be doing more than that, too. Secret meetings, bribes, and mercenaries and fighters. Oh boy.

Virunga at points plays out like an action movie, as they had people recording the events happening right before people would get attacked or fights would break out. It was definitely a bit scary and intense. I was also really impressed by all the moving parts. A lot of different sources of information, from park rangers, to journalists, to everyone in between. They really branched out with their work.

I think what is best about this documentary is that it is set in the NOW. This type of stuff is happening, here are recent events, and we should be outraged about it. I would be, but I can’t muster it up. But I know I should be which is even more important. Great source of information coming from many different angles, and not very biased. Nice.