Another V/H/S movie, another year. I liked the first two installments. They offered me a lot of variety, some bad, some really good, at least most of them were okay tales and pretty dang unique. I like the anthology format, as a lot of these stories you wouldn’t expect to last a full movie.

There isn’t a lot I can really say about V/H/S: Viral ahead of time. A few short horrors, one that plays between them that somehow branches them all together. Like before, this one was released on V.O.D. before a small theatrical run, in order for people to watch at their home for Halloween I guess. 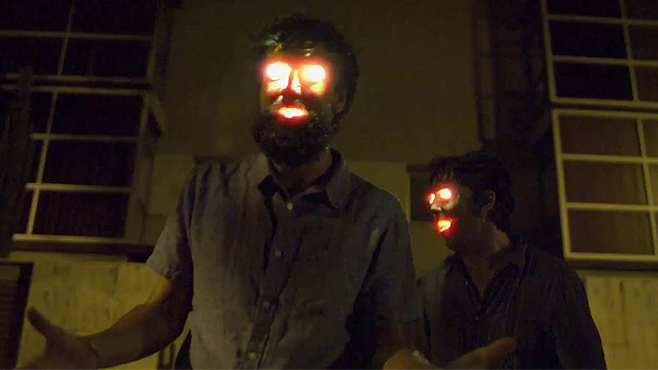 For this part of the franchise, we have an astounding FOUR short stories that make up the entire movie, including the one that is spread throughout the film. The main story, I guess, is Vicious Circles, and involves a police chase of an ice cream truck throughout Los Angeles. It interests a lot of the community, hoping to grab shitty cell phone footage to place it on youtube.

We have Dante The Great, a story about an illusionist who finds a magical cape that grants him real magical power, but one that needs to feast on the blood of others.

There is Parallel Monsters, about a man who builds a portal into an parallel universe, right when his parallel universe does the same. Everything seems identical, so they agree to explore the others side for 15 minutes, but of course, not everything is as similar as it seems.

And finally, Bonestorm, about a group of people wanting to film a skateboarding video, who head to Tijuana where there are big ditches that no one would care if they did tricks there. And then they also get involved with a Mexican cult.

There was supposed to be a story called Gorgeous Vortex, which was apparently cut for some unknown reason. I just know it was sixteen minutes long and it did not make it to the final movie (but I think I even still saw it mentioned in the credits, awkwardly enough). 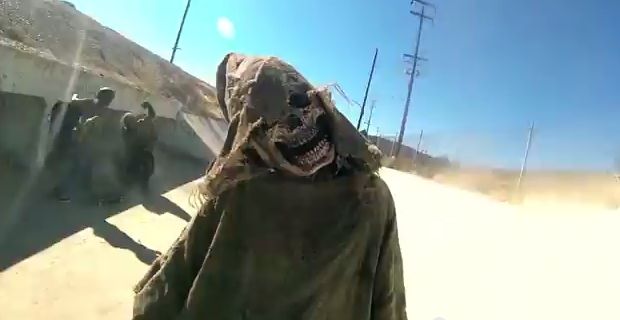 First thing of note, this is incredibly disappointing in terms of number of stories. I feel cheated, like I barely got enough diversity.

The main story is terrible. For whatever reason, despite the good technology to capture all of the events, was full of class video tape stylized cut and screech noises, and it got totally annoying. It didn’t make any sense until the end, where it was kind of cool, but very disappointing leading up to it.

Dante The Great didn’t match the V/H/S style at all. It was very shitty and I don’t even want to count it as a short on this movie. It would have been better without it.

Parallel Monsters was the only good story of the bunch. It had a nice sci-fi concept and told a bizarre story. I still think it had too much filler in the middle, where it was just being weird without advancing the plot any forward.

And Bonestorm? I think it had a good concept, but the main characters were very annoying, it took too long to get to Mexico, and then when the cult appeared, it became incredibly confusing as to what was happening, who was dead, who was dying, and a lot of chaos made the end almost unwatchable and not exciting.

This is the worst addition to the franchise, by far. And based on the Vicious Circles story, it kind of gave the whole thing a bit of closure. But I assume they will still keep trying to milk this franchise, because it is cheap, and they don’t need to come up with 90 minute plot lines. I have no issues with the anthology horror genre, but this one is so much worse than the other two, it is incredibly disappointing.