This is a movie I have walked by about a jillion times, with no intention of rushing to watch it. Vanishing on 7th Street just sounds like a dumb title. I also couldn’t tell if it was a horror or a mystery (its the former).

But I did the craziest thing, and read some of the back. It takes place in Detroit, yess! WATCHING THAT SHIT IMMEDIATELY. 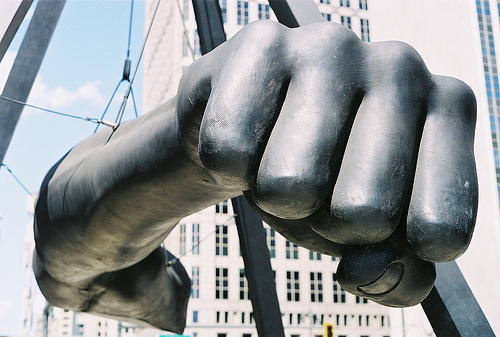 No horror can terrorize Detroit. They’d either take a punch to the face, or leave because its already terrorized.

Movie begins at the movies. Thats awesome, because this is a movie. John Leguizamo is some sort of maintenance guy, flirting with the ladies. But while he is in the back, (where it is already dark, so he is using his nice head flashlight thing), it gets darker and he hears a lot of screaming. What what?!

When he gets to where there is people, well, there isn’t people. There is a bunch of clothes on the ground, but no bodies. Some more screaming, but that is it. Turns out that whatever is happening takes the bodies when they are without a light source, in the darkness. Main power generators were all taken out, but anyone who had a lighter or flashlight or something at the time wasn’t taken.

Until their light goes out. Thankfully day still happens, but it is getting shorter and shorter. What ends up happening is his character, Hayden Christensen, Thandie Newton, and Jacob Latimore all end up meeting at a bar that has a generator and is making it a safe haven.

The rest of the movie is them trying to figure out how to escape the city, not sure if there is others out there, or if it is just affecting Detroit area. Mostly thing this because of the Lost Colony on Roanoke, and also claiming that the phrase “CROATAN” is mysterious, and not a very well known Indian tribe also in the area of Roanoke colony. 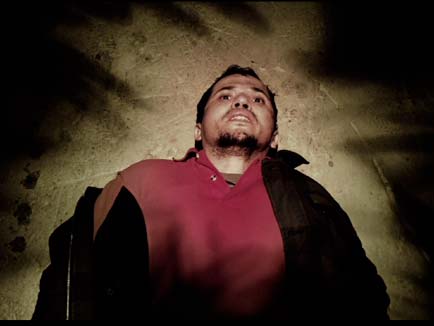 Oh noes! Look out for the darkness, John!

But the movie also feels like a huge let down. I feel like it didn’t tell a complete story. No you will not find out about the darkness. No, you won’t get any closer to what the hell is happening there. And you also really won’t get any [real] hope for the survivors. They tried to give hope, but that hope seems like bullshit.

And really, the comparison to that situation and the Lost Colony was stupid as shit. Colonists were told to leave where they were going carved in wood, and they did, “CROATAN” a neighboring island tribe. They may have been killed there or whatever. But for the character to say no one knows why they did that, or what it means it just dumb. And a horrible “possible movie plot point” to make.

I thought the movie was horribly slow, for no real payoff.