You know exactly why I got it. The same reason anyone gets these type of movies. I was bored and wanting to see something ridiculous, when I had a spare afternoon. I can’t always watch super dramatic or actiony movies. Sometimes you just want something that has a chance of having some cheap laughs. A good old fashioned college sex comedy. This one just so happens to be about vampires. 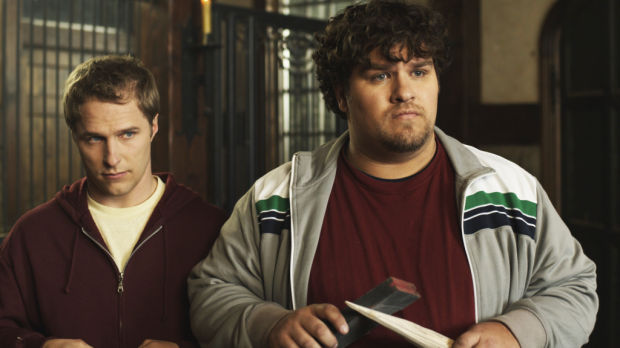 And the dashing young gents who have to bring em down.

Hey now this movie stars a guy named Wayne Gretzky (Adam Johnson). No, there is no relation to the hockey player. But he does have the nickname “The Great One,” so I guess that is something. He teaches history at some nondescript university. It is typical if not small. There is at least on fraternity and one sorority. Wayne is very popular among the students. He also happens to be a vampire.

He is rather unique in that he doesn’t kill humans. Why not? Because he is impotent where it counts. No not there, his teeth. His teeth just don’t want to come out, so he can’t feast. It might have something to do with killing the love of his life 300 years prior. Since then he hasn’t really had the ability to get it up. His teeth.

That is until Chris Keller (Julie Gonzalo) walks into his life and reminds him oh so much of his former lover. Yeah. That gets his gears back in motion. But after a series of flings, he does the unthinkable and makes her a vampire too. Well that’s just great. Now she is going to terrorize the campus, turning them all into vampires. First her sorority, then the campus, then…the world? 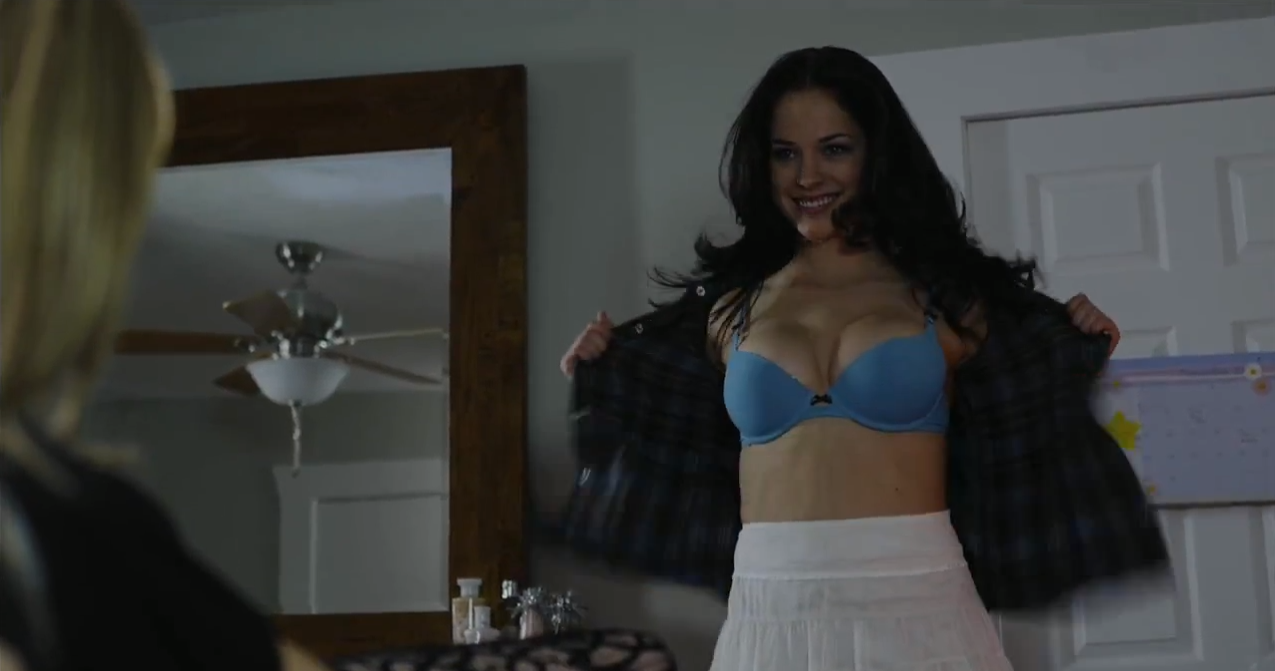 I swear that this is a relevant picture.

Well this one is definitely comedy. The other two thirds are doubtful though. Well, in terms of sex, I guess the professor and the one girl. They for sure have sex. Off camera. Implied. Then that is it. No naked people at all, that is the closest naked part. Alexis Knapp in a bra.

Alright so that is lame, and yes I will base my rating off of that.

As for comedy? Well, it is obvious that is what they were going for. And I probably laughed at least twice. But so many of their attempts were just miss after miss after miss, it got a little bit depressing. Matt Mattson’s entire point is comic relief, but he can only do so much. The other main male college student spends half the movie whining that his favorite professor got to his girl first, even when she is a vampire.

Honestly, it took an actual okay idea (vampire sorority?) and just did nothing with it.

Obviously the main jokes were going for sexual inadequacy with the vampire in regards to not extending his teeth. But they just didn’t work.