Unthinkable starts off with some Muslim dude saying he has planted three nuclear bombs in cities around America, and set to go off in a few days, Friday at noon.

I could swear, during the video of this, which they were showing CIA/FBI people on Wednesday, someone said “That’s four days!”. Dumb. Just saying.

The beginning of this movie is kind of weird too, with the FBI being behind the news in this matter. For some reason, when trying to find said suspect, they get attached to Samuel L Jackson, who kind of just sticks around. We are told he is a dangerous man under protection. But good thing they did, because he can help! 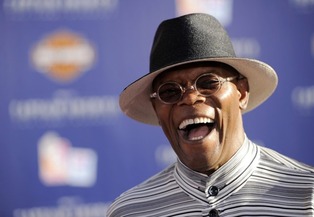 The head FBI lady is Carrie-Anne Moss, or Trinity from The Matrix. SLJ is a “interrogation specialist” or at least a guy who is willing to do anything in torture to get the truth. Yes, even the Unthinkable.

His assistant is Benito Martinez, or that guy from The Shield, and Stephen Root is his lawyer/representative guy. I have been wanting to tag Stephen Root forever, he is probably in half of these movies I have on the site, but NEVER has a major role.

Anyways. Most of the movie is the few days of them trying to torture this guy, going back and forth between the two methods. And by back and forth, I mean 90% of it is SLJ’s way. 100%, if you assume he is allowing the other way to even happen, and can stop it whenever.

Obviously this movie questions everything about interrogation procedures. Does torture give viable results? Which side is overall right? Why is the head army dude so wishwashy and quick to pass blame? (Seriously, what a horrible character. Not believable). I guess it just goes to show that no one know what to do when trying to stop 3 nuclear bombs from going off.

I find it hard to believe a guy could make them. Especially with such great “countdown software” which I bet is only real in movies.

But the movie and acting were very great. The only thing I can take out of this really is that they really hate Muslims. I think the film avoids taking sides, and still has a dreary ending just to prove that live sucks. You know. Well, it would at least if we didn’t have Samuel L. Jackson. 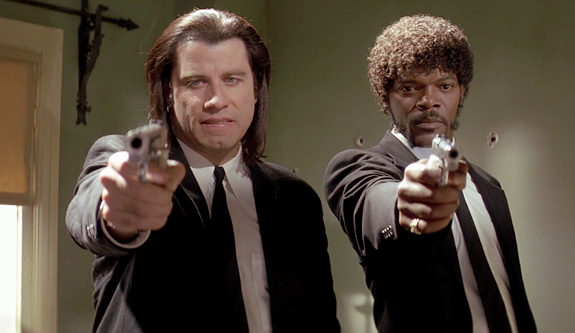 If Samuel L. Jackson was actually in charge of torturing a man, you know he’d have shotguns instead.
3 out of 4.
Tags:3 out of 4, Benito Martinez, Carrie-Anne Moss, Samuel L. Jackson, Stephen Root, Thriller, Unthinkable