I will ask the question everyone is thinking first. Does Denzel Washington have a secret train love? 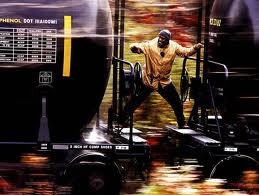 He probably likes to pretend he is actually part of the trains.

First I reviewed The Taking of Pelham 123, and now this, Unstoppable. Denzel was some NYC conductor like person, and in this one he is just a driver. Been working 20 some years, being forced into early retirement. Almost reminds me of John Q.

Also there is Chris Pine, while not Kirk, he is a Conductor of the train with Denzel, and thus I will now call him Captain. Thanks to a bumbling Ethan Suplee (who the movie makes way too big of a bad guy for “simple mistakes”) a train half a mile long accidentally gets set in motion (with the throttle on, meaning it gains speed, or something) and with no real way to stop it. Breaks out. Shit is going to happen in Southern Pennsylvania.

The movie starts pretty slow, with initial tries to stop the, at the time, slowly moving train. Rosario Dawson is at the command center and only working with idiots. The train also has a whole bunch of bad chemicals on it that could wipe out people. You know normal stuff.

So the movie is about how two normal people end up somehow preventing a train from becoming a big disaster. Based on true events, yet also widely exaggerated. Not a traditional action movie, but more of a suspense action at how they are going to stop the runaway train. And that story is pretty cool.

It was just a great story overall. I was definitely very interested in the outcome, despite knowing what would happen. But how would it happen? Blah blah blah, I’ve said stuff like that before. Also you know, it could have taken out their families. So they had extra reasons to go above and beyond the call of duty. 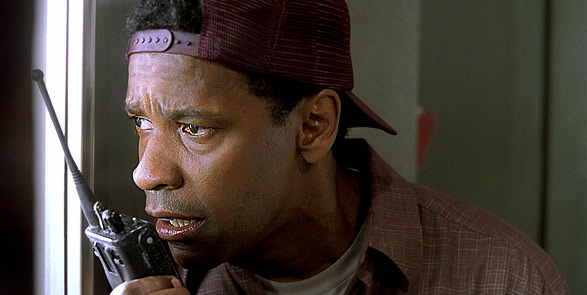