I have been waiting to see both Tron and Tron: Legacy for awhile. When Legacy came out on Blu-Ray, a local target had a sale for both movies on Blu-Ray for $30, but didn’t have the original there. It was sold out. So I said, “Screw you Target!” and didn’t get either. I felt like I was missing a part of life by not seeing the original Tron. I knew all the pop culture references, just not the movie. I was horribly disappointed with Tron though. Think it is popular more so because of its groundbreaking effects of the time, than actual movie quality, and that is the opinion that has stuck in our conscious. The Avatar effect, if you will. 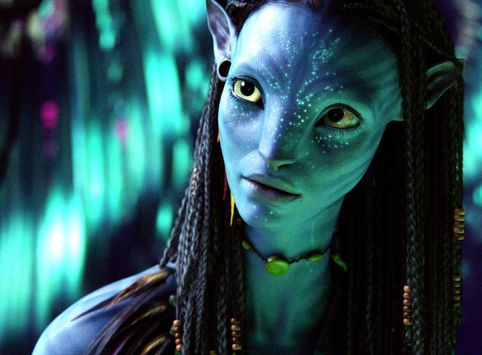 “Dude, quit dissing us on your site.”

This is a review of the second though, which could easily be watched without the first, which I guess was part of my problem. Despite being a twenty some year later sequel, you really don’t have to see the first at all to understand the second. So, why make it a sequel? Just because it has a similar world. Not worth it in my eyes. Yes. I also found that the music was good (as reported), and the visuals were fantasticles on Blu-Ray, it is just everything besides those two I found to be lacking.

Why are all the programs either goth, or just audience noises? Where is my fat people programs (the first Tron had that one guy). Maybe they just want to be far away from Tron Guy. It makes me wonder, what if Jeff Bridges didn’t become a big name actor? They really lucked out on having him, cause he was great in it. If they had a lame person in Tron, then they’d get a new person for that roll in this, and you know, not have as real of a feel. I hated the CGI young Flynn too. Olivia Wilde didn’t interest me either. Anyways, the plot was either weak or just confusing. So the movie might be best to just be on the background, especially if on drugs. It was more about effects than entertainment.