If it wasn’t for indie movie theaters in my area, I would have never heard of Tragedy Girls. It is the type of film with the type of name that is just so easy to ignore. If I saw it on a list of DVD releases in the future, I would have just assumed it was a Lifetime or CW film and just actively ignored it.

Back in the day I would have watched everything, but now I find myself with a semblance of a life, certain sorts of films just get ignored.

Thankfully I was given a screener and had enough free time to throw it on. Although to be honest, I wanted to watch the documentary 78/52 instead, but technical difficulties led me to Tragedy Girls (which again, I was only given an invite due to an indie film in the area). 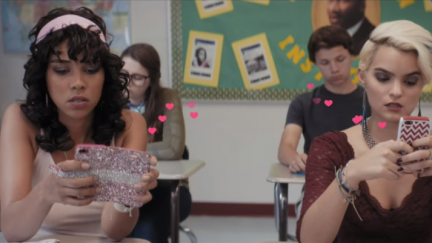 Nowadays in school they don’t fight the cell phone problem but apparently just let it all run wild.

Two girls, one twitter account. Sadie Cunningham (Brianna Hildebrand) and McKayla Hooper (Alexandra Shipp) have dreams of one day being famous. They also have dreams of finding out who a local serial killer is in time, and using that knowledge to get them famous. They have a twitter account, called @TrageyGirls to post rumors and news or videos about death in their town, but no one will take them seriously.

And you know what they do right away? Catch the serial killer (Kevin Durand)! But a caught serial killer isn’t too interesting, if he goes away, how will they continue to talk about new deaths?

So the two ladies keep him tied up in a hidden shack and decide the best way for them to get famous is to keep killing in his name. Their task is a hard one, as they have to not get caught and make the kills look like real kills, not just accidents. The good news is, they can kill anyone they want, whoever is trying to get in their way to success. Or just anyone who takes the spotlight away from them. 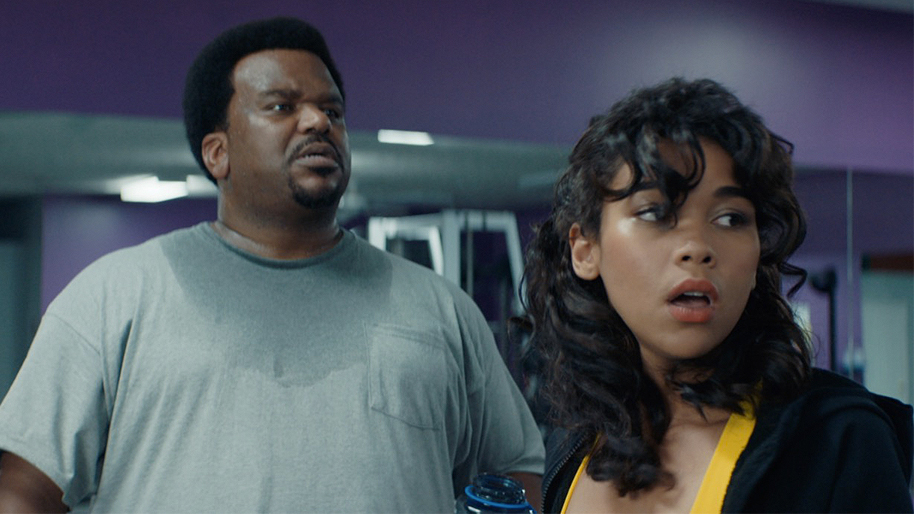 The most surprising stats are their cameos and how many of them were also in The Hunger Games.

Tragedy Girls seemingly came out of nowhere. A film I never heard about, with leads I have seen barely before, with smaller roles from legit stars, and it stood its own ground.

A bit satire/parody, a bit comedy/horror on its own rights, Tragedy Girls felt really fresh through a majority of the movie. Its gore never reached the level of Tucker and Dale vs Evil, but it had some very creative deaths to keep you shocked and amused. The leads are really charismatic and easy to cheer on their bad deeds.

The film is only a little bit creative though. The ending wasn´t too hard to determine, or where the plot would take the viewer. It is creative in how modern it made it, its take on serial killers, and a little bit of woman power. It is definitely refreshing in that it isn´t just a slasher, and the jokes are dark in nature and not just bullshit slapstick or references.

Tragedy Girls will probably become a cult classic at some point. Really, the only thing that could have made it better would have been some musical scenes. Or at least a tap dance number.