I am not sure why it took me so long to see Tooth Fairy 2. It definitely came out to DVD when I was still at Blockbuster and watching everything that came in front of my face, but we must have been closing soon, because it just never happened. Thank goodness I get bored enough to throw it on the laptop, and can write this review.

Here is what I won’t do. I won’t complain the same rant I did in Tooth Fairy. But it is still true, and it is still very annoying, and yes the rating reflects that, for sure. 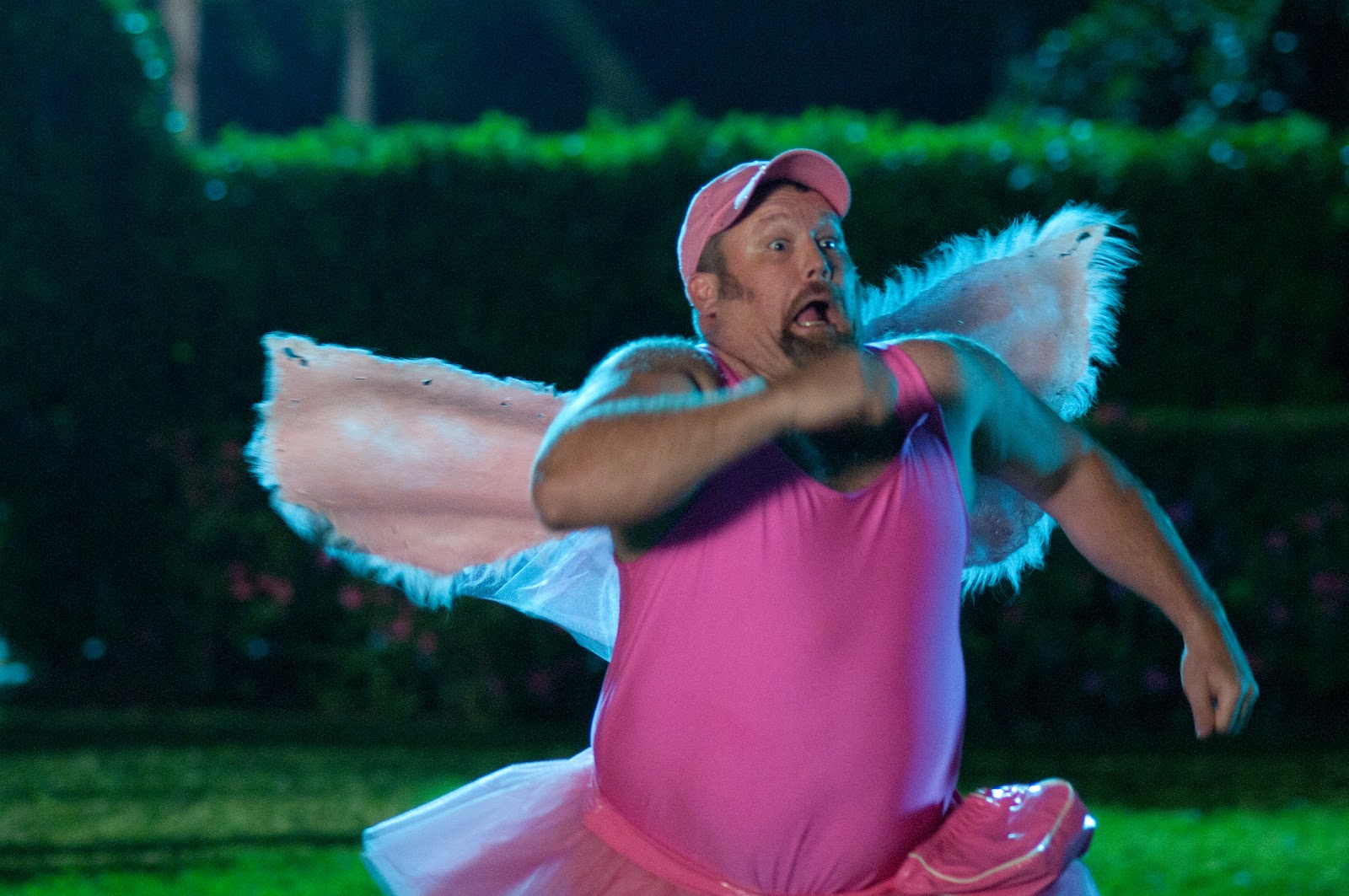 Good news, they brought back the pink tutu joke from the first movie, but you know, made it for 3/5 of the film!

Alright, this movie takes place in small town who gives a fuck. Larry Guthrie (Larry The Cable Guy), yes his name is fucking Larry, is dating a woman (Erin Beute). Surprise. Well, en route to a nieces one year old birthday party, they stop at a bowling alley.

Oh hey, chance to win a car. Just have to have name called in a lotto, then get a 7/10 split within three chances. Surprise surprise, Larry gets his name called, and does the most ridiculous shot ever to not only get the split but also several strikes lanes over. He is a local hero! Woman is mad at him for missing party, despite winning a new car. She is a bitch.

A year later, he is alone, and she is going to marry a guy running for mayor now (David Mackey). Way to fail. Well, he ends up ruining the fact that the tooth fairy isn’t real. Because he tells a kid the truth, he gets punished by tooth fairy. He now has to do tooth fairy-ing, collect 10 teeth in 10 days or else they will take out his favorite memory.

Kind of fucked up. Do you see where this is going? Good. I am done with it. 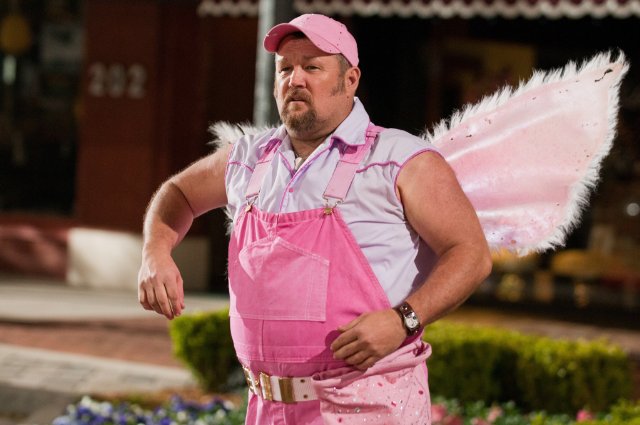 Thankfully they give him a…better outfit eventually?

Fuck this movie. It is worse than the first one. It takes all the good parts of the first one, and replaces them with shit. Seriously. The last one at least had hockey! And a better story line!

This has a bowling scene, and a mechanic who learns to what? Not tell kid the truth? I am confused.

He learns eventually that family is more important, and swooning over a woman. But holy shit, he won a bad ass car in the most amazing shot ever. She be trippin’. He was right, it is a 1 year old birthday party, who gives a poop?

Whatever. This movie was a bad idea from start to finish, and I even kind of liked the first one.