Welcome to the world of Tomorrow!…land!

Or whenever this movie comes out in relation to when you read this review. If you are reading this right away, you have to wait two days until Tomorrowland, which sounds silly. The best thing about any of this is that I have absolutely no friggan idea what this is about.

I know Disney. I know the main star. I know that the director has done a lot of good movies. And that is all I have going into it.

By the looks of things, this movie takes place in Nebraska.

The future is scary. Global Warming, terrorism, protests, oil spills, all of that. But what if the future could be better?

Your dreamers and inventors and all of those wonderful people? What if they formed their own society free from the masses and government influence? Why, then we’d probably get a repeat of Bioshock. But this is Disney, so it instead was a wonderful place where young Frank Walker (Thomas Richardson) got to live in awe and wonder. Until he was kicked out, for reasons.

Now, many years later, our star obsessed Casey (Britt Robertson) has seen glimpses of this wonderful place, Tomorrowland. And it was exciting. And she wants to go to there! Everyone else just thinks she is crazy. But with the help of a mysterious young girl Athena (Raffey Cassidy) and older Frank Walker (George Clooney), she might finally get her wish.

The rest of the people, in order of importance with no details at all include: Hugh Lauire, Tim McGraw, Keegan-Michael Key, Kathryn Hahn, and Matthew MacCaull. 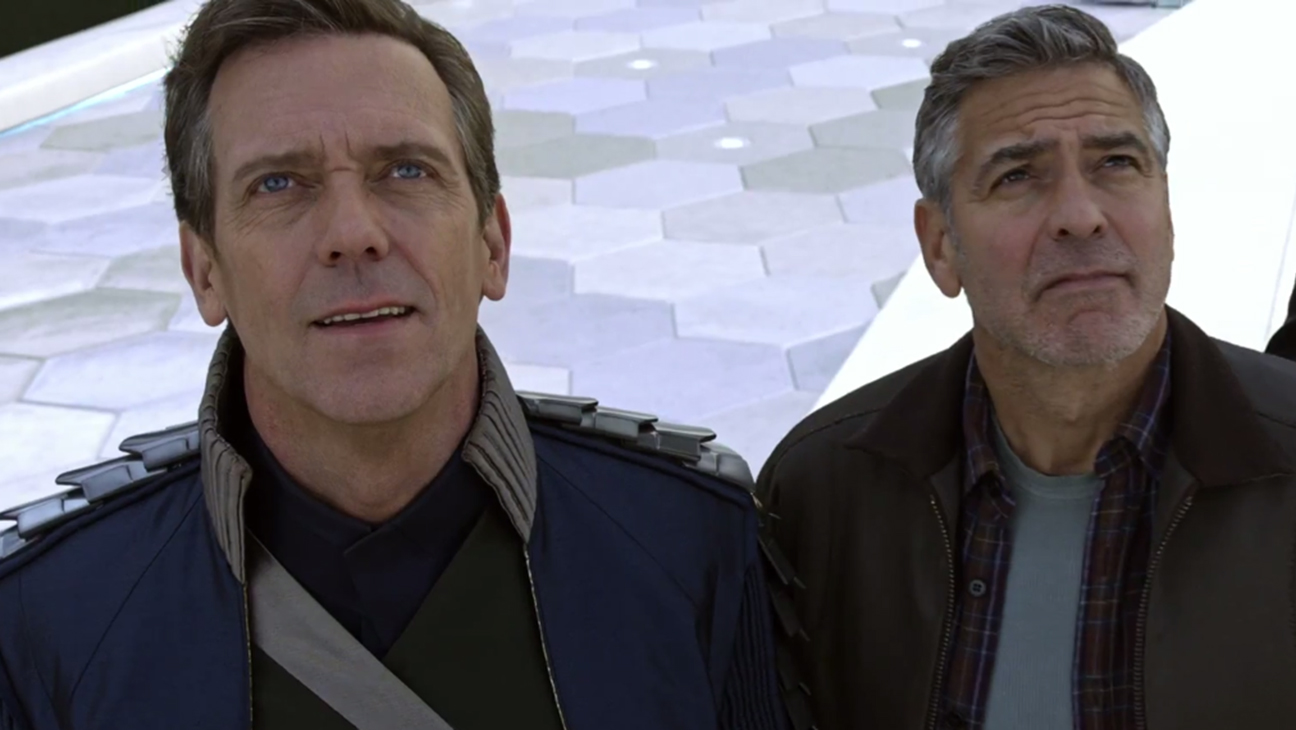 When did Hugh Laurie get such a young boy face?

The premise behind Tomorrowland I was purposefully vague about, I hope, because it just happens to be one of those movies that is hard to describe without describing EVERYTHING. So I won’t.

However, I can say that the beginning of this movie was wonderful. We had playful banter, wonderful imagery, and a decent story going. Heck, we even had robots. Clooney and Robertson were a delight! But as the plot took a more doomsday turn, something else started to turn as well. My ability to understand the movie.

Once they got to the part of the story where the Eureka! moment occurs, it all goes down hill from there. Mostly because they rush so quickly through the explanation, it is hard to make sure you understand before they start doing something about it. But that was the most common tactic in the movie. Explain quickly and move on, so you won’t think about it and won’t realize it doesn’t make a whole lot of sense. But it happened and the ending was kind of terrible and very anything goes by the end.

Which is a real shame, because I was enjoying it a lot before it got to that point. I am kind of SUPER disappointed that it didn’t end spectacularly. I don’t want to be hand held, I just want things to make sense. The movie was long and allowed for a lot to happen before they even made it to Tomorrowland. So it is a shame the end had to feel so rushed. Personally, I was left trying to discuss why certain things occurred with other movie viewers, and frankly, we kind of just gave up.

So, Tomorrowland. You were so close. If I had to compare, you were almost a Friday, but you fell flat and turned into Tuesday.