Apparently Toast is actually a biography movie for Nigel Slater, which is some British food dude. I don’t think I have heard of him, but thats because I am not a food dude?

Maybe someone here knows who this man is?! 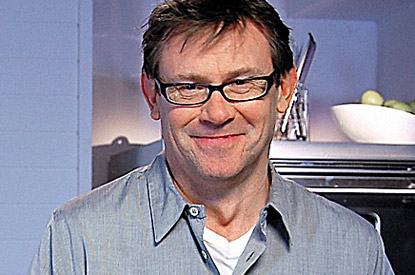 So, this goes over Nigel’s early life. When he is a kid and played by Oscar Kennedy, and he loves the idea of food. Like cheeses. Crazy right? But his mom can’t cook! She can really only cook Toast good, and apparently you will always remember who gave you your first piece of amazing toast. This could be a British thing. But she ends up dying because of something. So him and his dad are sad (Ken Stott). They also a richer family, or upper class. But still, cooking sucks.

The dad ends up hiring Helena Bonham Carter, a married woman to clean their house for them. She does it pretty sensually too. Partially because she is not his mom, and partially because she is lower class (or at least that is what it looks like as a pouty kid). Eventually she leaves her husband and moves with them to a new house, far from the city. Oh, and bonus fact, she can cook damn well.

FLASH FORWARD. And by that I mean, this movie is 90~ minutes long, and after about 60 minutes, the kid is now 16 or 17. Now he is Freddie Highmore. In the credits, he is Nigel. While Oscar Kennedy is “Young Nigel”. Despite the fact that he is in 2/3 of the film. I think that is dumb.

Anyways. He still loves food. He even takes home ec instead of shop. WHAT. A GIRL. He then tries to become a great cook. Why? So his dad will see no reason to keep his new wife. Yes. His hatred for her, because of her being a lesser class and not his actual mom drives his whole life. He thinks if he can out cook her, she will leave. Yes. Great strategy. 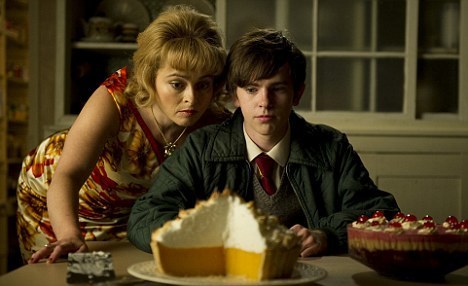 I just wanna put my face in all of that cream.

At this point I feel like I can spoil what happens? Because it is a dudes life and stuff. Eventually the dad dies, so it is just Freddie and Helena. And then he leaves home. He goes on to start his life. He leaves Helena alone in their house, despite her begging to stay. He gets a job. I think the moral of the story is that despite his extreme prejudices towards that woman, he wouldn’t be who he was today with out her?

If you watch this movie, you will hate the main character. He is never appealing. He is a jerkface.

The story is interesting. And the acting is decent. But this movie just takes so long to get to the “important plot points” in the last half hour. I think if it would have been brought up earlier, it would have been a lot more interesting. I spent the first 2/3 wondering what the point was. Then of course by the end realized it was a real dudes story. Guess that is why it wasn’t too exciting?