To The Wonder is another movie I accidentally waited a long time to see. It is that video on demand stuff, I tell ya. It came out in APRIL, and I realized a month later I could see it. Very exciting. After all, I knew the actors in it.

I also knew that it was Roger Ebert’s last review. Pretty fucking exciting. Then just like every other damn video on demand movie, I forgot about it and look where I am now. Reviewing it after it comes out on DVD, like a chump. Sigh. 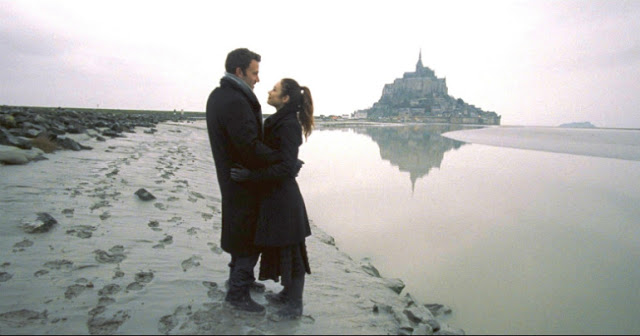 Life’s a beach, and then you’re Ben Affleck.

The movie begins in France. Huzzah! Neil (Ben Affleck) is a non descriptive American traveling in Europe. While there, he meets a Ukranian woman, Marina (Olga Kurylenko), and her daughter Tatiana. They fall in love, kind of, especially at this place: the Mont Saint-Michel. Aka, where that picture from above is taken.

So he invites her back to the US with her daughter to the wonderful land of Oklahoma. Because when I think of the US, I think Oklahoma.

For whatever reason (I guess we get to make one up), Neil is afraid of marriage, so eventually Marina gets sent back to France. Neil is left doing some vague environment work with problems that vaguely hurt the poor people. He rekindles with Jane (Rachel McAdams) who has had a recent rough past, and loves her up too. Just no marriage.

Marina has a bad time in France. Loses her daughter to her ex-husband, has no job. But eventually finds her way back in Oklahoma, with the man she loved before.

Also, there is a priest, Father Quintana (Javier Bardem). He is important? Somehow? 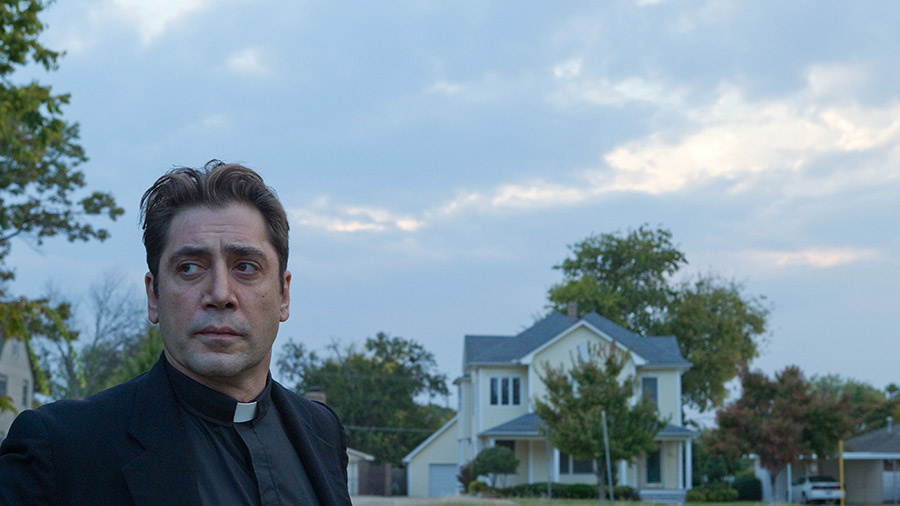 See? He gets his own cool artsy shots and stuff.

Fuck. What in the fuck. Artsy movies sometimes really piss me off, when they go all art and no…substance? I want to say substance. It seems harsh, but it feels appropriate.

I found out there wasn’t a real script for this movie. Just an idea. Which explains how the entire thing is void of any real dialogue, minus one scene between Rachel and Ben. The actors were told to use body language and act a much as possible. You know what happens when you only use body language? A lot of strange scenes where two people are standing near each other, but looking off to the sunset or the hills, and then back at each other, then back at the scenery. All spliced together with other imagery.

Gah. I should I have paid attention to the director. Terrence Malick. I’ve reviewed one other movie from him. The Tree Of Life. A very polarizing movie, with good imagery, that people either loved or hated. I wonder if this is the same? I’ve actually only heard negative things, but I still wanted to watch for Ben.

Yes. A lot of the movie is visually pleasing, but I don’t want to see characters stand around during voice overs for two hours in pretty scenery. It is just not worth it.

The fact that I could write that plot summary only came thanks to the wikipedia article on it. Without it being explained, a lot of it just seemed up in the air and for anyone to interpret as they would like. I interpreted it as a shitty movie.

0 out of 4.
Tags:0 out of 4, Ben Affleck, Drama, Javier Bardem, Olga Kurylenko, Rachel McAdams, To The Wonder