Is it supposed to be a drunk guy getting a saying wrong? Is it someone so completely lost that they can’t even sentence right?

Or does it want to go one step further? Does it want the viewer to over analyze the title so much that they, too, become Time Out Of Mind? Shit. This is too spooky for me. I hope it doesn’t cause me to obsess too long over this, so that I can’t focus at work, lose my job, become homeless, and wander the streets looking for spare change and someone to give me a sandwich or something. 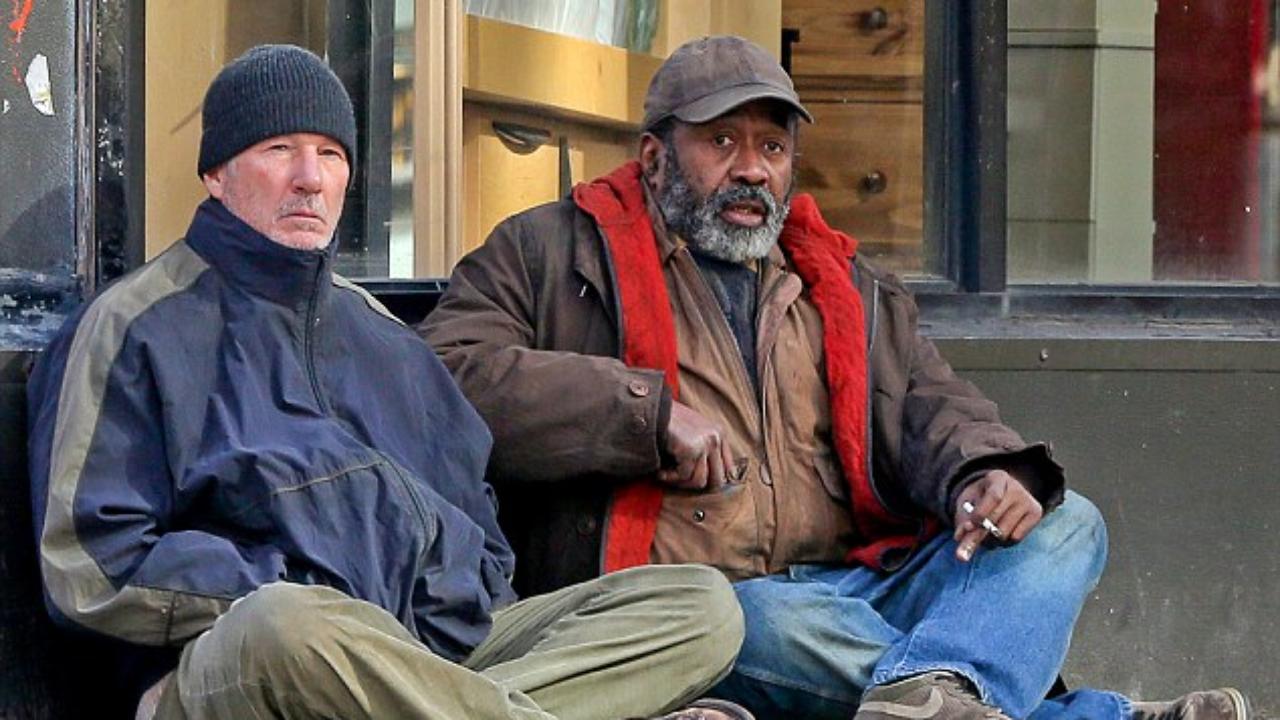 When being a homeless person on the mean streets of New York, it is best to use the buddy system.

His name is George (Richard Gere), and he is homeless. But those are words you wouldn’t ever hear him say. No, life just sucks a bit right now. He has made bad decisions and has no job sure, but he isn’t some homeless asshole.

He had a place to stay, but bad things happened and the person who owned it is now evicted. He can’t stay there, he can’t stay anywhere. He tries to just sleep in ER lobbies, but even they throw him out.

So sure. Fuck it. He will go to the official center for homeless men. He has no ID of any sort because his wallet was stolen while he was sleeping outside, so that is a big issue. There is no way he can get a job, he is too old. There is no way he can do much of anything without the proof that he is even alive. I should also mention he has a daughter, Maggie (Jena Malone), but she hates him and his inability to face his own reality.

Also helping him cope with his situation include Steve Buscemi for a whole 1-2 scenes, Kyra Sedgwick, and Ben Vereen, who more famously voice the preacher bird in Once Upon A Forrest. 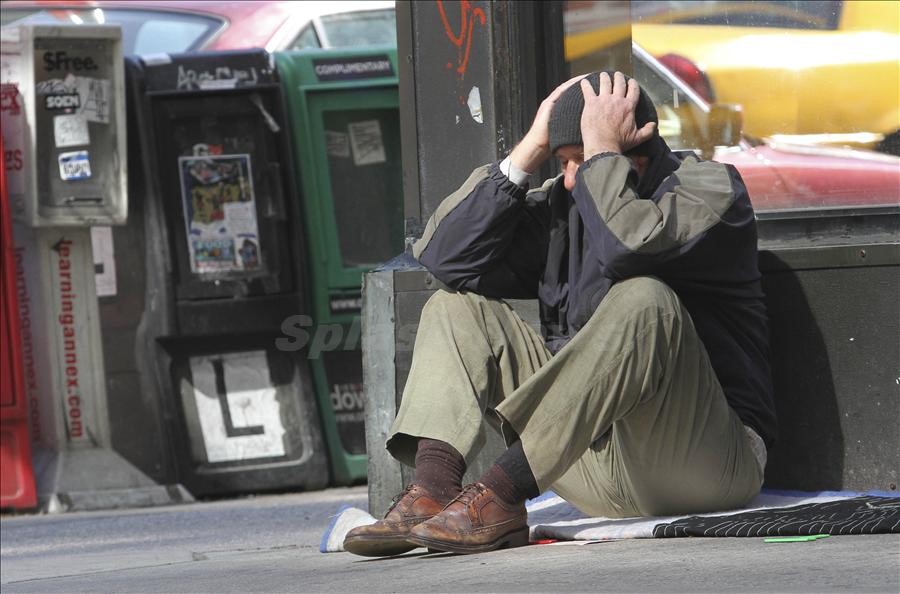 If you lose your buddy, you’re gonna have a bad time.

Time Out Of Mind is a strange movie. Turns out I have seen both other movies directed by Oren Moverman, The Messenger and Rampart. The difference between those movies of course is that the former was amazing and emotional, and the later was just a boring mess, now made famous by a bad AMA on Reddit. Thankfully, if you can sit through it, Time Out of Mind falls closer to The Messenger than Rampart.

Time Out of Mind is slow, it is bleak, and it doesn’t take you on a wonderful journey. George’s life just plain ole sucks and barely anything positive happens to him in the film. In this way, it is almost brutally realistic (don’t worry, nothing super graphic in the film). Moverman uses a lot of longer takes with the camera a bit farther away than normal from those acting. This helps as a constant reminder that George is just a very small piece of an ever moving and non caring city that makes his home, adding to the overall bleakness of his situation.

Time Out Of Mind is also not the movie for everyone. I was on the verge halfway through of pausing it to do something “fun” for awhile, not even sure if I was liking or hating what I saw. But what really turned the whole thing around for me was Vereen. He acted the shit out of this movie. He went full on into his character, a babbling homeless man who has lost his wits but befriends George. Gere’s acting was fine, but his character was a bit uninteresting in his constant pessimism. But Vereen though, he nailed it. Watch it for Vereen. And to make you sad about America. But mostly Vereen.