Skip to content
HomeUncategorizedThis Film Is Not Yet Rated

Ahhhh another documentary, run for the hills!

Thankfully, in a documentary such as This Film Is Not Yet Rated, it doesn’t really tackle an issue that people are 50/50 on. Most people I know are all on the same side of the argument.

Which argument? The MPAA sucks argument. 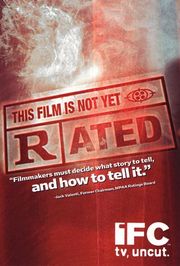 I have no idea what kind of pictures to show for this review.

Seriously. If someone actually before this was like “Man, the MPAA is great. They are so consistent with movie ratings,” then I would think that was a made up person.

It is one of the easiest things to bitch about when bitching about movies. “How the hell is this rated PG-13 when blahblah is Rated R? How have we gotten more strict on movies (Jaws is PG) and less strict on violence and gore?”

It went over the history of the MPAA, and how films get their ratings. There is a secret board made of parents with children from 5-17 years old, and apparently they can’t serve more than five years. Their identities are kept secret in order to protect them. They watch a movie, determine a rating based on what they feel are appropriate for their children, and that is it. They specifically are parents with no training in terms of film education or child up bringing, because they wanted an “Average consensus”.

Now what is wrong? Well, Kirby Dick, the director/narrator also hired private detectives to figure out the board. At the time, a lot of their members had their kids outside of the range stated, and one even had no children at all. Similarly, they found out that larger film producers were given more specifics on what to cut, specific scenes that earned them a hire rating and how to make it lower, while indie people were given a rating and said to resubmit with cuts with no hints.

It also showed a bias in the rating between sex material, and was more willing to give an NC-17 if it was homosexual sex versus heterosexual sex.

As an added bonus, he submitted his film for rating (which received an NC-17 for the scenes in it of NC-17 films). But also recorded that process as best he could (phone calls) etc, and also the repeal process. The repeal board is a different group of individuals, and also includes a protestant and catholic priest (which may or may not get to vote).

No cameras were allowed in the building, and for some reason they refused to release any individual names and quickly got pissed off and said no to his repeal. Thankfully the private investigators already investigated who was at those meetings months earlier! Oh yeah, most of the appeal people are movie theater and studio executives. 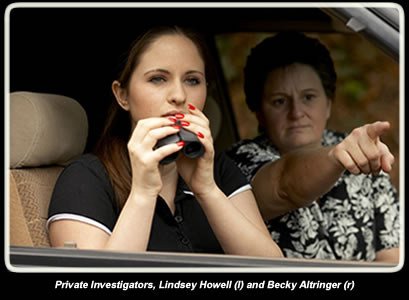 What have we learned? That PI’s ar pretty kick ass in real life too.

Now that it is 5-6 years later after released. What has changed?

Hell if I know. I bet board members were changed on the MPAA to fit the standards they claimed. But the repeal board? Eh, maybe just the normal changes over time. But as the MPAA gotten any better?

Hell no. So many ratings disputes still up for grabs, all of that Bully drama (which I might not disagree with. Wanting to show it to middle/high schoolers is not a reason enough to lower a rating. Also the Weinstein bros have said that the best type of advertising is free advertising…aka controversy), and you know, other stuff.

All this means is the movie did absolutely nothing to warrant a change. But as far as I am concerned, this and the FCC need to go, and we just have to make more people mad about it. Kony 2012 this bitch! Watch this movie, is on Netflix (eek!), who helped make it (oh okay). And if you want to hate the FCC more, feel free to watch Bullshit! episode on Profanity.