Yes! Finally. Who hasn’t been waiting to watch The Way, the first Emilio Estevez directed movie ever? I know I have. I mean he has the look and everything down pact. 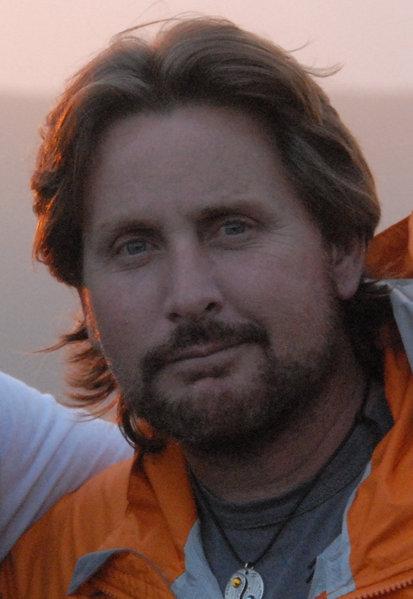 One step closer to finally becoming a true hipster.

Emilio is also in this movie. He is a guy who doesn’t want to finish working on his PhD and instead wants to walk The Way Of St. James, a catholic pilgrimage to Santiago, to the burial place of St. James. It has a lot of different routes, and can take between weeks and months depending on the path you pick. People apparently hike this all the time, with tons of hostels, churches, homes open along the way, with lots of guides depicting the different places to stay. So yeah, he was going to do that, but while hiking alone one portion, a storm hits and he dies. Shit.

His dad, Martin Sheen (in real life and the movie, oh man!) is an eye doctor and gets the news of the death and flies to Europe to identify the body. Despite disagreeing with his choices that lead up to that point, he decides to take a few months off of work and hike the trail himself, planning on placing his sons ashes along the way until he reaches Santiago. He also plans on going alone, despite his old age and what happened to his son. He is kind of grouchy. He isn’t religious himself, bu raise Catholic, and doesn’t want anyone to realize his business.

He meets travel companions (Despite his best efforts), including Joost the Dutch man (Yorick van Wageningen), looking to lose a little weight and feast upon the best meals in Europe. Sarah (Deborah Kara Unger) is a Canadian smoker (trying to quit, but barely), and also has had some bad relationships in her past. Jack, the Irishman (James Nesbitt), is a crazy writer who has had writers block for months, and needs inspiration, but finds meaning in every little thing.

Along the way they also deal with having to camp out due to creepy home owners, keeping to a schedule, getting arrested, losing their packs to water or thieves, gypsies, and a lot more. Oh yeah, and dealing with each others problems. Also figuring out why exactly they are on the journey, and whether or not is different than their original reasonings. 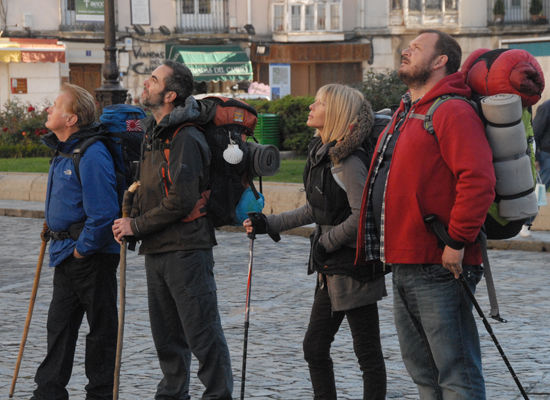 Oh what shenanigans these four get in to!

I am not a religious man, nor does this movie push any religion on to you. Most of the reasons for people walking the path involve religion, but it also shows it doesn’t have to be about that.

Martin Sheen is playing a pretty old guy, who really just needs to find himself and take a look at his own life. Old dogs can learn new tricks, in this movie.

Overall, I think it was really a beautiful film. The people all have a lot of depth to them, and although there are a few stereotypes in the other characters they meet, these travelers aren’t complete cookie cutter people. But yes, the Dutch guy does have drugs. That one is definitely there. What started out as a son telling his dad he should travel more, turned into a great journey of discovery.

I have no idea how to end this review.