The Vast of Night is certainly not a film I had heard of before receiving a screener. Starring no one famous, by a first time director, with a low budget, not going to theaters.

“But nothing is going to theaters now!” Well, yeah, I know that. But this might have never gone to theaters if they were open. Instead, it is on Amazon Prime (as of Friday, May 29).

And now you know why I am just going to start the intro. 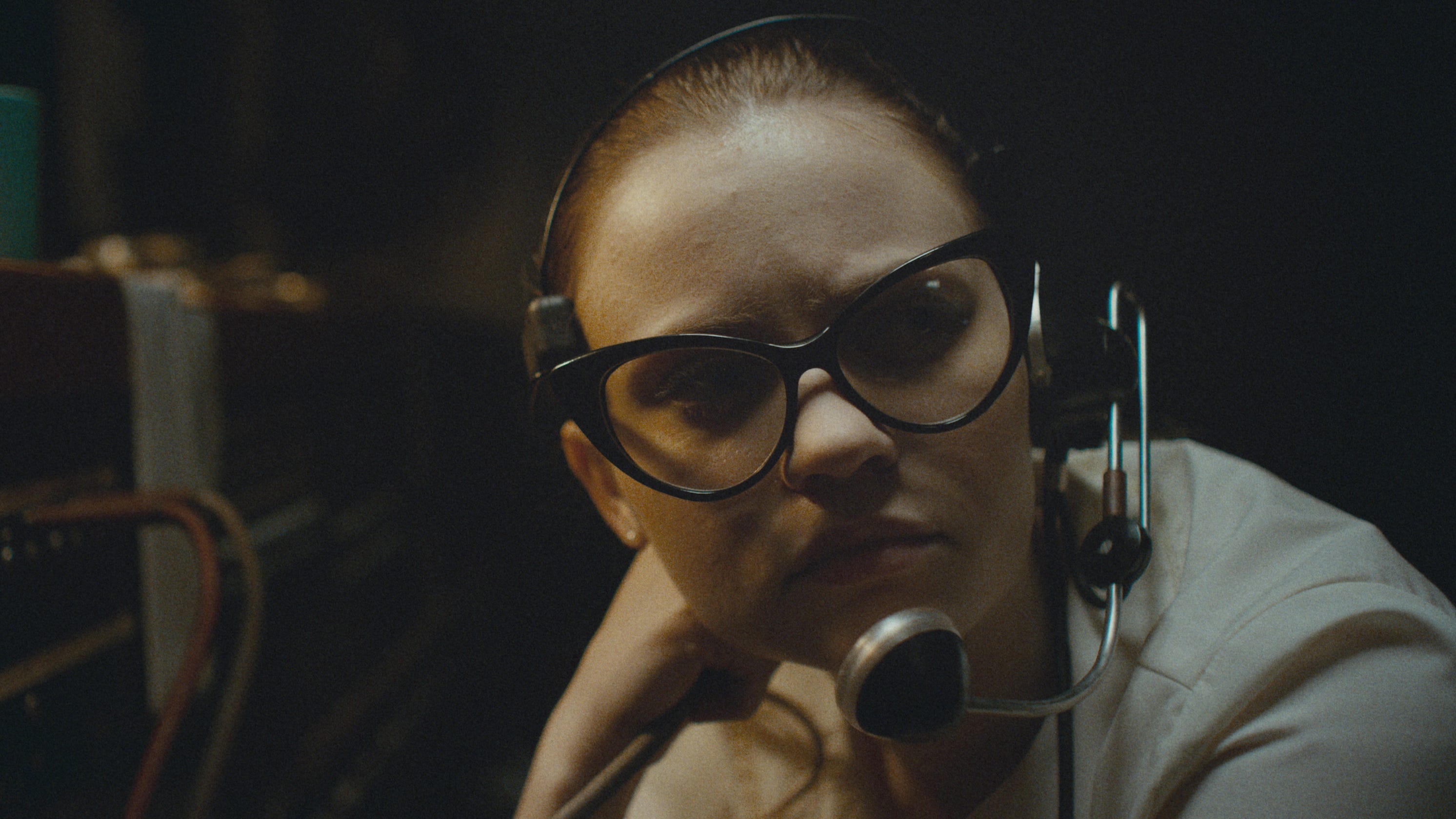 And after this review, we will plug you back into your regularly scheduled scrolling on your social medias.

DJ Everett (Jake Horowitz) and Fay Crocker (Sierra McCormick) are two younger kiddos living out in New Mexico in the 1950’s. They are both hip in the tech world too. DJ Everett is the host of his own radio show in his local community, full of interviews of people from town and elsewhere, hoping to make it big and leave his small community. Fay is interested in the future of technology and getting better at it herself, and is his switch board operator for the show.

During one night, most of the community is caring more about a local basketball game, but the show must go on. And in the early parts of the show, Fay hears a strange noise, one she has never heard before, nor has anyone she asks. In fact, when she brings this to Everett’s attention, this becomes their new focus, playing it for others to see if they can help them figure out what made that noise.

And they get a call. A mysterious person. Saying they heard the noise before, long ago, but afraid to let that story go public. This leads to another story, more secrets, more missing people, and more disbelief.

But this is 1950’s New Mexico and a small town, what could possibly be tormenting this town?

Yes, we get people talking on the phone, get hyped!

This is clearly a film on a small budget. Don’t worry, it is obvious to the viewers what must be going on really early on, and only isn’t obvious to those in the movie given the time period it is taken during. A lot of it is a set up for the ending, but despite the budget, you will get to see something for those afraid they won’t.

Most of it is teasing to the ending, as I just said, so we are relying on characters literally just talking to each other. Thankfully, the director decided to go with long takes for most of these conversations, so they ooze out natural pacing and behavior. One of the two main story tellers is only able to be heard on the phone, but Davis has a nice voice to listen to and helped really start the build of the tension. I know what you are thinking. A movie with people talking on the phone for awhile? Is it like Locke? Eh, not really.

It is relatively slower paced early on and really takes awhile to feel tense, but by the end tense it is despite the still relatively low stakes. The cinematographer and composer really put in good work to make the build up. It was an average movie for most of it until it built up by the end.

The leads of Horowitz and McCormick work extremely well together and do a lot of work with not just their words, but their faces as well. They have that curiosity and drive to solve their own mystery with their own individual reasons behind it.

The Vast of Night is a low key film that will build up the thrills by the end, dealing with strange sounds and radio waves, and great performances from its leads.

3 out of 4.
Tags:3 out of 4, Bruce Davis, Drama, Gail Cronauer, Jake Horowitz, Sci-Fi, Sierra McCormick, The Vast of Night, Thriller