To be an effective satire, the audience has to understand what the film is satirizing. So if you told me I was going to be watching a movie that satirizes modern art, I might have changed my mindset going into The Square.

I don’t know shit about modern art, or modern art galleries, or modern tuxedo affairs, So I wouldn’t really understand when it was being made fun of. I mean, on the surface, one might just go and assume this is a normal art film about quirk art people, not going for some deeper meaning behind the whole thing.

Oh well, it is long, and it is Swedish, and I don’t have enough Swedish films on my site. I will take it. 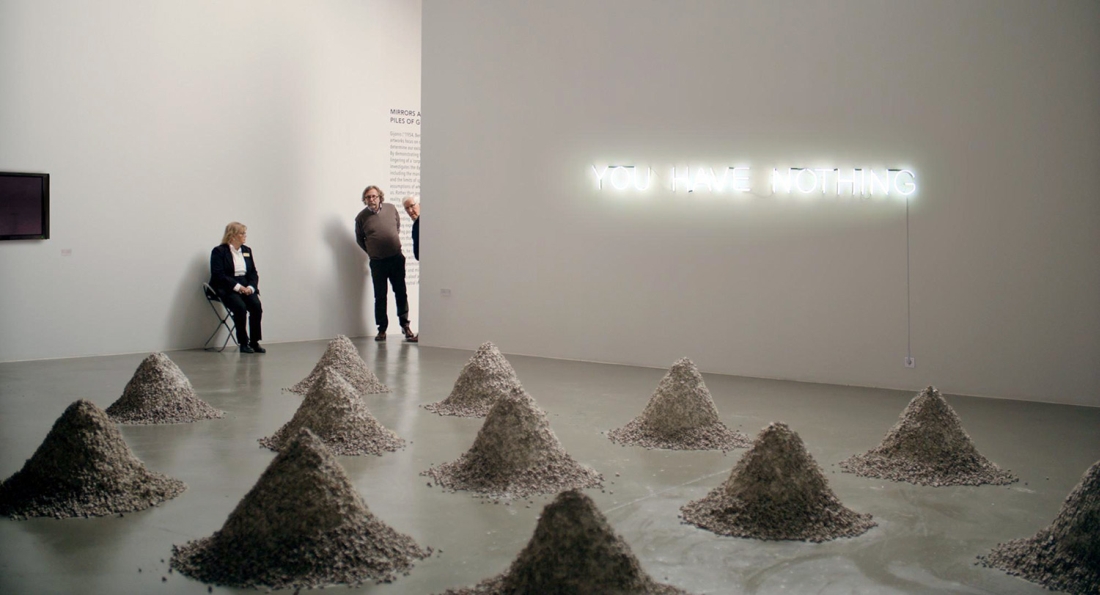 Things are about to get weird for Christian (Claes Bang), who up to now has been living a modest, yet successful life in Sweden. He runs a modern art museum, meaning they have to constantly be on the cutting edge of new and modern art. They are constantly seeking new sources of funding, new ways to advertise, and ways to stay relevant in the modern world.

I mean, you’d think everyone in Sweden would care about art enough to just go to their place every new exhibit. But maybe they aren’t as hip as we thought.

Their newest exhibit is called, The Square, with the statement, “The Square is a sanctuary of trust and caring. Within it we all share equal rights and obligations.,” as its punchline. It is about being nice to strangers and the homeless. It is not sexy or controversial. So when it comes to a new advertising campaign, they decide to go with an outside group who decide that they need to turn this nice idea into a controversy. To make a viral video anyway possible.

And sure, that will backfire. But that is only the tip of the iceberg when it comes to problems with Christian. 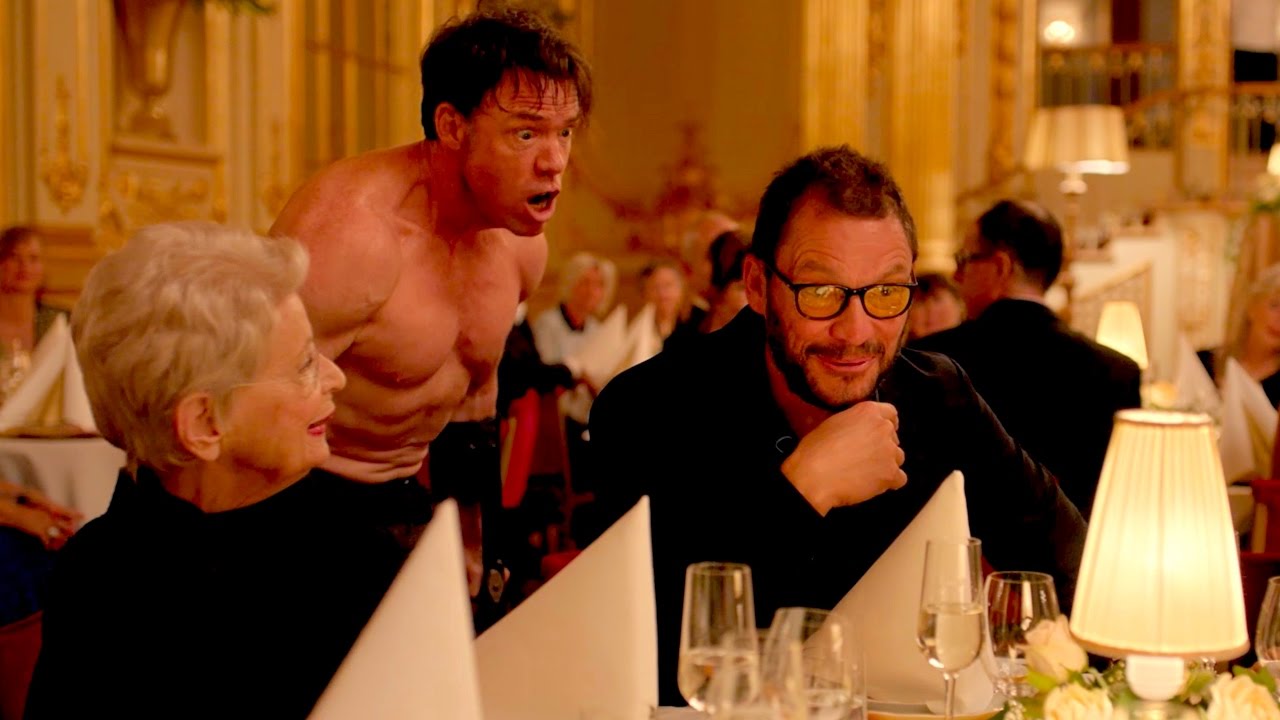 This man most recently played Kong in Kong: Skull Island.

The Square was definitely an experience and a hard one to really describe. At almost 2.5 hours long, it was about a lot of things, and a bit about nothing at all. It was about a man who would have a lot of hard experiences, some seemingly ironic given his supposed stances on life. A story about getting harassed by a kid. A story of lost items. A story about trusting strangers who will turn on you in a heartbeat. And a story about art taken to an extreme and a public unwilling to break away from their comfort zone.

The biggest moment comes from the scene in the second picture, which would have played out like a horror story if it went on any further. You don’t have to understand modern art in order to understand what the director is saying about that scene, in relation to the message of The Square. However, it turns out it was based on modern art as well. It was based on Oleg Kulik, an eccentric artist (read, asshole?), who imitated a dog as part of art and bit people.

Bang does good as our lead, looking the part of a man who we want to root for, but who makes strange decisions that question our own goals. Is he an asshole, is he down on his luck, or is he really a good guy? It is really hard to tell, but he is definitely a coward.

The Square is an experience, it is not for everyone, and it will be remembered in the future as a really weird film.