I didn’t think I’d ever watch The Sorcerer’s Apprentice when it came out. And by never watch, I mean watch eventually, because I watch everything eventually (I hope). All I knew about it is that it had Nick Cage, some dude, some other dude, and had maybe a magic card game reference or two. Realizing it was definitely a Disney movie meant it couldn’t be the level of badassery that I wanted. 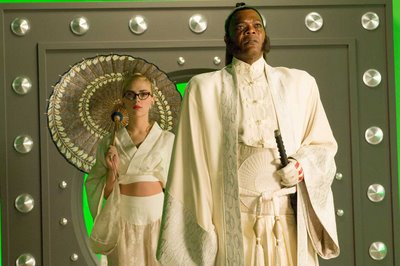 This is the expected level. SLJ in Samurai garb with a ScarJo on the side.

Oh what? The main dude is Jay Baruchel? The Canadian? Well that is cool. I have always been a kind of fan of his since I saw Undeclared, despite now just always playing a sort of awkward nerd. The beginning of this movie was horribly cheesy. To me it looked like no one cared so I figured I’d mock the movie in my head the whole time. Not to mention the first time they are in NYC, it begins in 2000. It scared me, because I thought the main dude was supposed to be at least a teenager, not some kid. But thankfully there was a fight scene soon and then he got older.

What I appreciate out of this film is that there was an attempt to bring science into it. It is not the first movie to say science and magic are similar, but I always seem to prefer that instead of an entirely magical route. After all, who doesnt want the main characters in their movies to always be nerds? The effects in the movie are pretty good, which is another reason I wanted to watch it on Blu-Ray.

The plot falls where a lot of movies fall though. Spend the whole movie trying to lead up to this big encounter with the main character and the meanest super villain ever (not to be confused with the main villain throughout the movie) and the fight doesn’t last that long. I think it would be a lot scary if the big villain in these movies happened earlier, so at least then there isn’t all of this buildup that turns into a, “oh they used a cheap trick somewhat talked about earlier in the movie to win kind of easily after all”. This of course happens a lot. Tis a Cop Out. 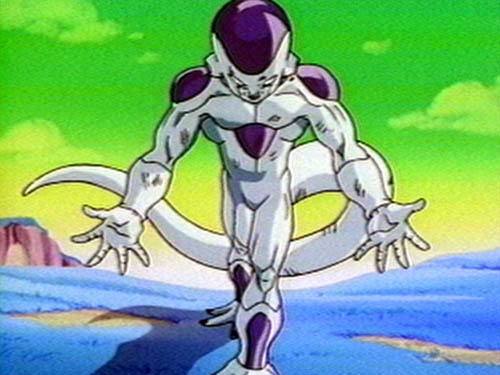 It is like the opposite of Dragon Ball “bosses”.