When is the last time we got a good western?

Oh, you mean like, every year over the last decade? Hells yeah.

Since Westerns went out of style, we get a lot less of them, and they end up being a lot higher quality. Not when we were oversaturated with the westerns decades ago. They were like the superhero movies of their time.

Needless to say, this year we already had a western Damsel, that I for sure did not see. But I saw The Sisters Brothers, which has a chance to be the western of 2018. And if not, then sure, Damsel. 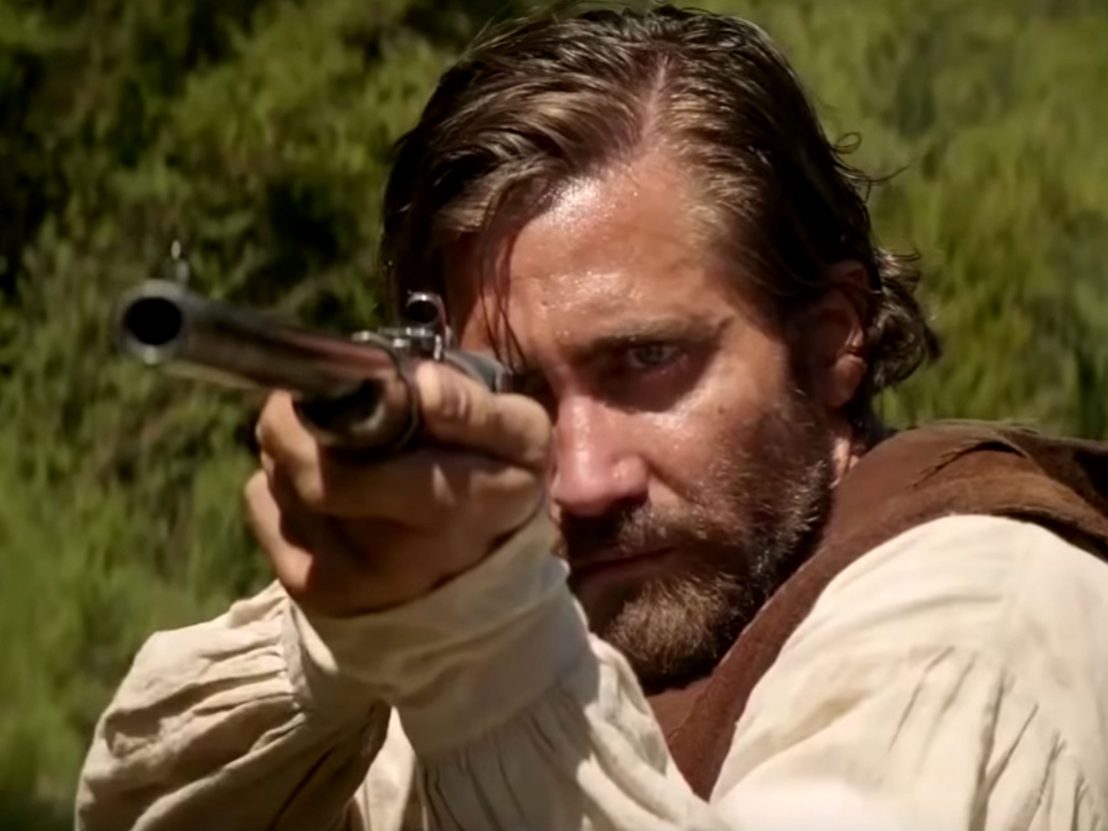 Damsel probably doesn’t have a bearded Gyllenhaal though, sooooo…

Set somewhere in the 1800’s, the brothers Eli (John C. Reilly) and Christian Sisters (Joaquin Phoenix) are good at killing and a bit proud of it. They can take out a whole group and walk away unscathed. Some say it is thanks to their dad being a straight up killer madman as well. And some people say…well, they only say that one thing.

They work for The Commodore, a man who runs a large area with his wealth and outlaws. If someone steals or messes with him, they end up dead. And now the brothers have to try and catch up with a prospector (Riz Ahmed) who stole something from the Commodore. Trying to catch up to someone before they make it many states away can be quite the burden, especially if they don’t exactly know where he will be.

Thankfully, another worker of The Commodore, John Morris (Jake Gyllenhaal), has been following the prospector and keeping notes along the way for the brothers to follow. He is a writer, not a killer, so he couldn’t do anything that could cause a person that much pain. Even though it would make things simpler.

But when the prospector and the author start to develop a friendship, with dreams of making it big, then anything can change. 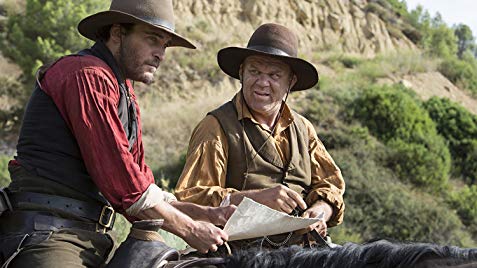 Let me just say, before I get really into the movie, that this film had the most infuriating credits intro I have ever seen. Apparently a lot of companies were behind this one, and so they had to show them all at the start, you know, for legal reasons. And it started with one at the bottom of the screen in a strange shimmer color font.Then the next one appeared directly on top of it. And so on. And some lines had more than one group. Overall, it was 7 rows of words stacked on top of each other, filling in the black screen, and for whatever reason, it made me angry.

Making me read down to up? Just filling things up and not fading anything away? I was mad.

And the film really didn’t make me happy. It is not a comedy or anything, a serious drama, with the occasional jokes. About two brothers, overall, who are good at killing people and have to go around killing a lot of people. And it is also a lot about the prospector and Gyllenhaal’s character.

The Sisters Brothers is about a few characters. It is definitely not about the story. The plot is pretty poor. It feels really long and drawn out, not to showcase great shots, because the shots are just okay. The acting is decent, it has some moments that are cool to see. But we also have night scenes with not great lighting, because they are going for realistic, and that is a shame if those things are big events, like the introduction or when main characters get hurt.

I was disappointed with The Sisters Brothers. This is not a knock on Reilly, Phoenix, Gyllenhaal, or Ahmed, who all acted wonderfully. But the film put me to sleep and felt like it was going nowhere fast.