Sometimes the Japanese don’t produce their own original content. Seriously, did you know that? I learned that last night. I never even considered that fact! But damn, it can happen.

So we have The Secret World Of Arrietty (or just Arietty if you have the fancy non American version), which is based on The Borrowers! And maybe I also just learned that they were a series of books before that movie in the 90s. Holy crap, there are like three Borrowers movies.

Fuck it, today is a day of learning and facts. It has been declared! 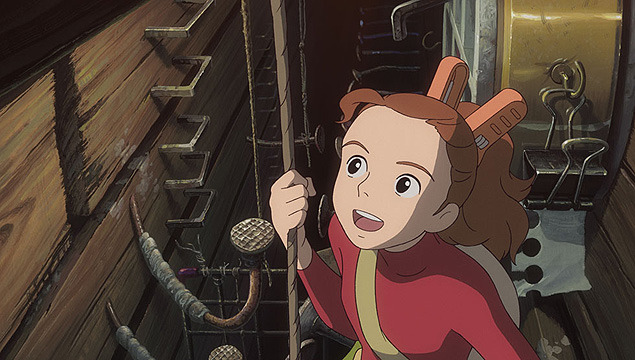 Don’t spray your house for bugs ever. Might end up killing a tiny human, you monster.

Shawn (David Henrie, some 23 year old who was a Wizard in a Disney show and the SON in How I Met Your Mother), is a 12 year old boy with a bad heart. So he goes off to live with his aunt for a week before his surgery, in the nice peaceful countryside.

At the same time, we have Arrietty (Bridgit Mendler who was…also a Wizard in a disney show?), who has just turned 14 but you know, is only a few inches tall, a borrower who lives in the house with her father and mother (Will Arnett and Amy Poehler, who formed an incestuous relationship in Blades Of Glory).

Well on her first borrowing mission, she ends up dropping a sugar cube and accidentally waking up the delirious Shawn, who wants her to stay, quite creepily. But she runs away, and her parents are freaking out. Especially when he leaves the sugar cube near their home with a note “You Forgot Something”. Shit, this might turn into a horror movie soon, or the weirdest relationship ever.

Either way, she becomes more and more curious about the human, despite the parent warnings. Humans kill Borrowers, or other evil things. Especially that shady housekeeper, Hara (Carol Burnett, who I have nothing clever to add here for your knowledge), who thinks they exist but has no proof (yet). But if their shenanigans continue, they might have to move anyways. Especially if Hara gets involved. Hopefully they meet some savage Borrower who can help them find a new home, like that Spiller guy (Moises Arias, who was someone on a Miley Cyrus show and…maybe a wizard. What the fuck?). 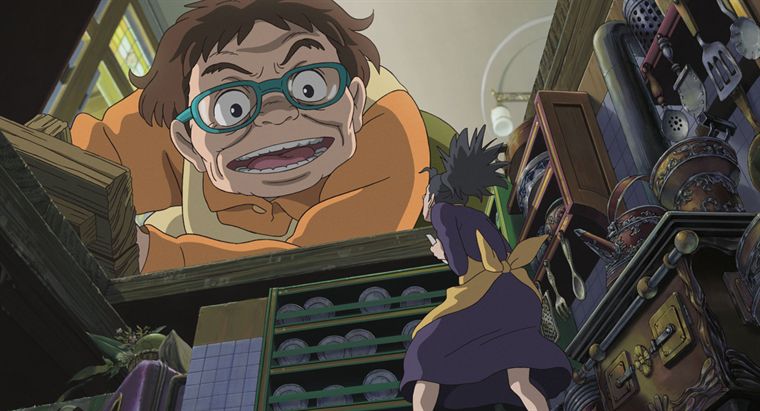 To me this whole movie, her crazy mean face reminded me a bit of Stich’s face.

Now I am going to base this off the dubbed version of course, but I think unintentionally they made a lot of this really creepy. Like, having a 23 year old male voice a 12 year old kid. His voice was strangely deep, and spoke super slow. I felt scared that he’d turn out to be a serial killer or, you know, worse.

That with the ending are really my only complaints. It kind of left it super open ended, and didn’t really do much for my plot questions.

But outside of that, loved pretty much everything else. Especially the animation. I watched it on DVD and was still floored away with it. Obviously it wasn’t CGI, but it was just really really well done and processed I guess. If I had seen it on Blu-Ray I wouldn’t have believed it possible.

But the characters were nice, the music was nice, and the story was simple and only slightly felt stolen. Hey, its all good.