Hey! Come over here. Closer. Closer. I got a secret. Let me tell you it in your ear.

Hah, got you. Remember a decade plus ago when The Secret was a thing? Some book about unlocking the key to the universe! It lead to vision boards, if I am not mistaken. Put positivity out there, and it will come back to you with rewards and money or something. I dunno, I never read the book. They made a documentary about this topic.

And now we get a movie! The Secret: Dare to Dream! It has a fancy subtitle to, you know, daring you to dream. It thinks you are a bitch and won’t take the dare. Come on chicken, bawka bawka. Do it. Dream. They dare you.

That envelope better have fat stacks of cash.
Miranda Wells (Katie Holmes) is so goddamn bitter. She has her reasons. Her husband died, and he was an engineer, about to come out with this great invention to make them super rich. But he died. So she is raising three kids (Sarah Hoffmeister, Aidan Pierce Brennan, Chloe Lee) mostly on her own. Her boss at a local fish restaurant is also her now boyfriend (Jerry O’Connell), which makes her feel uncomfortable when he steps in to pay for things.

And he makes her just feel uncomfortable in general, but she isn’t in it for love, just survival at this point, and her mom (Celia Weston) adores him.

This is when Bray Johnson (Josh Lucas) slams into her life. Or at least the opposite, because she slams her vehicle into his. We see Bray being super happy and helpful with people, so he is super happy and helpful with her too. Sure, no worry about insurance, let’s help fix your vehicle. Oh and roof. And other things. Help help help. Thanks stranger!

Why is this guy so positive and obsessed with Miranda Wells? Can he make her happy?!. 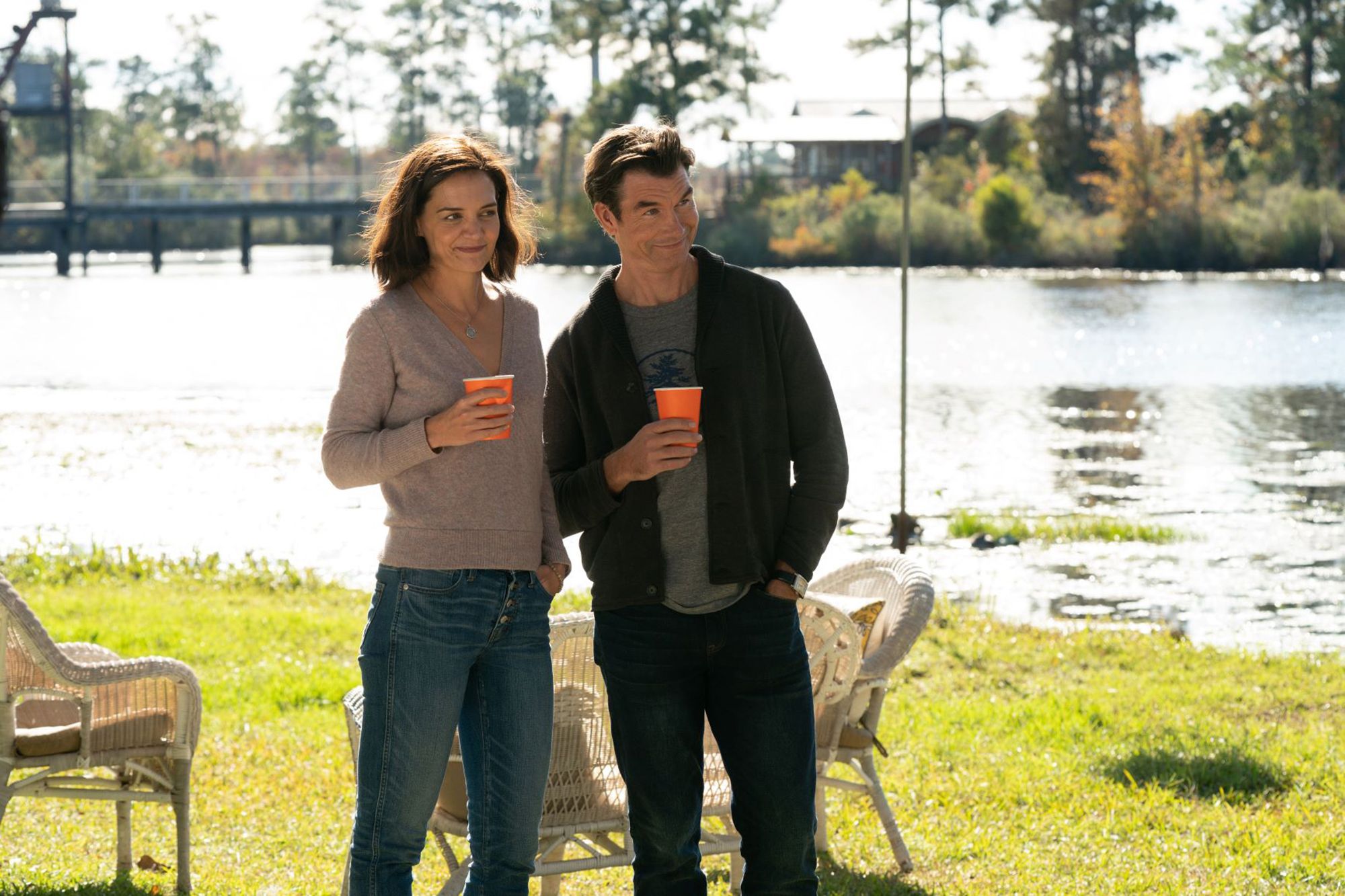 Jerry O’Connell, playing the asshole boyfriend most of his career.
I definitely went into this film ready to just hate it. Don’t give me this nonsense. The Secret has some good life advice, but don’t turn it into some mystical thing, you know?

The beginning was very much on point with making this movie feel like the 90’s or 00’s. “Miranda Wells has so much shit on her plate! How can it get any worse?!” But you know what? Lucas is very charismatic and sweet. Hard not to get lost in his eyes, his work ethic, and his…secrets.

You see, not only is The Secret about The Secret way of thinking, but there is also a big Secret in this film. We have layers to our secrets.

And that is the reason why my rating dropped. The characters reactions at a certain birthday party came out of nowhere, and became a trope of easy to fix miscommunication makes people mad and upset. But it was even worse, because even with miscommunication, there was little justification for causing a scene the way it occurred. The movie fell back into the trash pit, and stayed there, especially as things fixed them self in one of the most ridiculous ways possible.

Overall, this movie has little going for it and is definitely a decade too late.