Well, if you have wondered any of this, you have come to the right documentary. The Search For General Tso answers all of these questions and more! Hell, it does it in under 80 minutes as well. That means you can watch even more documentaries in a single day!

First of all, we have to accept that you can go to any Chinese restaurant around the country and basically get the same exact menu. The same chicken dishes, beef dishes, fish, pork, appetizers. Hell, might even get crinkle fries. You will get some soy sauce packets, the orange sauce packets (whatever the fuck that is), some fortune cookies, and probably get your food in a typical container.

Look at the picture below. If you go to the store, you will probably see a visual menu with that bad boy on it, General Tso’s chicken, and it will look a lot like that.

Why is that?! Again, it will explain how that ended up working out.

First of all, I should mention that General Tso was a real person and a pretty bad ass warrior. He made the rank of General! 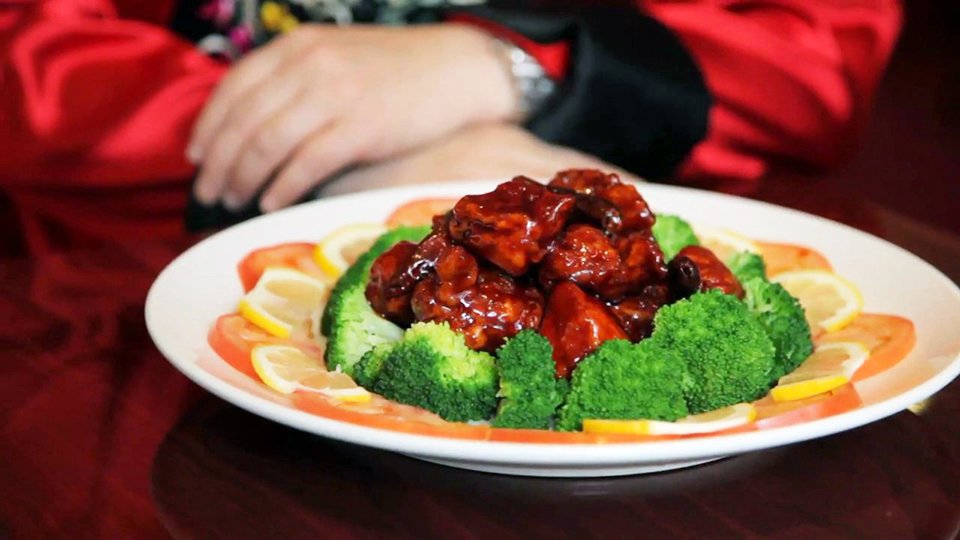 And this is food for any military commander.

So the actual search for General Tso ended up being pretty easy. Since he has museum’s named after him, and whole buildings in parts of China.

That means the next hour of the documentary has to talk about something. So it talks about everything. Chinese immigration to the US, lack of jobs for immigrants / policies to prevent the Chinese from doing a lot, turning traditional Chinese food into Americanized versions, the rise of Chop Suey, why everything looks the same, and the eventual decline of the food.

And what’s that? Oh yeah, when General Tso’s chicken came into being. Where it came from, who invented it, and why it became super popular after the fact.

The Search for General Tso is a weird documentary and clearly it goes over a lot of information. It is incredibly informative, but not necessarily on information you ever thought you would care about. I feel like I learned a lot in the time frame, but I also felt like I could have learned more.

This film felt like the post it notes on the subject. The quick and dirty to tell the story, but without getting into the nitty gritty details. They spent maybe 3 minutes talking about Jewish families and Chinese Food, but there is a lot of history there. There could have been more on other dishes that started and why they became familiar. They didn’t even start to touch on the Chinese Buffet phenomenon, which probably had an interesting story as well.

A good start, but damn it, I want more.